With the massive amount of doggie ear gunk we’ve been dealing with recently, I thought it was only appropriate to share an earful (#punintended) on our detoxing progress… 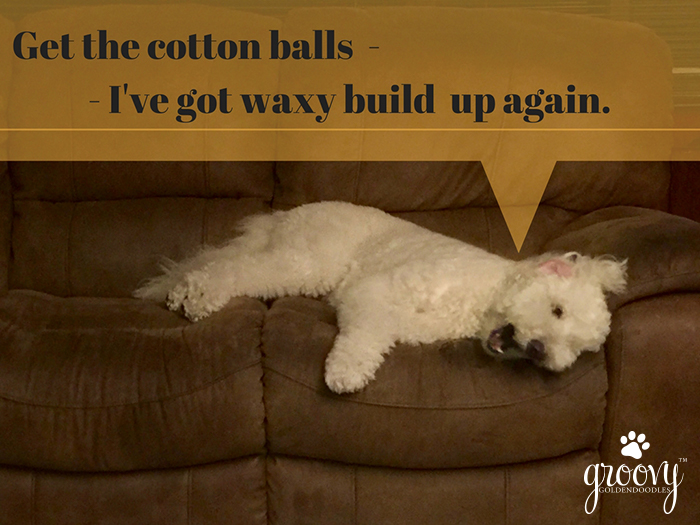 It was mid/late September when a major life-style change was implemented.

I transitioned the Boys to a more species appropriate diet – an air dried alternative to feeding raw.

The Boys adjusted instantly, no stomach or bowel issues at all. I like the ingredients, the process, AND the benefits.

Due to the toxins which have accumulated in their system over the years, the body is now ridding itself from them all.

means to rid of poisons or the effects of poison. Poison is defined as any substance that has an inherent tendency to destroy life or impair health. Pesticides, chemicals, devitalized food and vaccinations all set up toxic situations in the system. The body must rid itself of these poisons. We see symptoms of detoxification with vomiting, diarrhea, bad breath, itchy skin, draining eyes and ears, and cysts and tumors, to name a few. After your animals start eating fresh foods, their bodies will detoxify because they now have the nutrients to build healthy systems and no longer will have the need to suppress disease. You will notice it more with some animals than with others. Detoxification can start immediately or it may take days, weeks or months before the animal’s body is healthy enough to detoxify. Source: Sirius Dog

If you remember, this all began because we were loosing the environmental allergen battle once we relocated to SC. My happy place was making my dog miserable.

While Harley was my main focus in finding a natural “alternative” way to beat this beast, Jaxson’s allergy symptoms were mild in comparison.

Ear infections – Jaxson’s only nemesis. They reoccurred regularly until we switched to ZIWI Peak. Those first two weeks I found myself cleaning his ears daily using an all natural ear wipe. Then the waxy build-up stopped and his ears have been great ever since. Every once in a while he’ll scratch behind his ears, but when I check there’s nothing there. #doodleful

NOT FOR THE FAINT OF HEART –

Harley on the other hand is a totally different Doodle. 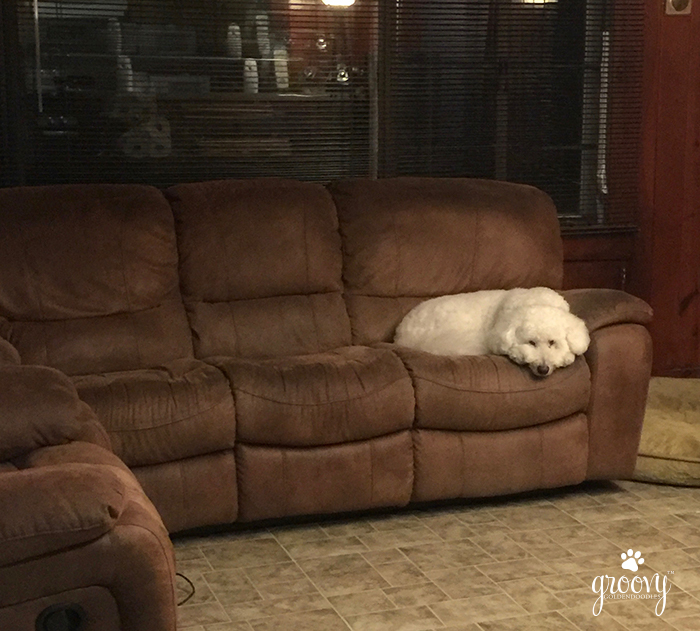 His allergies started as soon as we unpacked the last box. At first we thought – temporary, then we tried to convince ourselves – seasonal – LOL

There really isn’t but one season here in Charleston #lovelyweather

Pawhaps this is why it’s taking him longer to “get-right.”

We’re bathing like a human now. I’m lathering him up in natural, homeopathic, medicated shampoo and leave in conditioner all the time! Yet a few hours later the “funkadoodle” returns.

This Dood can clear an entire room! –

Giving him a bath seems to relieve the discomfort. Bacteria builds up on the skin and causes the itchiness (like when we’re hot and sweaty). Even though it can be time consuming, I’m on board with constant bathing. This can’t last forever.

The good in all of this, is that he’s a text book case of what TO expect from a dog that is actually detoxing. #blessed

But the bad in all of this is that he’s a text book case. #cursed

It’s important (to me) to share the good the bad and the very ugly when I write, especially when we’re talking about the health of our pups. Someone may read this and help me, or not feel so alone. Or maybe it’s cheaper than me seeing a therapist 🙂

Whatever the reason, here are three recent photos of Harley’s ear… 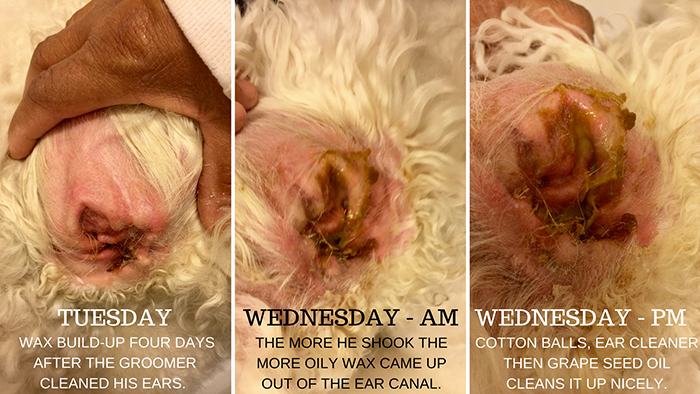 Just last Friday he had a bath and his ears were cleaned. These photos were taken Tuesday, Wednesday morning, and then Wednesday evening of THIS week.

Thursday morning when I checked them, they were looking better, still a little waxy but clear of the “ear gunk” you see in these photos.

the gunk was back in town #thecircleofgunk

LOOKING FOR THE LIGHT –

They say there’s a light at the end of every tunnel. Since we’re in week seven, I’m squinting as I search for a glimpse of said light.

However, both Boys are active as ever, happy, and affectionate as always. I have no regrets. I trust my research, my vet, my Raw Feeding Guru and my instincts.

This weekend I’m headed to the store for more grape seed oil to clean and lubricate ears. #adoodlemomsworld

There’s nothing I won’t do for… 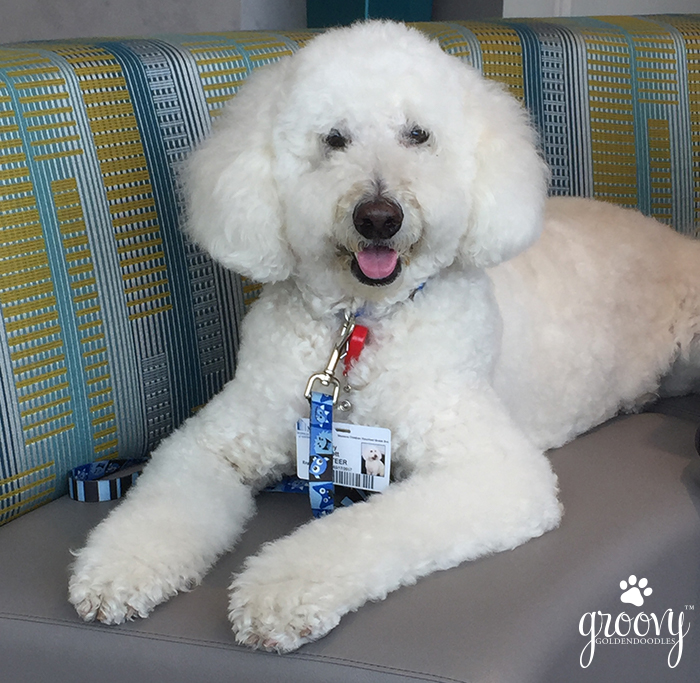 Dogs ask for so little – but deserve so much ❤️