What would you call your essential dog walking accessory?

All of those are vital for a successful walk around town – but none of the above rank at the top of my new list.

Numero uno for me is now a cell phone protection cover… 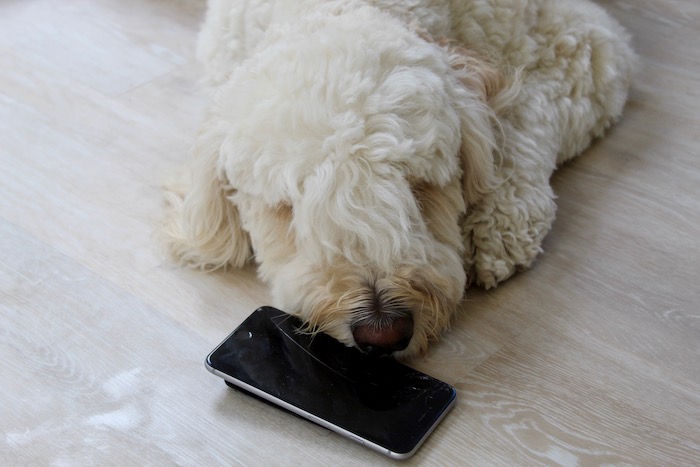 I know, I know – who in their right mind carries a cell phone these days without protection?

Feel free to scold me in the comments below because I deserve it. #letitrip

The weather was absoDoodletutely gorgeous. By the time we started our afternoon walk, we had a soft, constant, cool breeze.

I grabbed my gear snatching my phone from the banister post as my hand turned the front door knob.

Perhaps I would live a bit on the wild side, take the boys off their leashes in the middle of Hampton Park and catch some short videos of them racing around the huge Magnolia’s which always smell so divine… 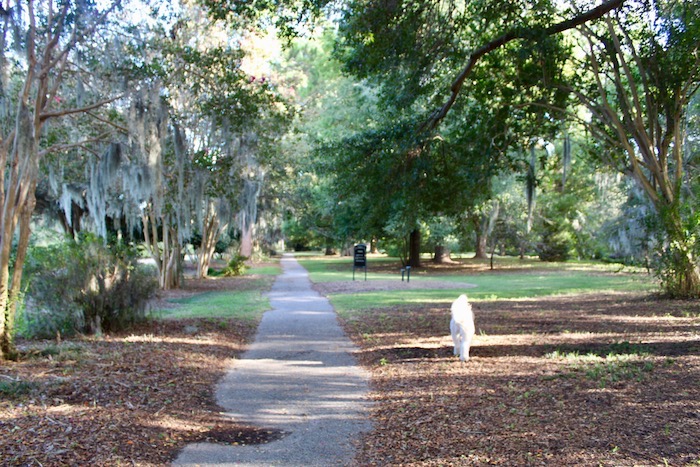 I chose the umbilical belt vs. their Wacky Walk’r leashes on purpose. “Use the belt”, I thought. “Eliminate carrying a pet pouch.  Keep the phone in your hand and be camera ready!” #regrets #Ihaveafew

We walked about 3 miles of her 63 acres. I was completely lost in her beauty… 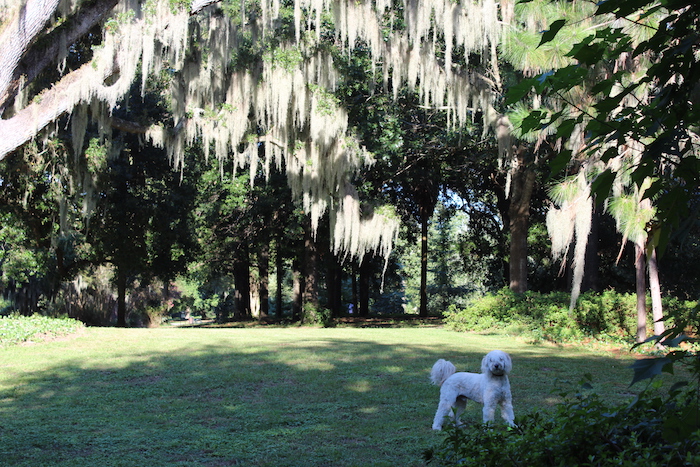 Directly in front of me stood a spectacular sight. A tree, wearing piles of dangling moss on its branches which looked like scarves draped over someone’s arms. The moss swung slowly in the breeze. As I marveled at Mother Nature’s artistic talents, I noticed Harley had sat down with his back towards me directly in the path of this tree. It was as if he was listening to the moss and leaves as the wind blew them ever so slightly.

Quietly I took Harley’s leash off of the belt and laid it down. I scolded myself silently for not bringing my camera and settled for my phone. Angled just right, my finger was about to touch that dot on the screen when it happened.

Park squirrels have become so accustomed to humans and domesticated animals – their level of fear has decreased dramatically.

The one that ran directly in front of Jaxson either had no fear or he was living that dare devil squirrel life. Focused on Harley and this beautiful setting, I didn’t give the squirrel any thought. Jaxson however, did.

Already positioned halfway between a stand and a crouched down squat, the belt snatched me to the left so fast I must have looked like someone from a B rated horror movie. You know, where the person is walking down the dark alley and all of a sudden they’re gone!

Of course I flew with the belt (it really doesn’t come off ya’ll) – and the phone went high up in the air. Repeatedly, I remember telling myself to straighten up and pull to the right so I wouldn’t go down. I was able to do so, and that’s when I saw my phone spinning downward – rapidly.

Reaching like Gumby, stretching my arms as far as they would go – I touched a corner of the phone but it slipped away.

For a few seconds I was that wide receiver already in the end zone with my finger tips right there, but I couldn’t grab the whole thing.

Talk about a fumble…

Jaxson pulled one more time, taking me completely out of reach and the fat lady started singing.

My phone didn’t land on its backside – it landed on its face. All that grass around me but instead it landed in the gravel.

Everything moved in slow motion, yet it was over in a flash.

My daughter once told me that –

Karma was a bitter witch with a photographic memory

Hundreds of times Doodle Dad, friends and family would ask me why I didn’t have a cover for my phone.

My excuses made sense to me –

I stood there (still being tugged by Jaxson) frozen and afraid to turn my phone over.

TOO YOUNG TO DIE –

This phone is less than a year old. It’s too young to die. I keep phones forever, the thought of having to get another one so soon just doesn’t compute to me. 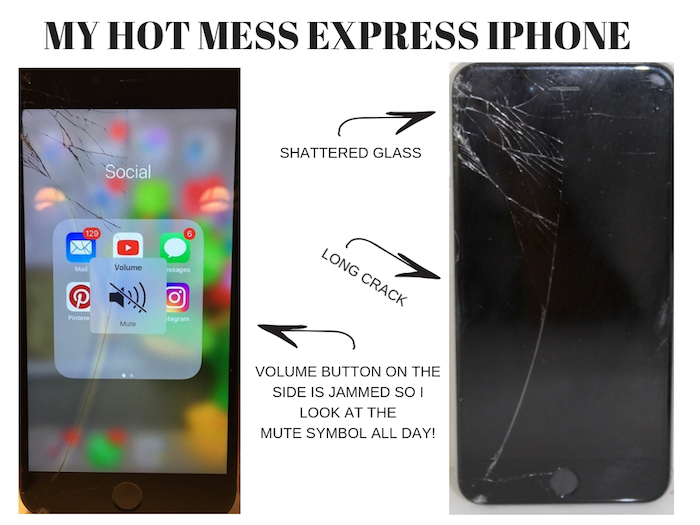 Please don’t ask me if I’ve got phone insurance – remember I’m the one that didn’t think a protective phone case was necessary. #imspecial

As I mourned my phone, the squirrel rested in the branches above and looked down at Jaxson with a wicked smile. Jaxson seemed thrilled with himself, but I can’t really tell you why.

Harley was the one who made me laugh minutes before the tears tried to fall.

As I pulled Jax from the tree, cradling my busted and bruised phone – I noticed Harley looking at both of us. He never moved from his spot. When we walked towards him, he turned back to face the tree as if our miniature apocalypse had disturbed him.

As if I somehow understood, I gave him a few extra minutes before leashing him back up.

Some things you just can’t make up – this would be one of them!

Prayers to all in the path of Hurricane Florence ❤️