I am so ashamed.

However, I must put it out there for the world to read –

When it comes to car safety for dogs, I am quilty of negligence. #bigtime

In the past, both of my Doodles were the type of dogs who laid down and behaved like they had sense in a moving vehicle. There was never a bunch of movement – they just sat or laid down in the backseat.

This behavior I found – is “not” true with ALL dogs. From day one, Jax has been a car riding nightmare… 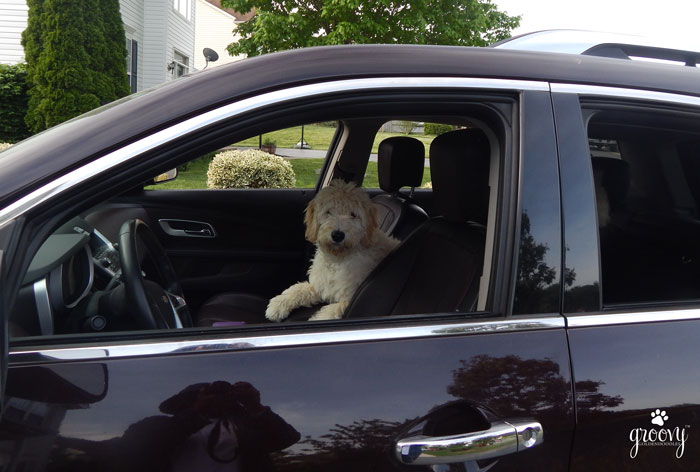 For whatever reason, I never really gave car restraints much attention until Jaxson. He refuses to stay in the Kurgo Car Hammock with Harley. He rides all over the place. 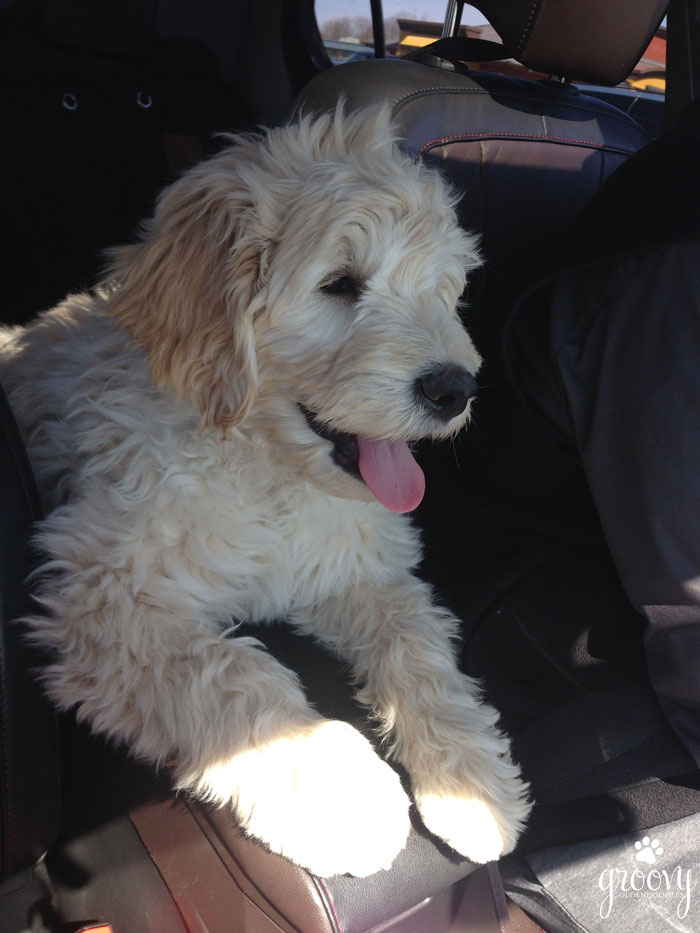 … and the front seat… 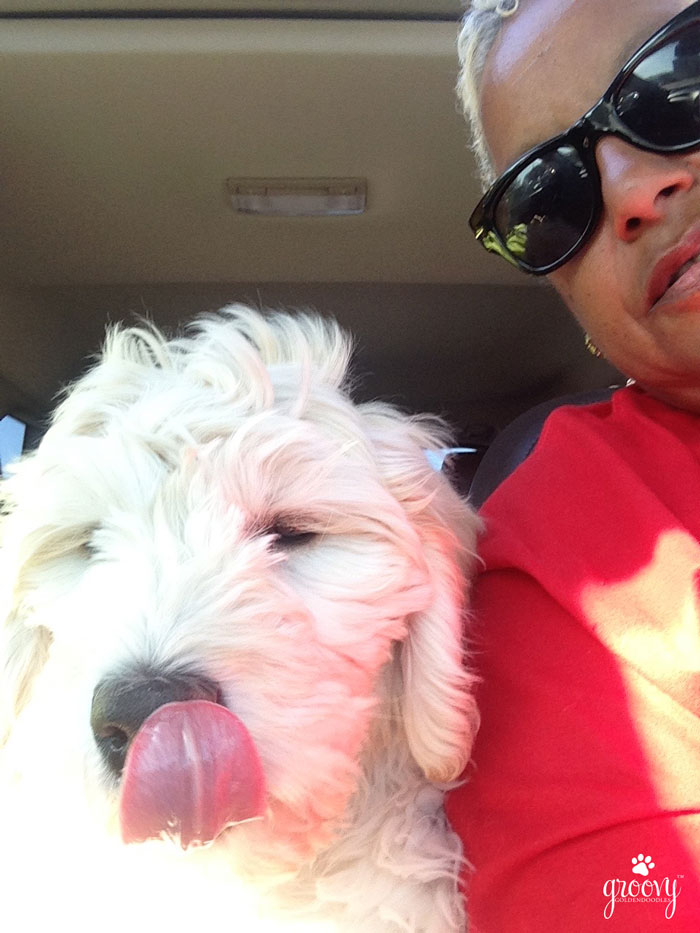 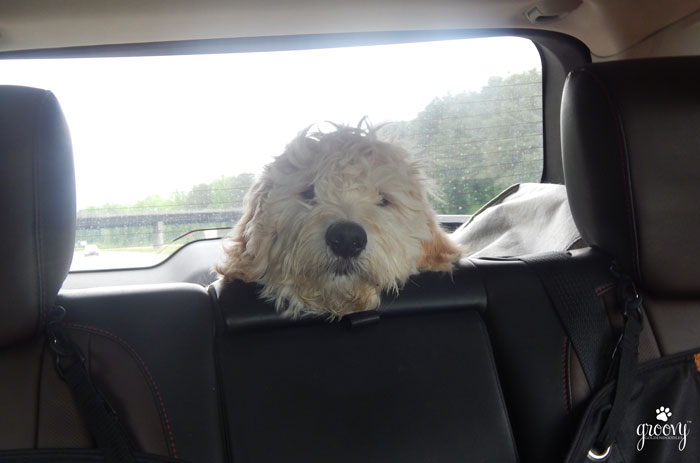 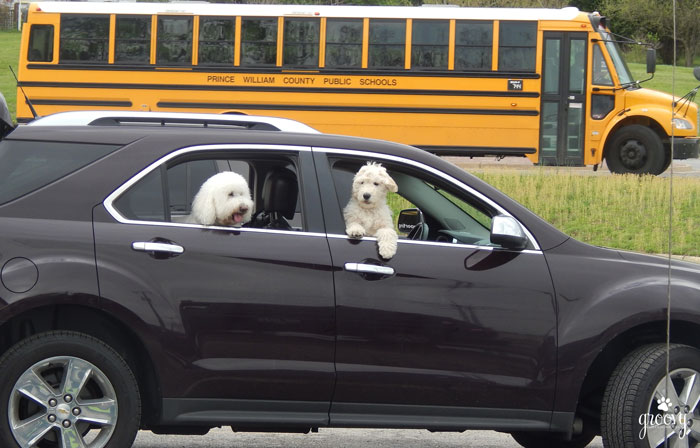 As I watch him ride on the console like an air freshener ornament, I feel very much like a hypocrite. I’m that person who glares at people behind the wheel, dog on their lap with half of their tiny body hanging out the window. #wheresthepopo?

I realize now that I am just as bad. #shamed

Forbes magazine really got my attention when they gave an example of “force” during a crash. Talk about making it personal – they used Jax’s projected adult weight in their description:

“The thing people don’t think about is that [having a dog in the car] is like carrying an 80 pound sack of spuds behind your seat,” said Michael McHale, director of communications at Subaru of America. AAA says that a 10-pound unrestrained dog in a car traveling 30 miles an hour will exert 300 pounds of force during a crash.

I’m okay with making a mistake, but I cannot continue, ignore, or repeat my behavior. I now realize and accept that –

As I began to research:

I received an email from Kurgo inviting me to try their Tru-Fit Enhanced Strength Dog Harness. #kismet

I ordered a medium for Jax and a large for Harley. They were easy to slip on and the “nesting buckle system” makes securing the straps a breeze… 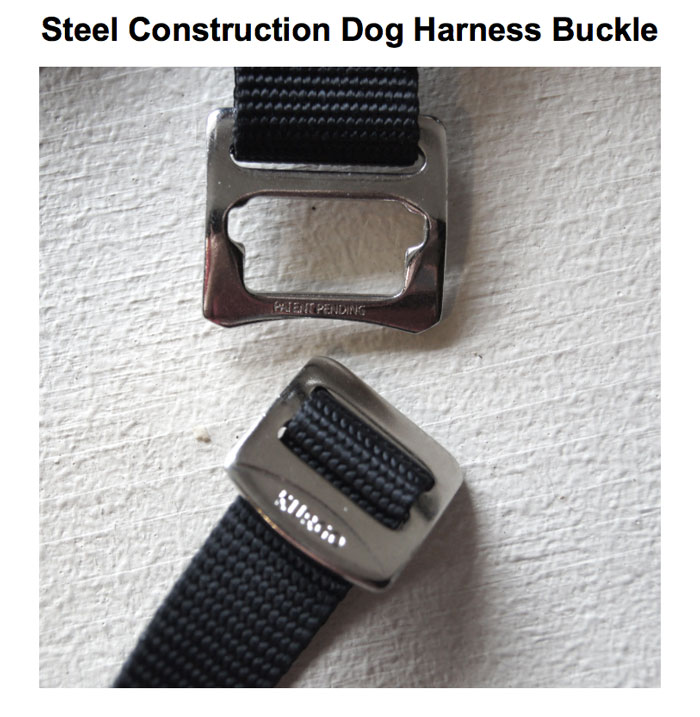 The chest pad reduces stress on the trachea and sternum dispensing kinetic energy across your dogs chest. Very important feature should an accident occur. #Godforbid

You also have two options of restraint styles to choose from: 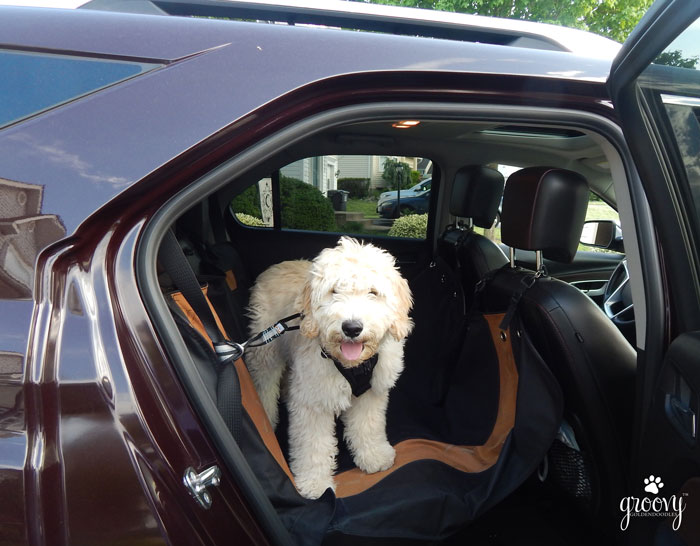 and using the tether option to give Harley just a little more range of movement.

There’s a halt ring on the front chest plate. When Jax tries to pull, it gently turns him around – which eventually will train him that pulling gets him nowhere! This is pawfect when we’re out and about and I need him to remain close… 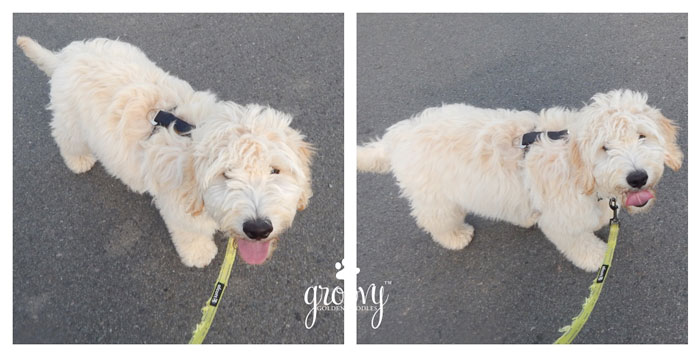 I’m happy to report (so far) that I’ve received no resistance from Jax with the car harness.

Using it as a walking harness? 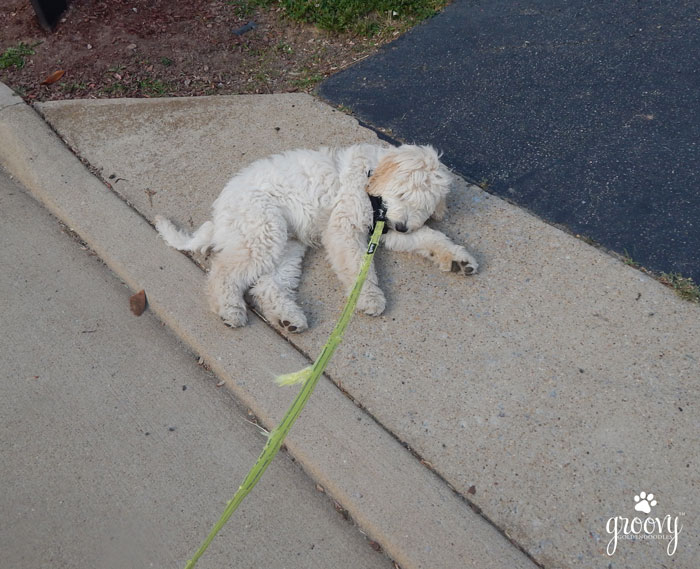 Consider me a convert. Whereas I never gave car safety for dogs a great deal of thought, I feel so much better when everyone’s buckled up.

The car harness works well with the Dog Hammock too, it doesn’t impede usage.

Whether we’re doodling around town or headed south on the highway, Jax’s “riding dirty” days are officially over!… 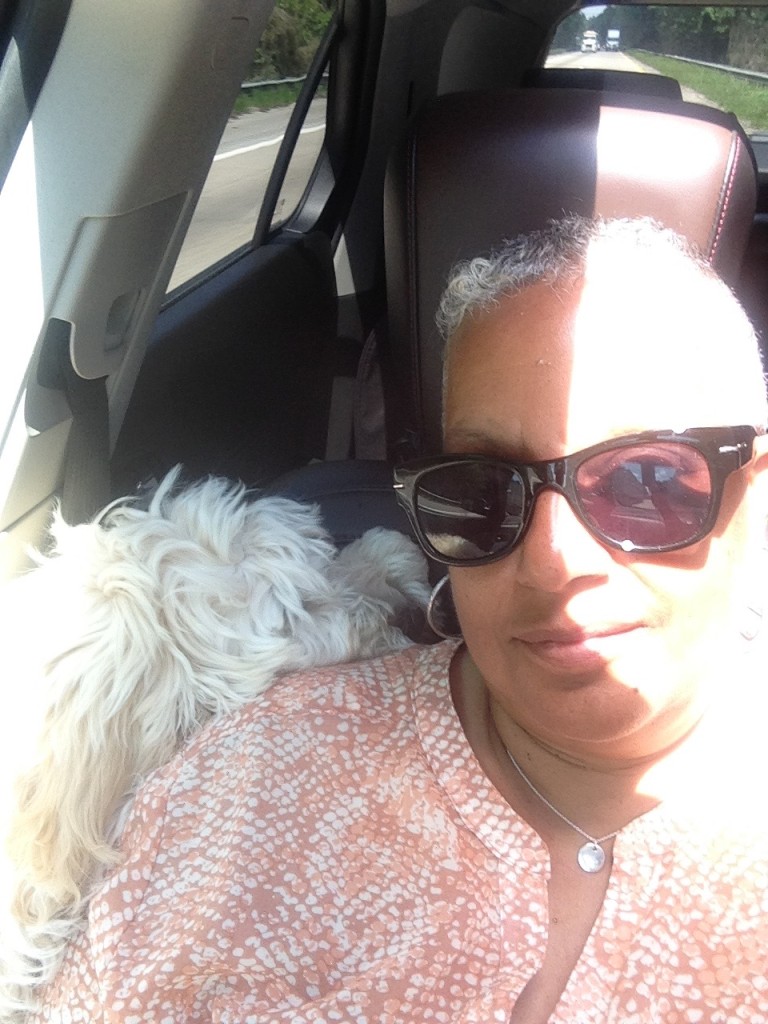 To all my blogging friends headed to the Blog Paws 2015 Conference in Nashville, please be careful out there & buckle up!

* I received two Tru-Fit Enhanced Strength Harnesses in exchange for my honest opinion regarding this product. I was not compensated for this review.

We’re  joining the Monday Mischief blog hop brought to you by Alfie’s Blog, Snoopy’s Dog Blog, My Brown Newfies. The Hop that wraps up the weekend.