Jax is almost five months old and coming into his own. As I watch him find favorite things to play with, I also watch the interaction between he and Harley over certain objects.

Which leads me to a question that comes to mind often: Can dogs share their toys and favorite things?

Look at this photo. What do you see? 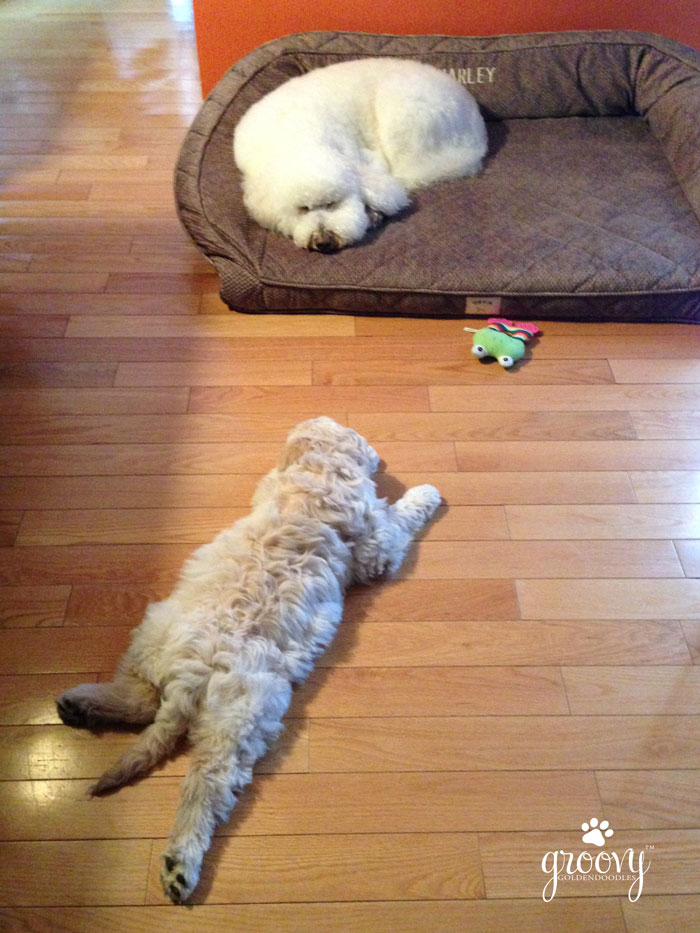 What sort of caption comes to mind?

Animal Behavioralists – Daniel Estep, Ph.D. and Suzanne Hetts, Ph.D. wrote an interesting article Why Dogs Don’t Share. They believe most dogs do not know how to share and are not interested in equality.

We all know when dogs live together, “they organize themselves into a dominance hierarchy and rank determines who gets first access to the goodies in life as defined by the dogs.”

This would hold true then for the first interpretation that came to mind when I studied that photo…. 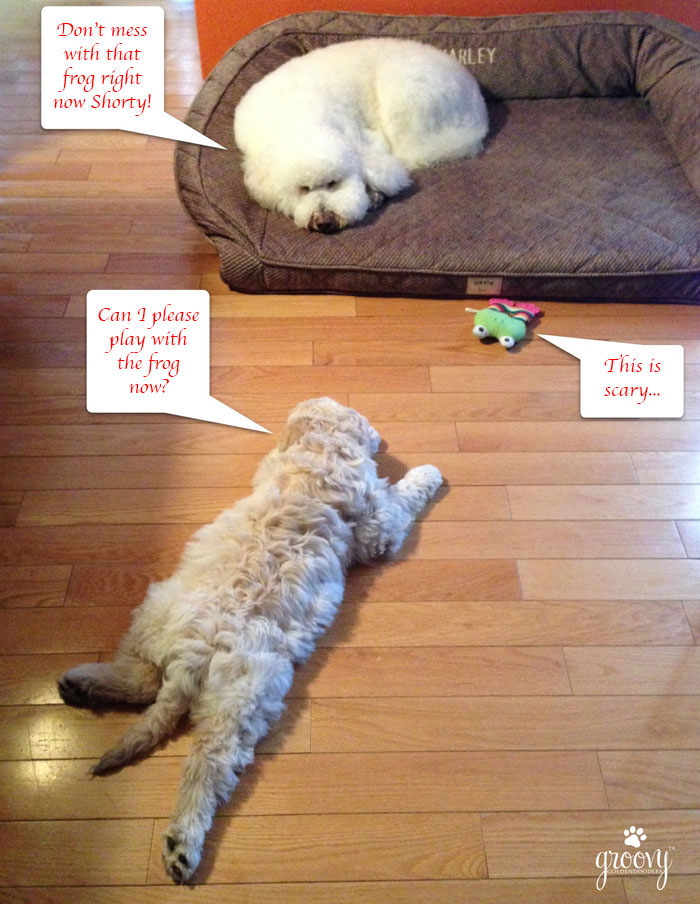 On the few occasions when Harley wants to establish the rules and laws here in Doodleville, I try really hard to –

While I do agree with this statement – “Dogs aren’t people and they shouldn’t be expected to live by human values.”

A part of me believes some dogs, however, don’t mind sharing. They actually do it willingly and freely. Food, toys, treats – it doesn’t matter. 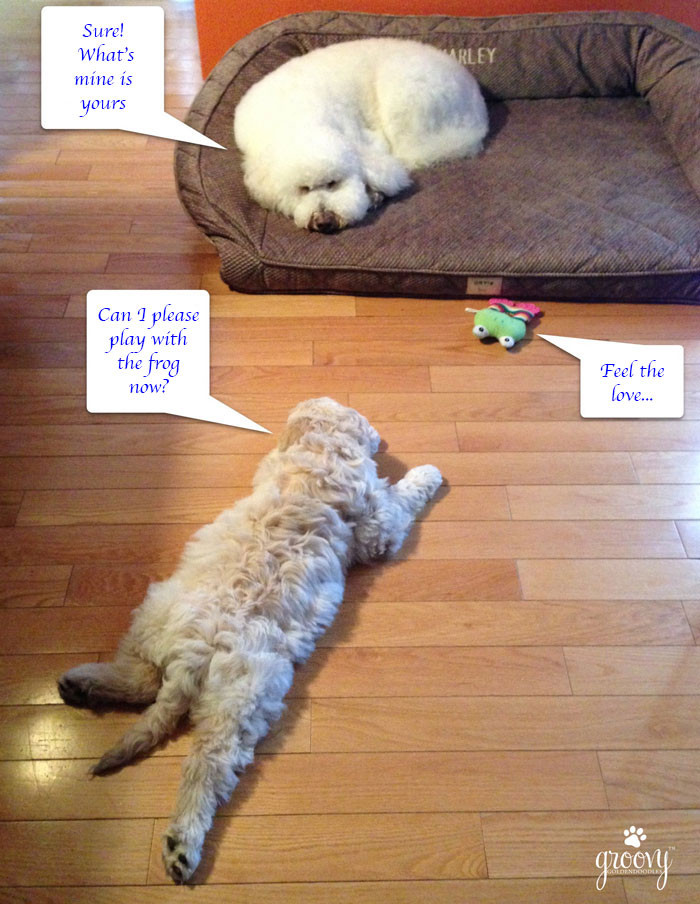 I’d like to believe that it’s possible to find a happy doodle place between the two extremes.

So far the boys have their own understanding when it comes to playing with toys. If Harley takes it, Jax finds something else 🙂 #doodlerules

No fighting, no growling, just playing!

What goes on in your house?

This is our contribution in the BlogPaws Wordless Wednesday Blog Hop. Get comfy and check out the other Blog Hop posts below! 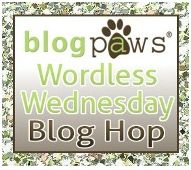