It’s been four weeks now, and I still can’t believe I am working with my dogs #pettherapy… 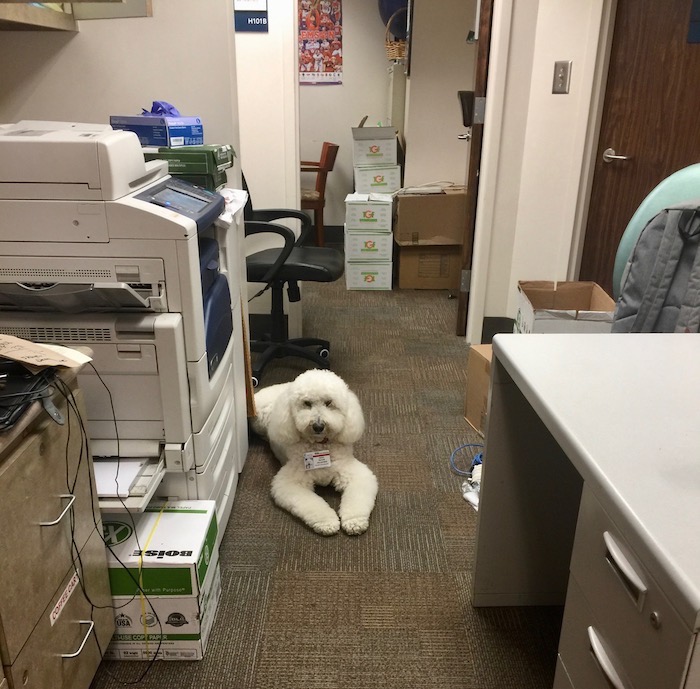 Monday through Thursday, I leave my house headed to the Medical University of South Carolina. As I walk through the front door, I make sure I have my backpack, lunch bag, hospital badge, and one of my Doods. 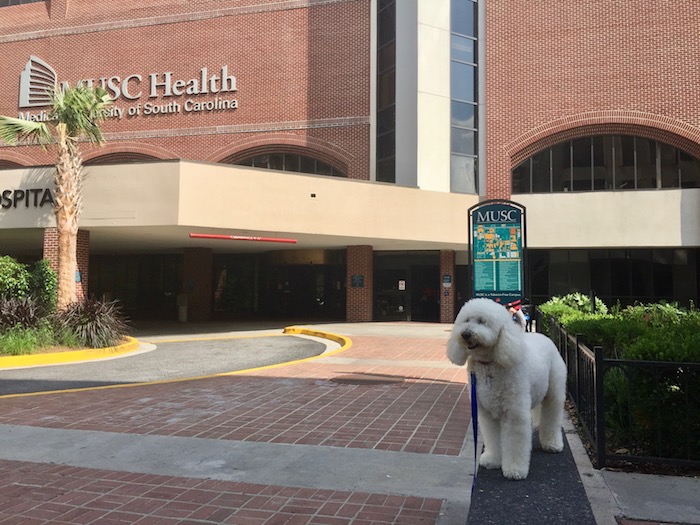 WORKING WITH MY DOGS –

On any given day if you’re walking through the hospital – you are guaranteed to walk into a few of our forty two therapy dogs. They will all be on a mission – responding to requests from either the patient, their family members and/or the medical staff.

Children and adult units, clinics emergency rooms, pre-op, post-op, cancer center, surgical dental areas. We are all over the 80 acre campus that covers the city of Charleston.

As the number of dogs increase, and the program continues to grow, more areas are opening up to the notion that pet therapy compliments the patients stay and assists in positive recovery.

Forty two dogs may seem like a lot, but it’s impossible to be everywhere at the right time when the hospital has a 700-bed medical center and six colleges.

There are days when a call comes in and a dog is not available – these are the calls that Harley and/or Jaxson answer.

Everyday I witness and learn something incredible about the connection our dogs can have with humans – even those they do not know.

A call came in from the Pediatric Procedure Clinic. The nurse asked if I could send a dog to the unit. I told her I didn’t have one coming in until later that afternoon, but Jaxson was in my office. She asked me to please bring him up.

When we entered the area, I saw two nurses and a mother standing around a young boy maybe 10 years of age. The mother was holding a cell phone to his ear asking/begging him to please say something to “Nana.” The little boy would not open his eyes, he would not respond.

The nurse walked closer to me and explained the situation: the patient wasn’t coming out of the anesthesia. They wanted him to wake up. His mother told the nurse that he loved dogs (hence the call).

Jaxson stood next to the bed with his head on the sheet and his mother used his hand to pet Jax’s head. Nothing.

Jax placed his two front paws on the bed and again his mother took his hand and stroked the top of his paws. Nothing.

BY ANY MEANS NECESSARY –

The nurse standing behind me whispered in my neck –

he really needs to wake up, can you get Jax on the bed?

I didn’t turn around , I just nodded my head, and asked for a sheet. (we use sheets as barriers when placing a dog on a patients bed).

As I waited for her to return with the sheet, I kept thinking –

In my heart, I wanted Harley. He was so much more experienced at this sort of thing. But I didn’t have Harley AND she was already back with the sheet.

Per procedure – I identified where the child’s legs were located, laid the sheet out and walked Jax to the foot of the bed. I showed him where I wanted him to land and gave the command “up.”

Jax’s jump was spot on! He landed like Gabby Douglas fresh off the vault!

He straddled the boy. Stood over him like Mufasa would stand over Simba in the Lion King.

His tail began to wag, slowly at first, then faster and faster. If you’ve ever seen Jax happy – you know when his tail gets going his behind starts swaying. Next thing we knew the bed got to rocking and very slowly his little brown eyes started to open.  He focused directly at Jax and next his mom and then he smiled.

Not a dry eye in the place.

He rubbed Jax’s chest for several minutes and as if Jax knew it was time, he turned and jumped off the side of the bed.

The benefits of Pet Therapy continues to amaze me, it can –

Jaxson has also become very attentive with the staff in our office. He has no problem spending time with each of them… 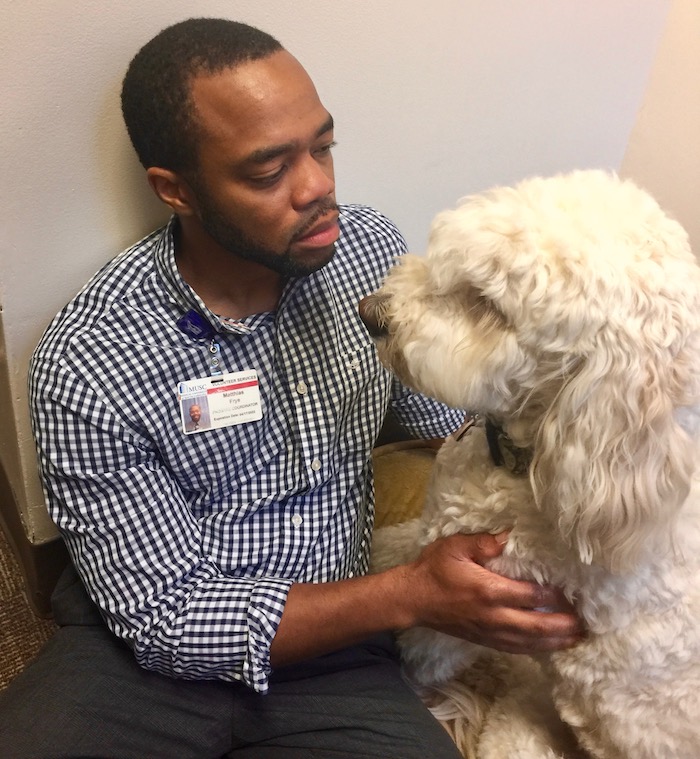 In his short two months as a therapy dog, he’s matured tremendously. So much so, this week I am taking him to the Children’s Rehabilitation Center. I believe he will be a huge success working one on one with the little human’s and mobility therapy.  Stay tuned, I’ll keep you posted.

The best therapist has fur and four paws ❤