“Winter Nose” (or sometimes Snow Nose) is a term used to describe the color change on a dogs nose. 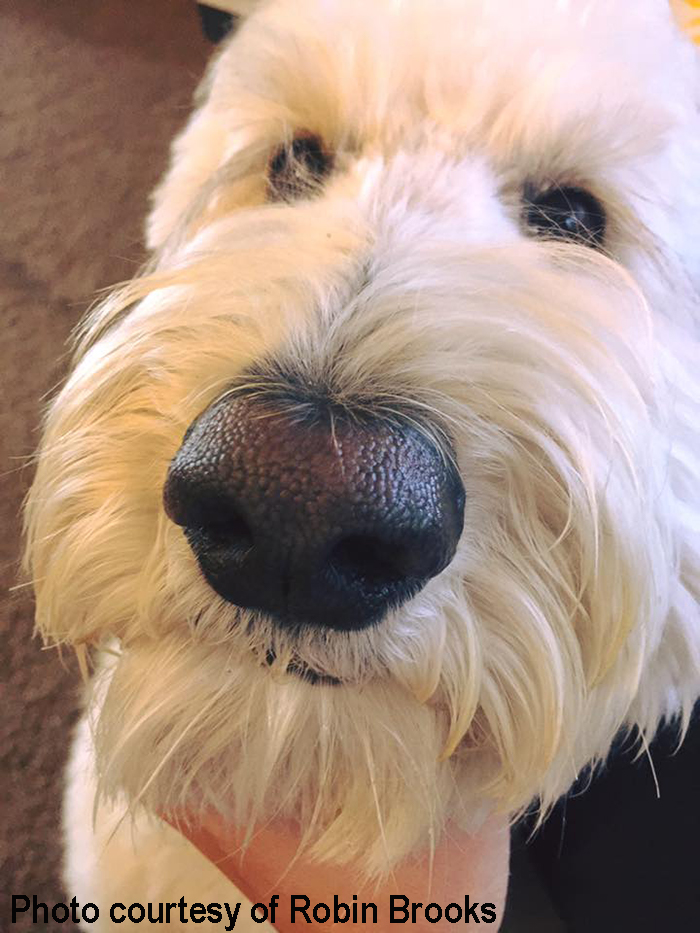 His mom Robin calls him – her #doodometer.

I can determine the temperature outside by looking at his big doomometer nose. When its chilly, his doomometer is kinda purplish and when it’s warm my doodometer is black as coal.

The first time I saw this happen with Harley, my daughter told me it was because Harley was aging. #Ibelievedit

Legitimate hypotheses – just not feasible for a dog at the tender age of four!

Snow nose, winter nose (also called “hypopigmentation”)  results from loss of sunlight, and causes the nose to fade to brown in winter; normal colour returns as summer approaches. Snow nose occurs mainly in light-coated breeds; the colour change can become permanent in older dogs. It is not associated with disease.

This year Jaxson has developed “winter nose.” He’s become my own personal barometer. Since the late fall our temperatures have consistently been below average. Look at the difference in the color of his nose… 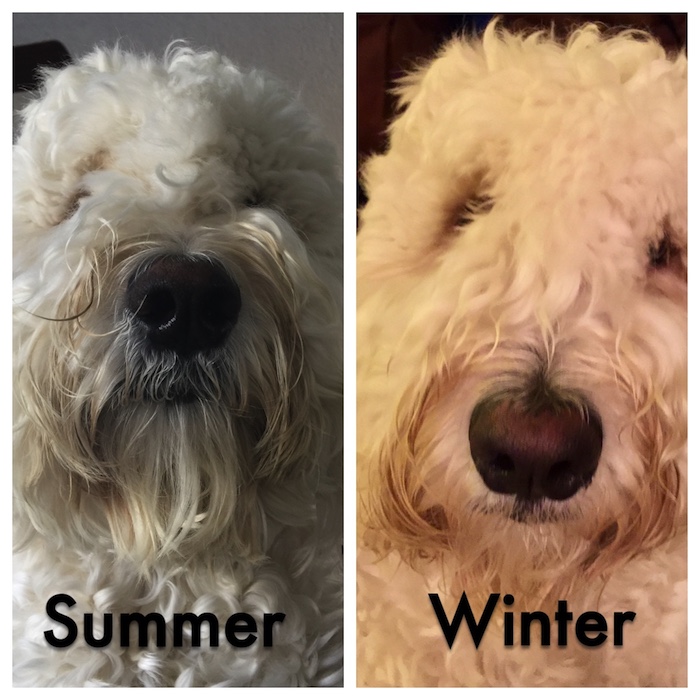 Some dog’s noses change colors from a dark color to pink in cold weather; turning dark once again when the weather gets warmer. Usually when the nose changes color due to the weather it only partially changes pink as seen in the picture above. Snow nose seems to be directly related to the temperature and is harmless to the dog. The culprit is thought to be a breakdown in an enzyme called tyrosinase, which is what makes melanin. (Melanin is what gives color, or pigment, to the hair, skin and parts of the eyes.) The enzyme is temperature sensitive and gets weaker with age. Source:Dog Breed Info

Some breeds are more prone to the change in nose color due to weather.

While Winter Nose / Snow Nose is usually harmless, sometimes it can be an indication that medical attention may be needed. Please contact your vet if you don’t know WHY your dog’s nose has lost it’s pigment.

Robin and I are grateful to Charlie, Harley and Jaxson – thanks to their Winter Noses – we no longer have to depend solely on the weather channel 🙂

Does your dog have a “Winter Nose?”