Before I just dive into the subject of stray dogs, indulge me, while I tell you about my whirlwind weekend experience which led me to this topic.

I call it “whirlwind” for a reason. Our Mother / Daughter / Doodle trip to the 2017 Blog Paws Conference in Myrtle Beach was postponed by one day and ended twelve hours early!

Thursday morning flights from DCA were randomly cancelled. Spiraling us into a late Friday afternoon arrival… 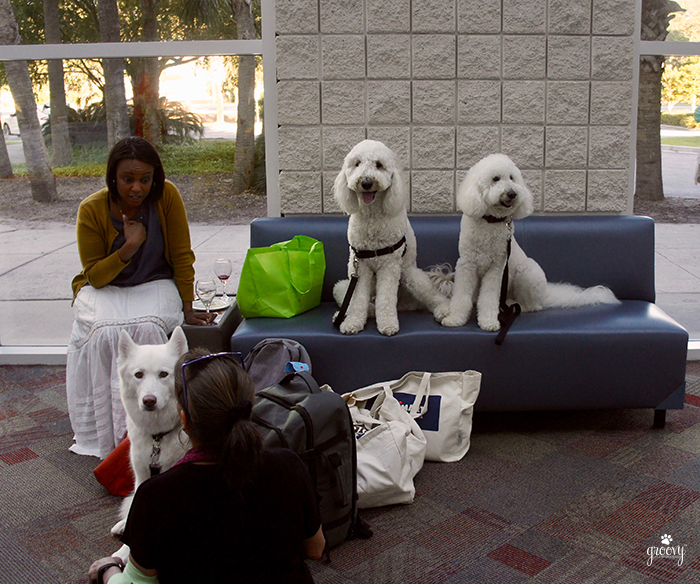 Refusing to leave my daughter, I waited for her. Now we had a little more than 24 hours to cram and convert 72 hours into memories.

Even for two optimistic people this was going to be a challenge. #gostrongorgohome

But sometimes in life –

That’s the pawfect way to describe the weekend. I wasn’t there long, but every moment was incredibly special.

NOW FOR THE STRAY DOG STORY

Twenty six hours after our arrival it was time to depart again. As time drew near to check out, these public displays of affection were continuous… 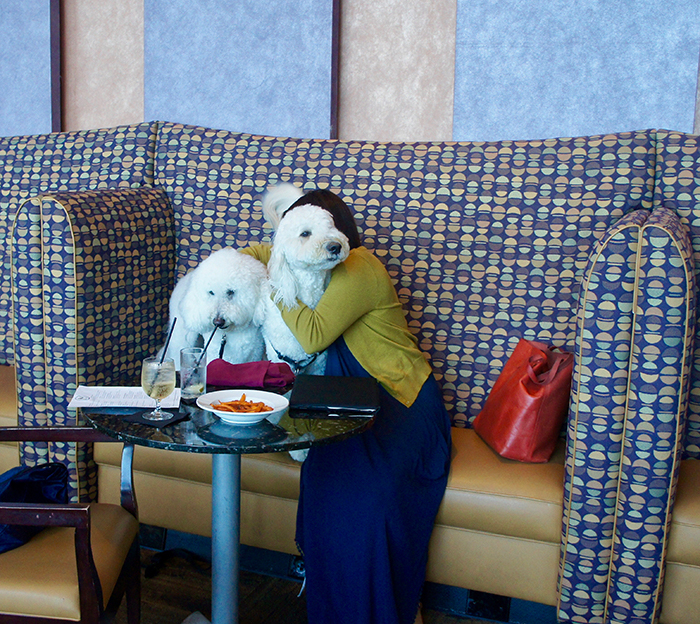 With only 45 minutes left for Mother / Daughter / Doodle silliness, a gentleman walks over to our table to meet the Boys. 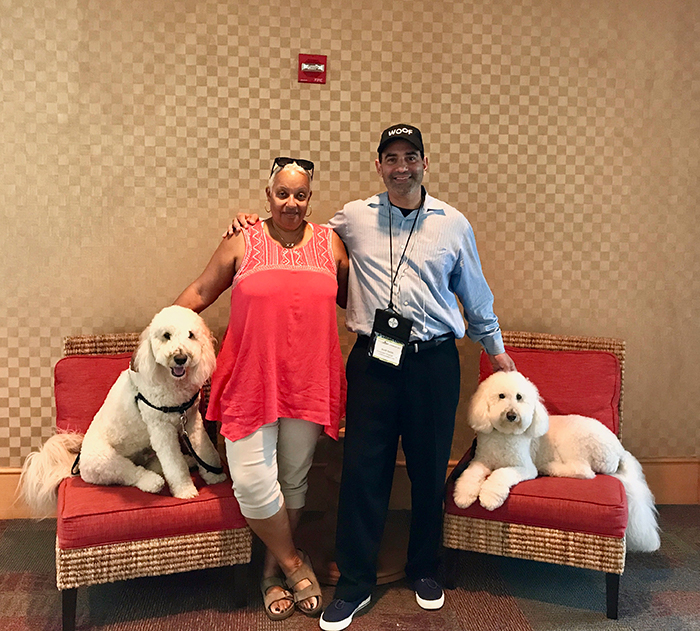 A Community Editor for Consumer’s Advocate, his assignment at the Conference is to write about pet people and of course – our pets!

It took no time at all to sense Scott’s passion for animals.

He and his wife have several pets – “six” with the possibility of a seventh. 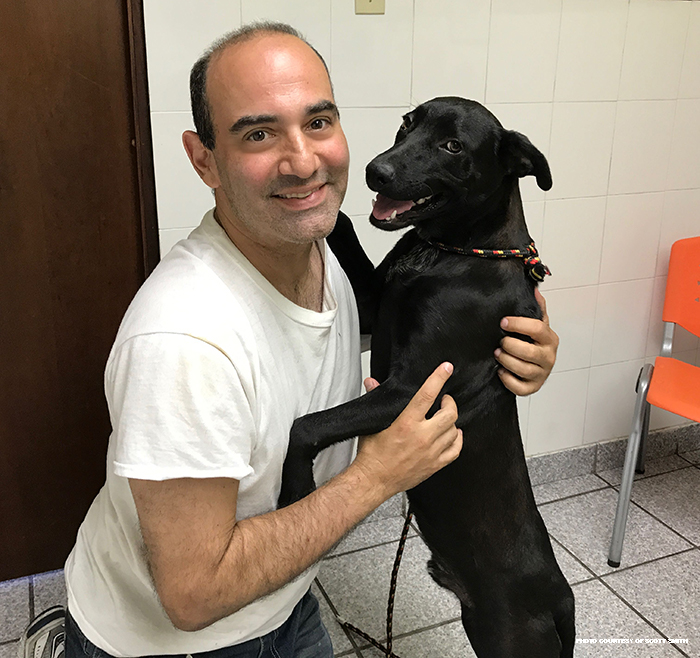 The dog was laying in the middle of a ramp where dozens of people walked past, over and around him. Scott said he looked frightened, hungry and thirsty but was still smiling. He kept waiting for someone to come for him, but no one ever did.

CAN YOU GUESS WHAT HAPPENED NEXT?

Scott took him to the vet, then took him home in hopes of finding where he came from… 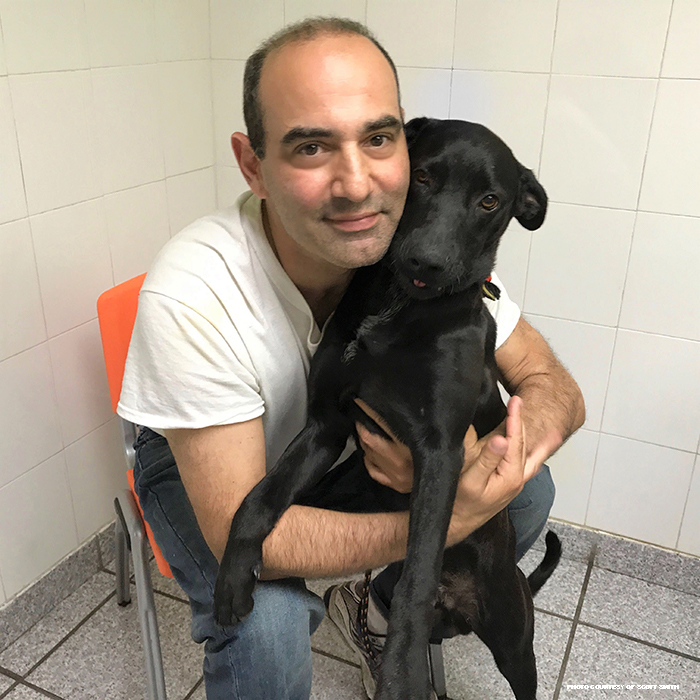 He knows a seventh dog in the house could really tip the scales with both his wallet and his sanity, but what was he to do? He couldn’t step over the dog and leave him on that ramp.

45 minutes felt like 45 seconds and it was time to hit the road if Tiffany was going to make her flight. Time flies when pet obsessed people start talking about animals.

As we motored the 92 miles back to Charleston, two exhausted Doodles in the back, my mind replayed Scott’s story, which made me wonder –

STRAY DOGS (WHAT WOULD I DO?)

Finding a stray dog in your neighborhood is a situation many people don’t know how to properly handle. Before approaching the dog, trying to catch it (to see if it has a dog tag), or introducing the dog to your other pets, you need to be sure that the dog is not a threat to your own safety. You also should know what types of rescues and animal shelters are in your area so that they can possibly house the dog until the owner is found.

Taking the stray dog to a veterinarian or shelter is also recommended because they can check for a microchip and link the dog to its owner. Often runaway dogs are found very close to their home, so it is good to check within the neighborhood that you found him in to see if the owner is close. Here is some other advice to help. Source: Expert Beacon

HOW DO YOU GET A STRAY DOG TO TRUST YOU?

This puppy was quite comfortable with Scott, and trusted him instantly. But what if I saw a stray dog and needed to gain his trust, how would I do that?

I ❤️ Dogs wrote an excellent post on 3 ways to build trust with a stray dog.

Scott has promised to keep in touch and let me know the final outcome of his new love.

Have you ever encountered / assisted / kept a stray dog? #share

Because I wasn’t able to attend all the sessions I’d planned – I have some catching up to do online. #bitter

But come back on Wednesday. What I lacked in pet blogging academia I made up for in my social skills introducing the Boys to many humans whose blogs I adore following.

I can’t wait to introduce you to a few incredible pet bloggers and couple of their four legged friends.

Pet Blogging Conference highlights for Harley and Jaxson seemed to be the hotel lobby. They liked to “human watch” #allnightlong … 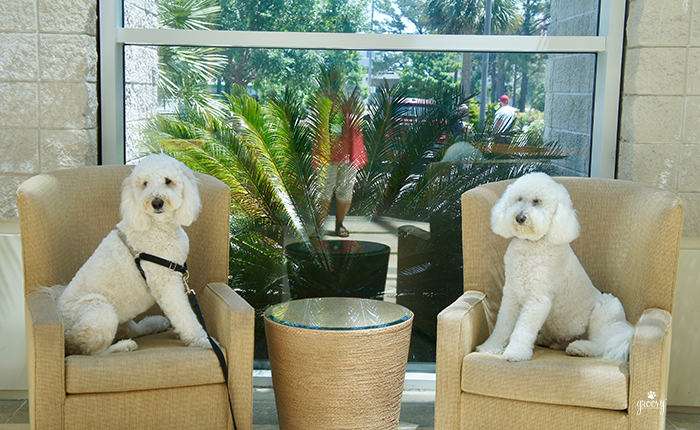 Coffee in one hand – Confidence in the other – that’s me!