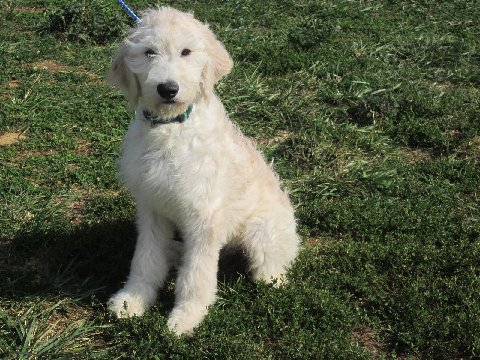 “Leo-Leo” (yes – he has a nick name also), was born in Blacksburg,Va on May 12, 2010, just around the time our daughter started telling us we needed another dog. Like some sort of subliminal message, after hearing it for a while I found myself thinking two dogs could be fun. After all Harley (to me) was a phenom. He’d graduated from obedience kindergarten at 3 months, accepted into Doggie Day Camp at 4 months, potty trained by 6 months, there was nothing this dog couldn’t do, so…  by the end of the summer, I started campaigning pretty hard for another one.

In September, my husband gave in, conceded, and said yes! The search began. Never did I pause – let alone stop and think that Harley was two months shy of his 2nd birthday, I had regained some of my independence. He no longer needed to go out after 10pm, I had stopped laying out clothes for the 6am dog walks every morning. He had, by now, become a true member of the family, I mean vacations were planned around him for goodness sake. Now that I’d gotten the green light to move forward, I’d started to think, and remember what another puppy would really mean to our lives. Did I really want to do this all over again? YES – but perhaps just a bit differently…. I would find an older puppy (remember I said that), and that would make it easier!

I never planned to find Leo, but like Harley, we were meant to be. In October I searched a few local area doodle breeders and there he was, 6 months old, all his shots, neutered, crate trained, and “somewhat potty trained” (what does “somewhat” really mean?). Again, after multiple conversations with the breeders, I gassed up the Hummer and off I went again, to bring home what I just knew was supposed to be mine.