Last night I would have bet big money when Robert Burns penned the phrase “The Best Laid Plans of Mice and Men” he knew precisely what my Halloween night would be like.

If you’ve been reading Groovy Goldendoodles™ for a while, you’ve probably noticed there’s a pattern to my blogging schedule. I am close to psychotic when it comes to getting my blogs posted before midnight on Sunday, Tuesday, and Thursday. Those are “post” nights for me. They’re the nights that dinner is either a leftover rerun or DH gets to be as creative as he wants to be with whatever we’ve got in the house (he comes up with some meals that are Food Network worthy I might add).

The point I’m trying to make here is that I will disappear for several hours to get a story out of my head, onto the monitor so that it is in your inbox when you log on the following morning.

I don’t do well when an unexpected change hijacks my system – UGH!

Mid afternoon on Halloween, life was as pawfect as it could be. Leo had ingested something earlier in the week, giving him a tummy ache which made for additional potty trips the night before. He was now on the mend, wrestling with Harley, and throwing toys all over the place. Life was getting back to normal.

I pawposefully held onto their October BarkBox because I wanted to open it on October 31st. Silly? Pawhaps – but I thought they could have a little Halloween surprise too… 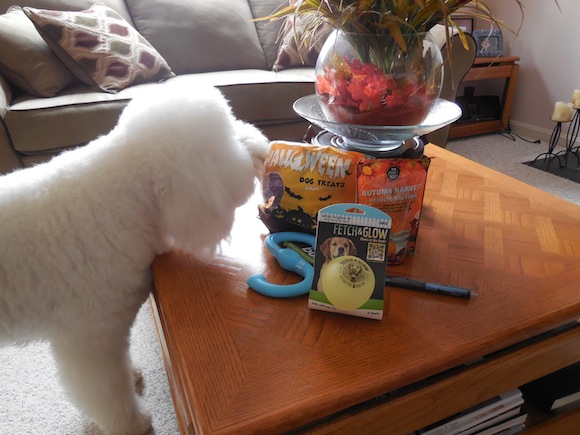 Harley will always show me what he’s interested in

As usual there were great goodies inside. 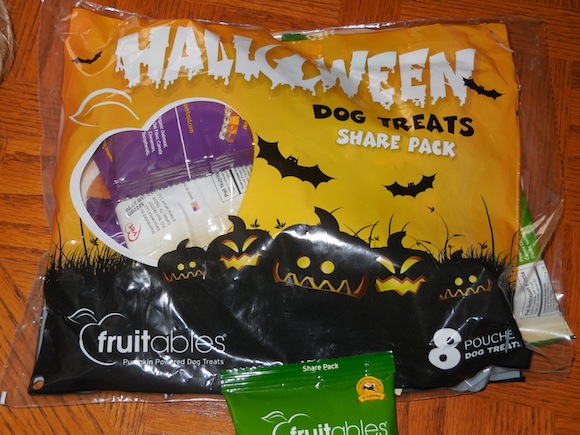 We’ve got our traveling snacks now!

Day gave way to night, and DH took his treats to the church for their “trunk or treat” celebration. Harley, Leo, and I set up our station in preparation for the two hours of Goblins, Ghosts, and Fairy Princesses who would descend upon our doorstep… 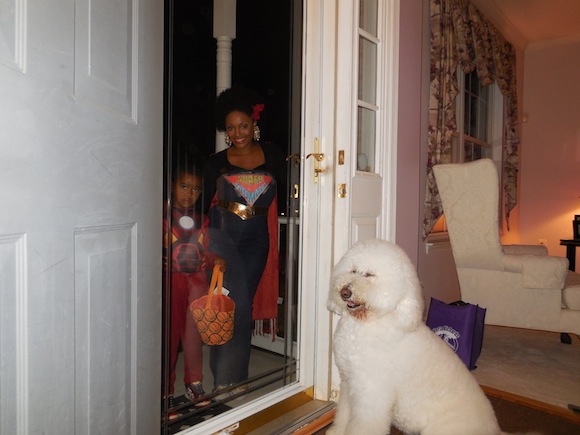 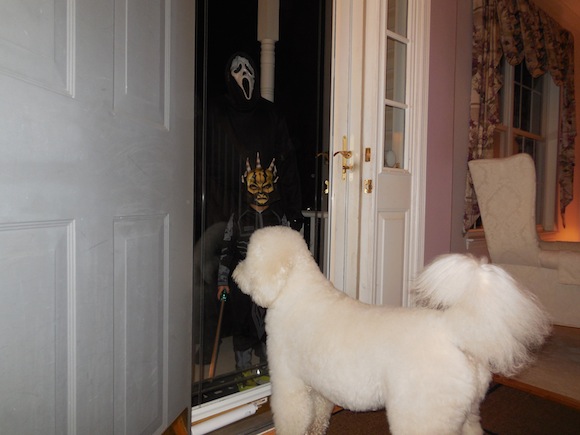 The scarier the costume – the happier Harley gets

While Harley enjoyed all 36 trips to the door,  Leo grew weary quickly and decided he’d rather go back to his favorite spot in the family room.. 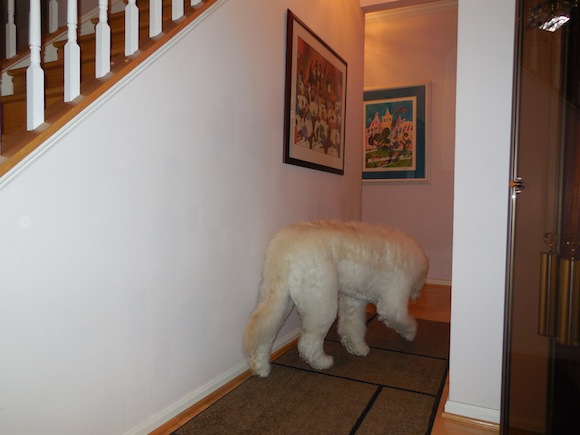 He wasn’t afraid, just bored with people ringing the bell but never coming in

By 9:30pm the streets were dark and quiet again with the exception of the intermittent raindrops. I grabbed a bottle of water, took my camera off the tripod and climbed the stairs to my office. I had a story to tell.

Or so I thought.

The phrase I referred to earlier comes from a poem “To A Mouse” by Robert Burns, about him running over a mouse home. It basically means no matter how well you plan something,  “stuff” happens!

For the first hour I thought the battery needed to be recharged. The second hour, I thought the plug I used wasn’t functioning, so I moved it to another room and waited again.

I even gave it a third hour and watched “Scandal” from the DVR to stay awake.

I woke this morning, bright and early just knowing something magical occurred overnight and I would push the “on” button and “poof” the lens would expand, the indicator light would shine brightly and I would be back in business… 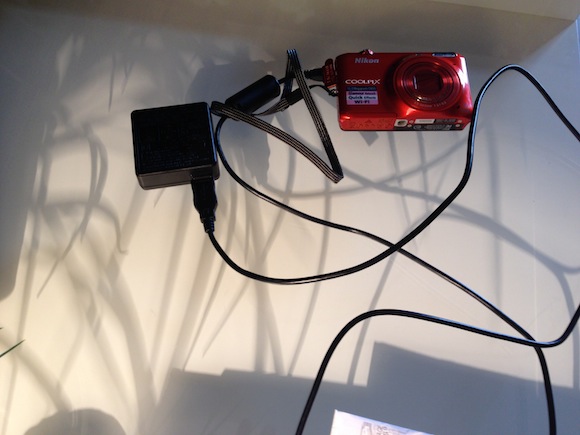 I pouted as I drove The Boys to doggie day camp for their Friday romp. I had let you down. There would be nothing in your inbox from us when you got to work this morning, and it was all my fault.

I called my son while I was still in the car. I was desperate for suggestions / recommendations. I could take the camera back to the store and get a new one, but I wanted my pics that were being held hostage in this one. There were days and days of photos locked inside,  which translates to “oodles and doodles” of pictures. He then asked me about the sims card.

“Get the Doodle out of here.”

I’m so conditioned to transferring the pictures using the camera and a USB cord, I never thought about the card. I couldn’t wait to get home.

Sure enough, I stuck that little critter into the computer and BAZINGA – I got my pictures!

But after all of that, I couldn’t remember what I wanted to write about twelve hours ago. So I thought:

I can at least tell you why there was nothing in your inbox this morning. Pawhaps you’d find my substitute story entertaining.

Once I post this, I shall call the camera store and see what trouble shooting techniques they’ve got for me, before I launch out to exchange it.

But as always -Thanks for reading, and don’t forget to turn your clocks back one hour late Saturday night. If you don’t you’ll be super early for church…. 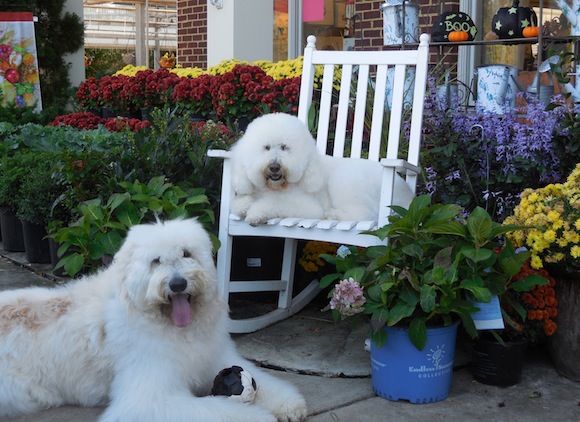 We ruv this kind of weather

DISCLAIMER: Although I have an affiliate relationship with BarkBox, for this particular post I am not being compensated in any way. Just sharing my independent opinion about the goodies inside the box.