When I saw the commercial for a Tether Tug interactive dog toy, you would have thought I just received the keys to a brand new car… 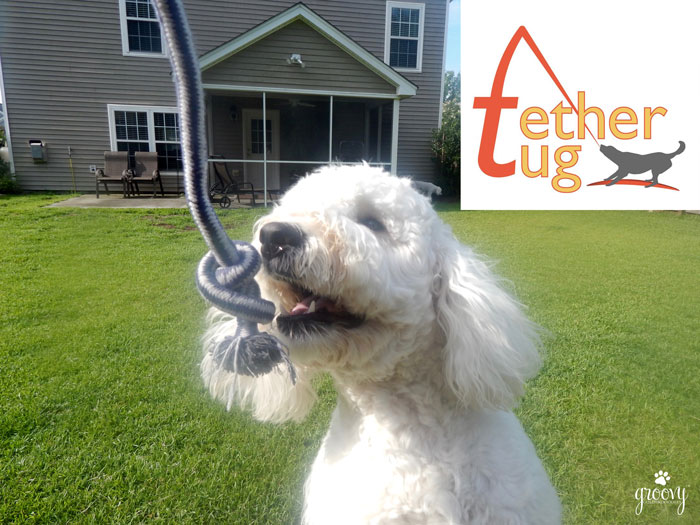 If you follow the antics of Jaxson then you’re familiar with his ability to destroy a toy within minutes of its arrival therefore you can empathize with my excitement.

After cheering and clapping at the television (yes I do that!) I immediately went to their website to check it out…

Do you have a dog with a little TOO much energy?

I was beside myself with the thought of a toy Jaxson couldn’t destroy, wouldn’t get bored with and most of all one that would help release his abundance of energy.

So, I sent the company an email, shared a few of my Jaxson the #destructivedoodle posts, and asked if I could test one out #noshameinmygame

Thanks for reaching out to Tether Tug about your blog!  We would love to have you check out the Tether Tug, sounds like our XL will be the right size for your guys, although they may be pushing towards the UBER size if they are super strong! Matt

They’re a small company located in the southwest corner of Missouri. The Tether Tug was invented by a father-son duo, inspired by a three legged rescue named Lizzy. Each tug is handmade with lots of love from an office filled with animal lovers.

Small:  recommended for dogs under 15 lbs AND it includes a fleece attachment that is easier on smaller mouths and puppies

Medium: designed for pups who are smaller institute but not energy. This size is good for dogs between 16-30lbs

XLarge: designed for dogs between 60-99 lbs. The XL has a wider base and thicker core to stand up to anything a large active JAXSON can dish out!

Uber: the biggest of them all – for dogs over 100lbs

AND –  if you have small dogs under 30lbs there’s an indoor version that slides under heavy furniture to allow the same tugging action!

Setting this thing up was a breeze. I didn’t do it – but I watched. #DMsupervision

Once erected, I attached the knot rope as well as the tennis ball (tennis ball not included) to see which one would be more popular.

NOTHING EVER WORKS THE WAY YOU EXPECT IT – 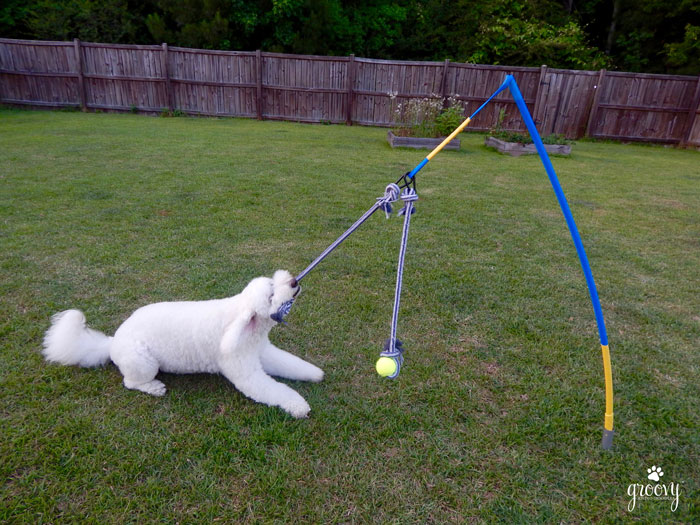 He pulled, he tugged, he twisted. I was shocked… 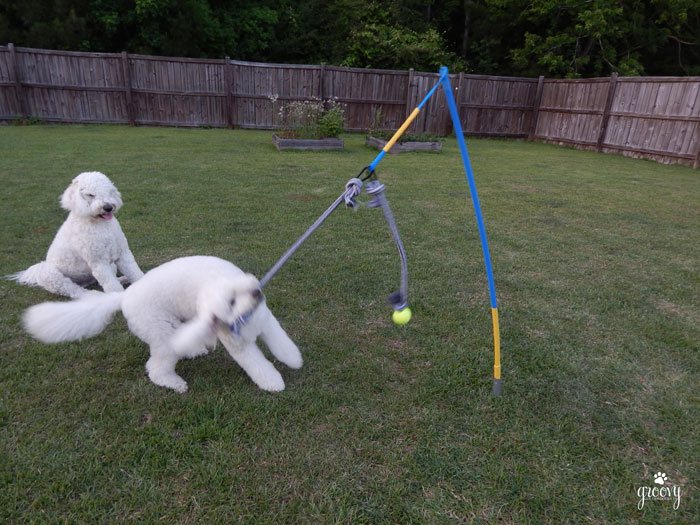 Jaxson observed intently the first couple of times, as if he was in tether tug toy training… 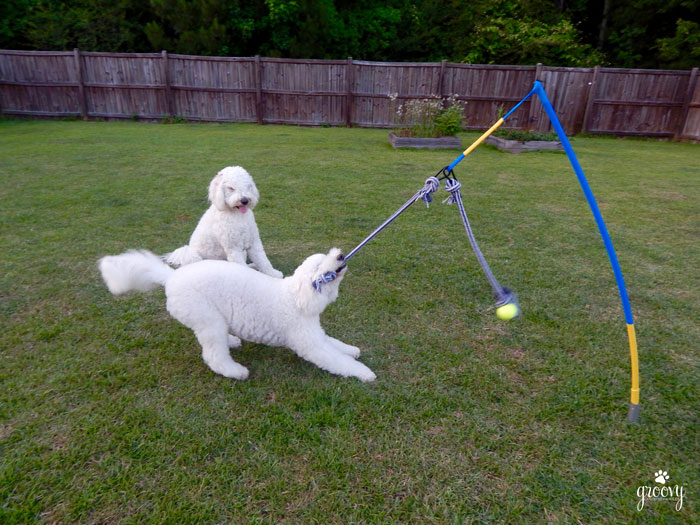 Right after we started playing with this, we were hit with consecutive days of torrential rain, which kept us indoors waiting for the ground to dry.

We’re back to sunny days, and tether tug fun, and afterwards I have so much free time on my hands. #doodledown… 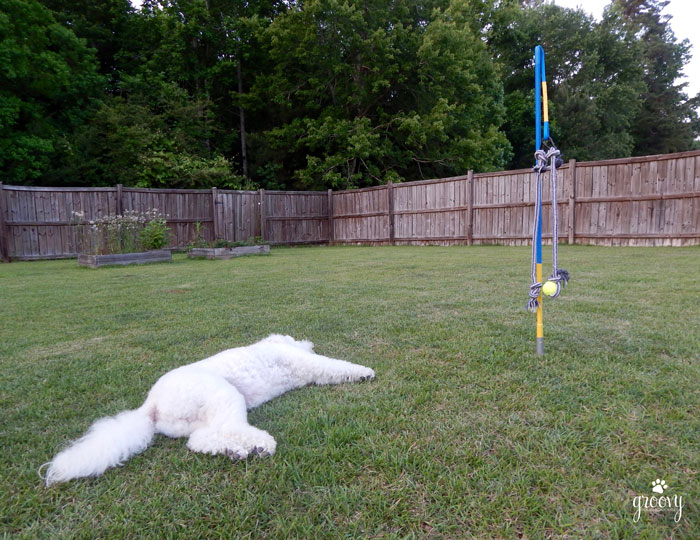 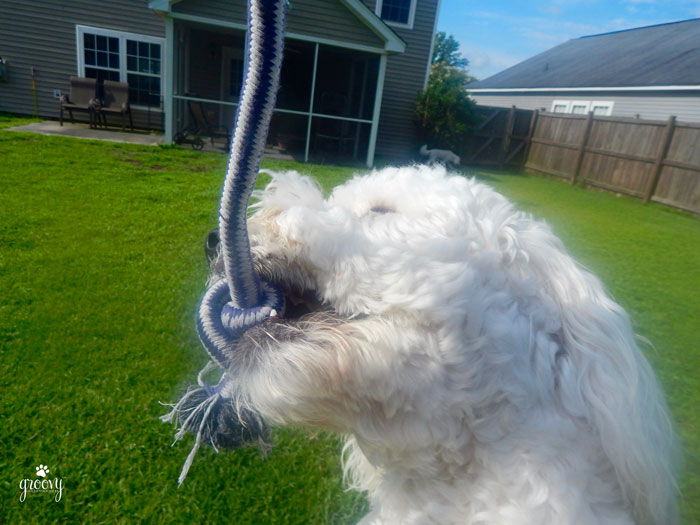 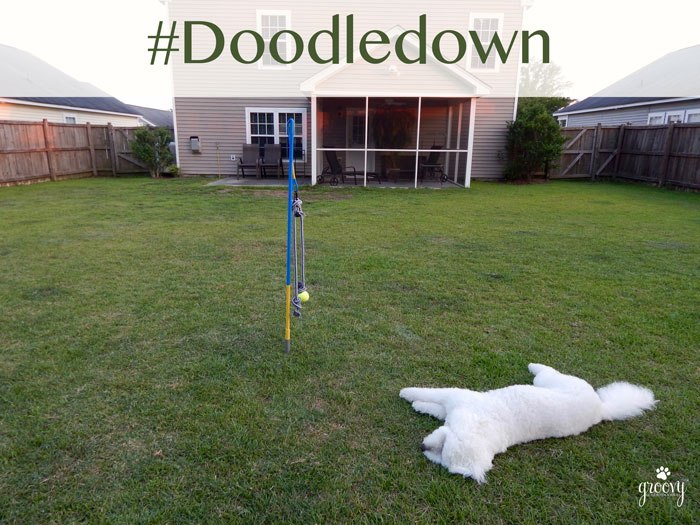 Make this weekend the best one ever! Help a friend #bekind