The month of April marks stress awareness month. I had no idea. Seems appropriate though for what our family is going through this month… 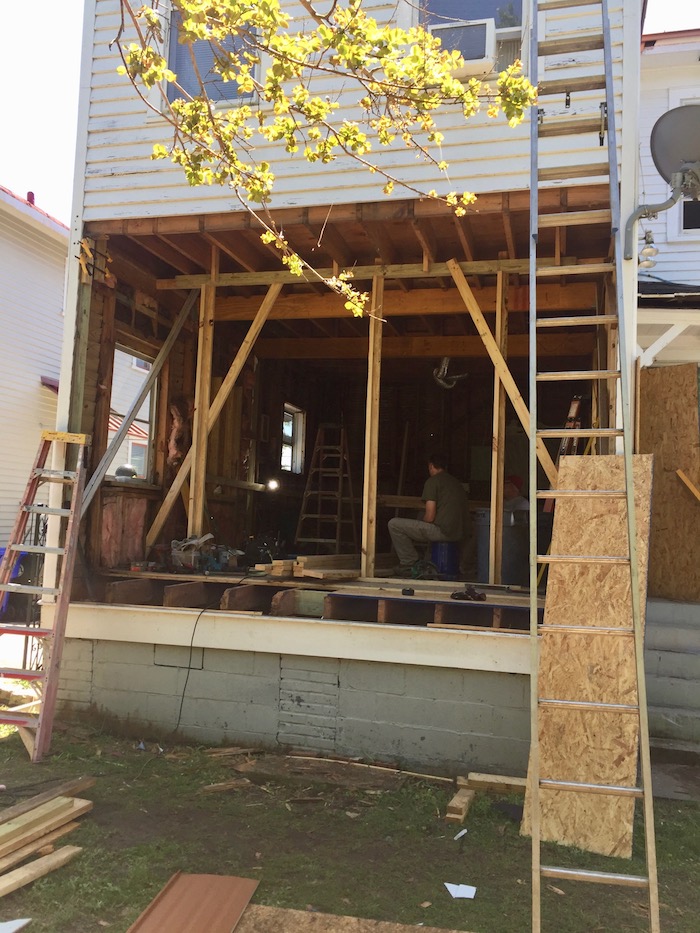 After almost eleven months renovations at the hacienda have begun.

For weeks, we’ve prepped and planned for almost every scenario we could think of. Our list of “what if’s” has been a daunting task.

Because Doodle Dad is home to oversee our dream turn reality, my focus has been the Boys -the dust – and the debris. With every Company we interviewed, I stressed #punintended my obsession with protective covering of each section they demo.

The company we selected understood my request. They assemble plastic sections outside the inside sections to ensure they’ve captured the majority of the dust…. 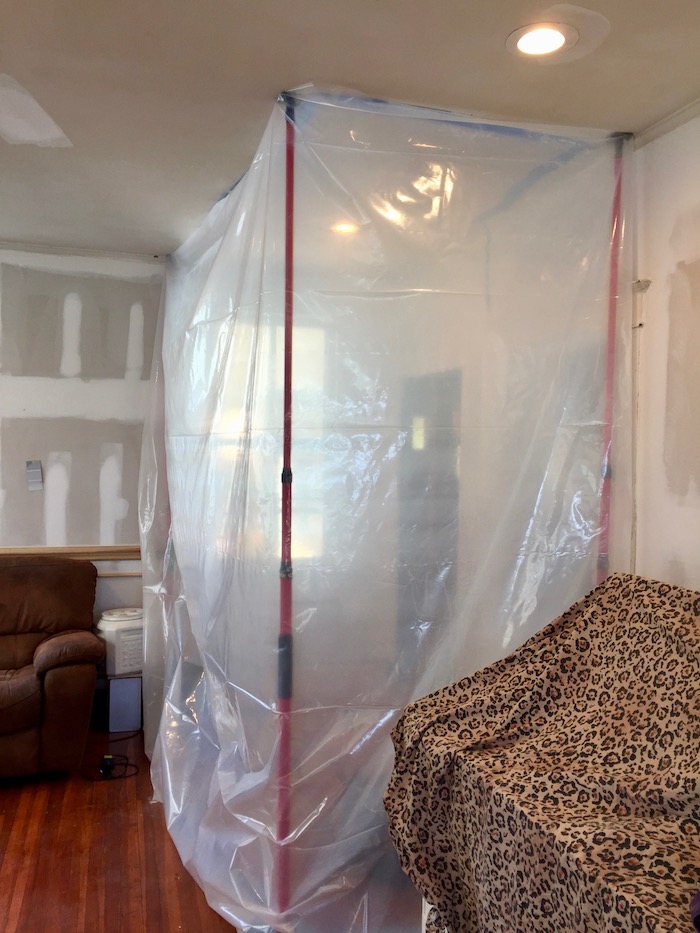 A recent survey stated more than 29 percent of dogs suffer some form of stress. I wouldn’t say either of my Boys “suffer” from fear or anxiety –

In Jaxson’s defense, I don’t like it either, it comes out of nowhere and I’ve been known to spill my wine, or jump out of my slippers a time or two.

When my son came to work on a project in the house, Jax was fine. He enjoyed watching him work… 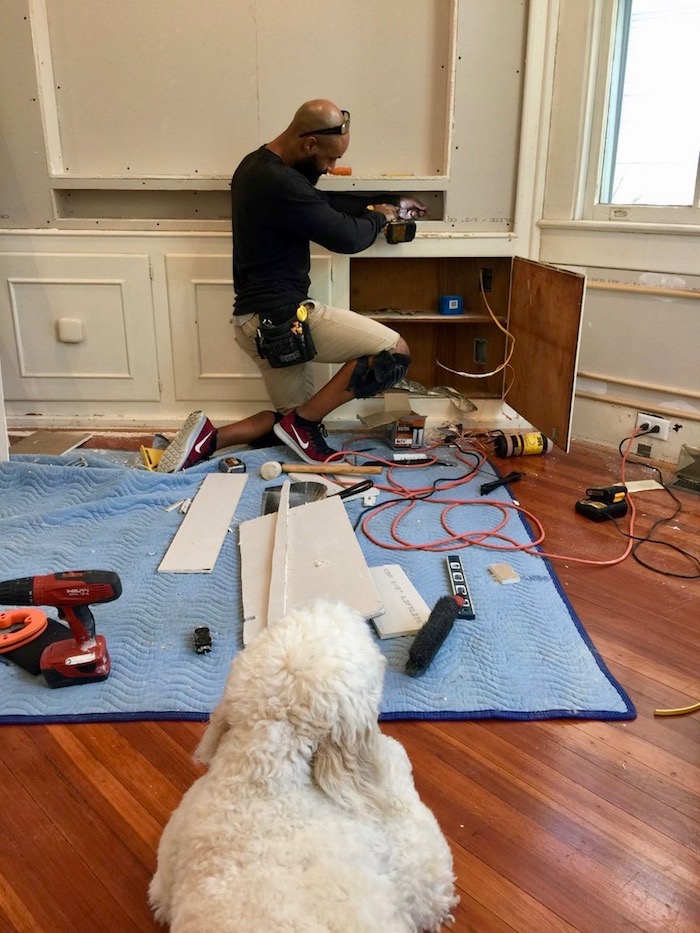 His curiosity seemed normal. As we moved some items around he was free to observe and be inquisitive… 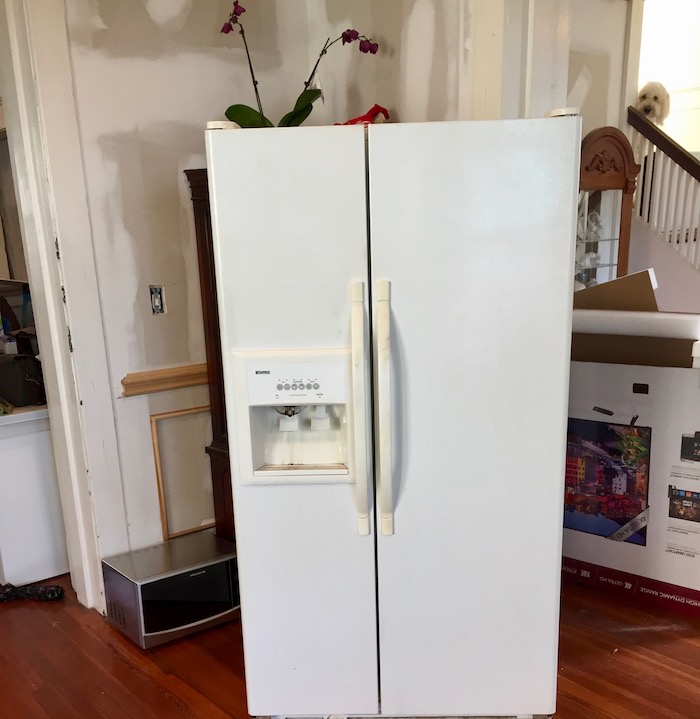 Notice Jaxson observing from the top of the stairs!

He didn’t seem anxious at all, so I thought we were good to go!

Imagine a hurricane, tsunami, tornado and thunder storm all occurring at the same time. That was how our renovation demolition pawty started.

Doodle Dad called me shortly after I arrived at work. He said –

It’’s getting kinda sporty here at the house

Homes in Charleston’s Historical District have metal (or tin) roofs. They are known to last for decades and sustain hurricane force winds. Sledge hammers are required to remove the panels and you can only imagine how loud those panel are when they fall from the roof-top into those metal dumpsters… 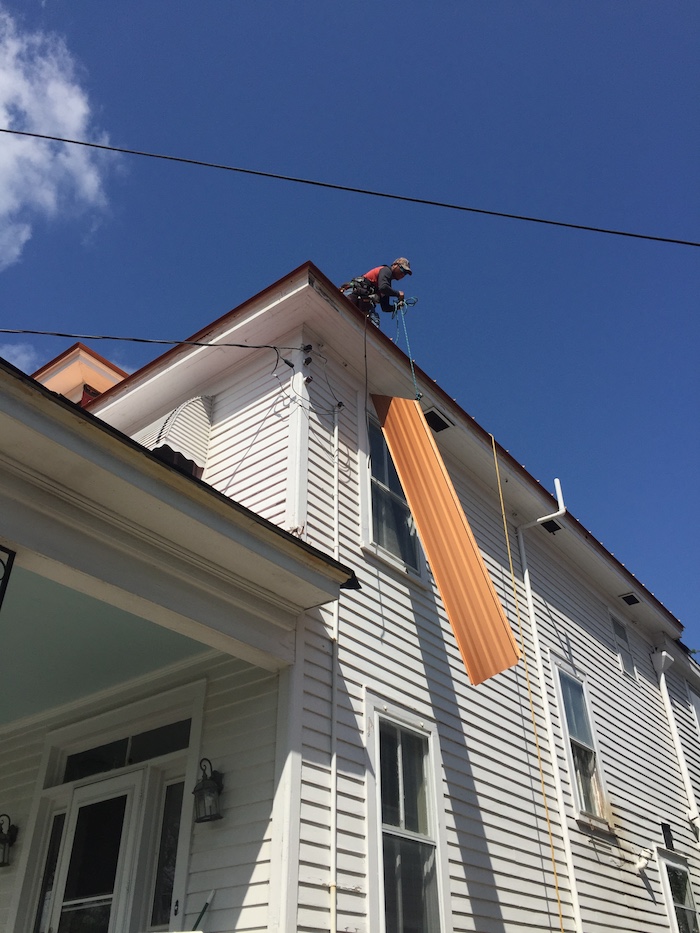 When I tell you my kitchen is being renovated, I’m talking gutted… 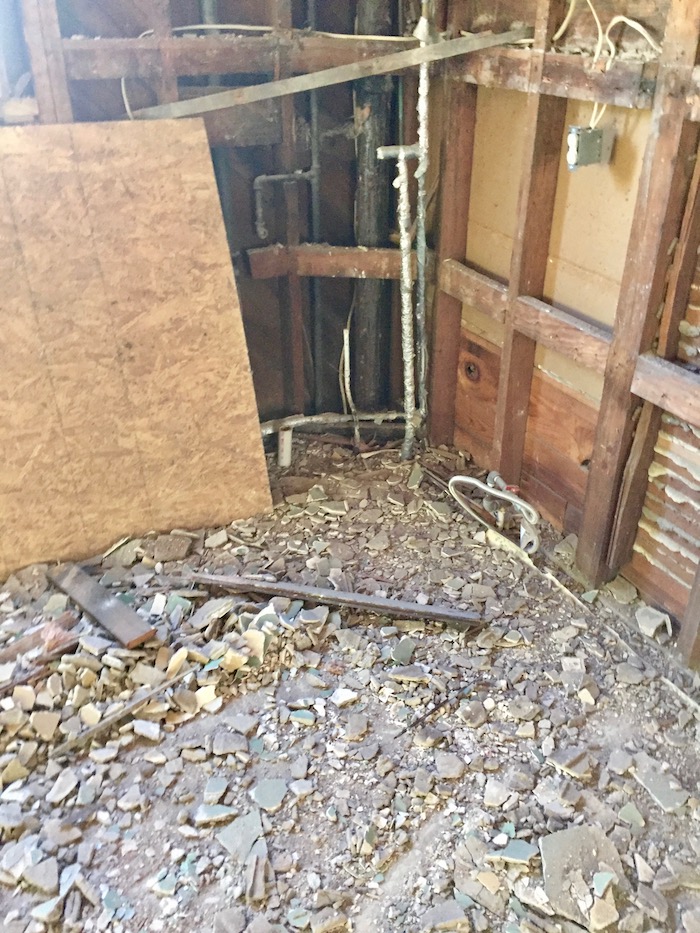 Jackhammers, sledgehammers, crowbars and chisels just added to the racket.

Lee called me at least three times in less than two hours.

The last communique was a text message –

Jaxson is really not handling the noise well.

And my heart sank.

Minutes later I received another text –

Jaxson won’t come out of the closet.

Along with this photo… 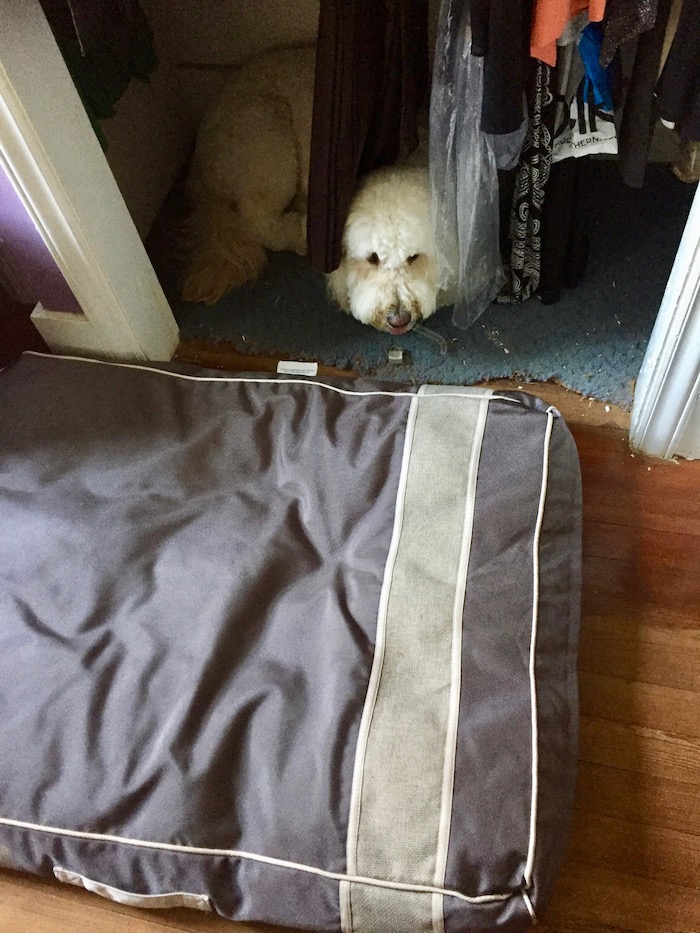 I left my job. #nolie

SOLUTIONS FOR DOGS WITH STRESS –

There are many ways to approach anxious, nervous dogs with fears and phobias. But none are cookie cutter solutions.

I prefer natural remedies myself.

Dogs have an amazing capacity to adapt to situations, but we (I) can’t expect them to “understand” and fit perfectly in our environment.

Knowing the source of Jaxson’s stress made it easy to for me to do something about it. I removed him from the situation. I took the Boys to my sister-in-laws house for the rest of the day. We took a long walk, drank a ton of water, had some treats and they slept.

The days that followed have been fine. Jaxson no longer hides in closets.

Neither the Boys nor I were prepared for the loud noise and deafening sounds from the tools and machines. Now we have better awareness, and now they are able to cope.

The roof crew have finished removing the old and are now installing the new roof. It’s a fraction of the sound, and we’ve found what works.

If the interior contractors plan to use loud machinery, they notify Doodle Dad and this sweet dear husband of mine does what only a pet parent would.

He finds Jaxson’s favorite movie Bad Boys (Martin Lawrence & Will Smith) on Netflix, and turns it up loud in the bedroom #cantmakethisstuffup… 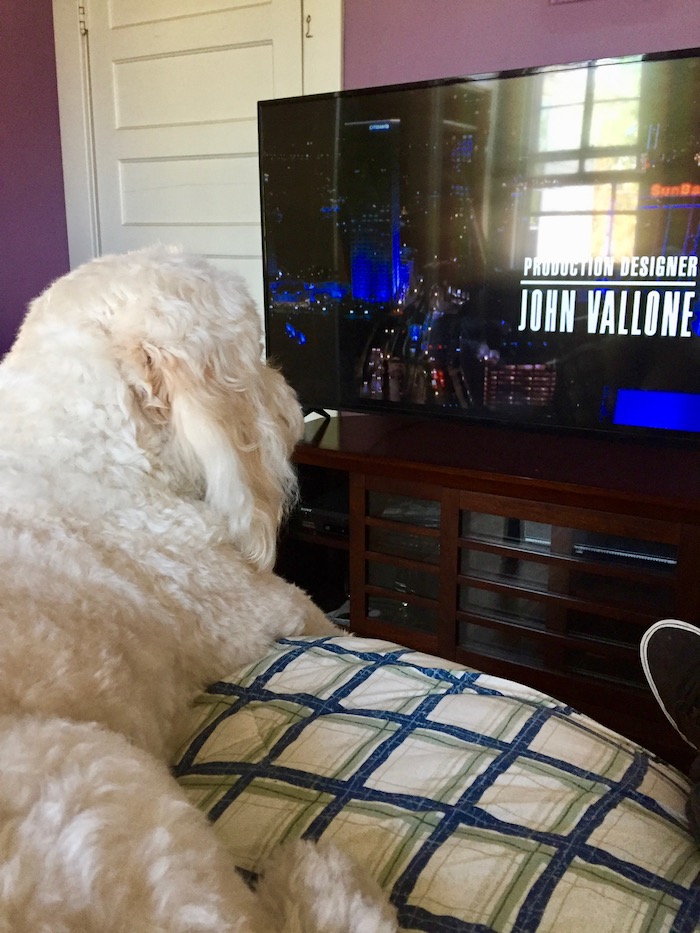 Charleston is so super pet friendly the Boys are welcomed everywhere (excpet grocery stores), so the three of them run errands together during the day. The Downtown Wells Fargo branch love it when they come through the door… 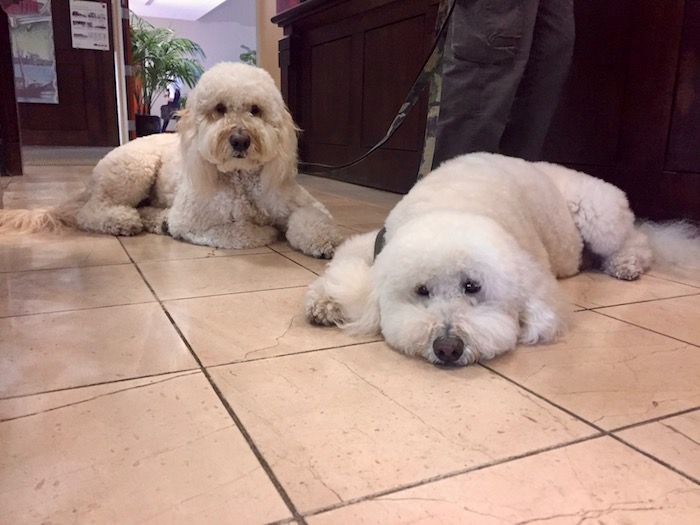 Well, Harley has to be and probably always will be one-cool-Dood. During all the construction activity (unless there are errand to run), this 9 year old cutie just naps. That’s right, Harley could care less – he just sleeps… 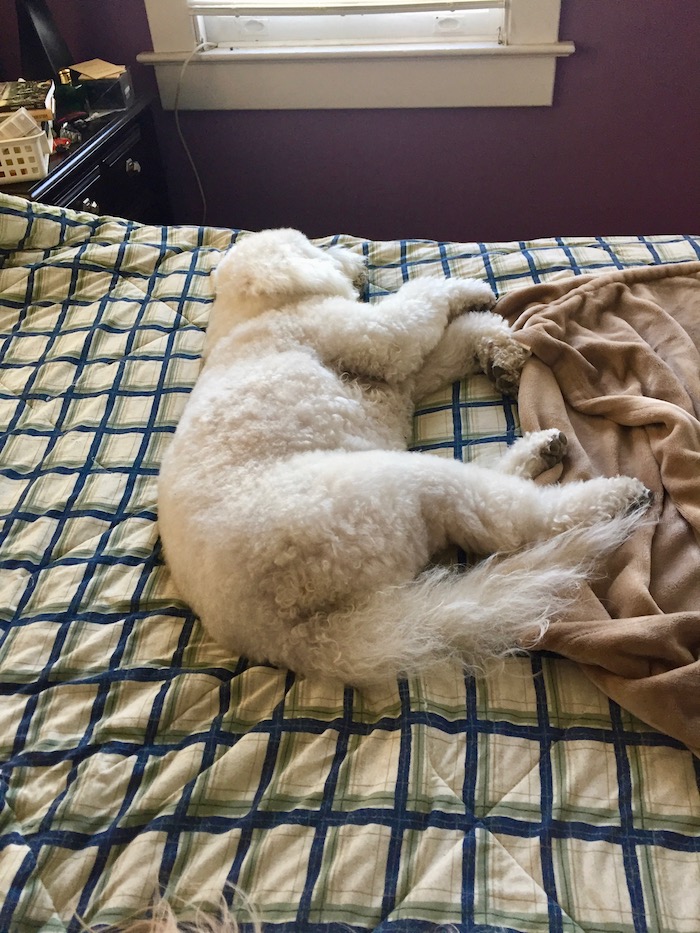 Completion is about 30 days away. Prayerfully the worst is over.