Go get a glass of SOMETHING and raise it high – CELEBRATE! The humans “won” one this weekend – YEA!

Some of you might remember the “lightening bolt” experience I blogged about last year (July 25th “Bad Boys”). If we attempt to take the boys out of the house without a collar and leash it is over before it begins! Harley is always in “break-out” mode no matter how many treats I carry.

He runs so fast most of the time, I’m sure the neighbors think we’re doing terrible things to him!

I’ve always wanted that “TV” dog, you know the one in the movie or sitcom that just “sits” on the front lawn bothered by nothing! Kids can ride their bikes down the street and they never move….

Well Saturday was a red-letter day, someone call “Caesar Milan”, tell him “I did it!” (at least today I did). This evening it only seemed fitting that I forgo what I had “planned” to write and share this great accomplishment with you…

My husband came home around noon with a truck full of mulch. The weather here was gorgeous, 70+ degrees, sunny, blue skies, nice slow warm breeze, and as I assisted with conversation and companionship (I do not “do” mulch!), I would occasionally look towards the house and see this: 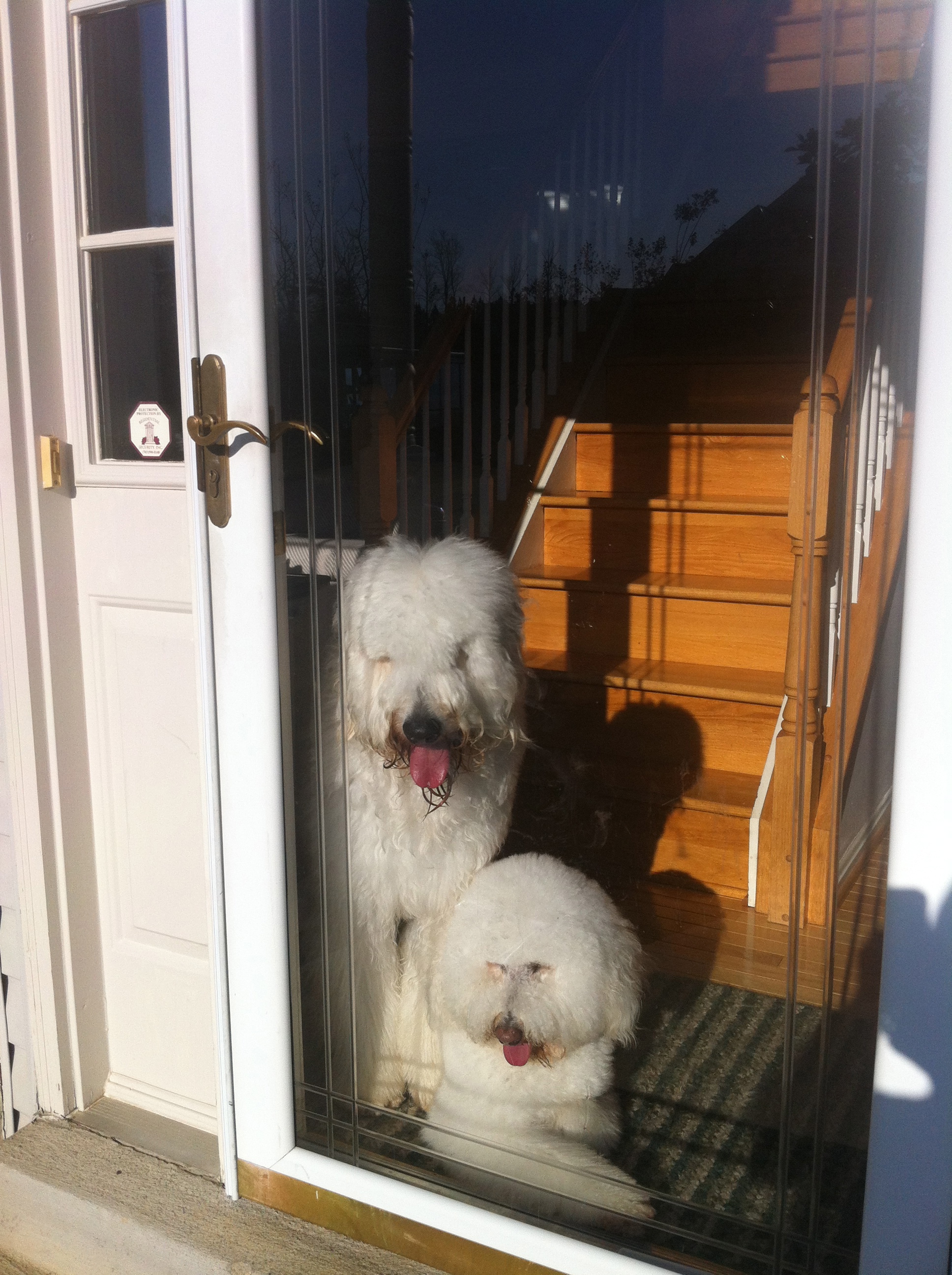 I knew if I let them out, Harley’s number one objective would be to “casually” stroll towards the edge of the lawn, and then try to set a new world record down the street: 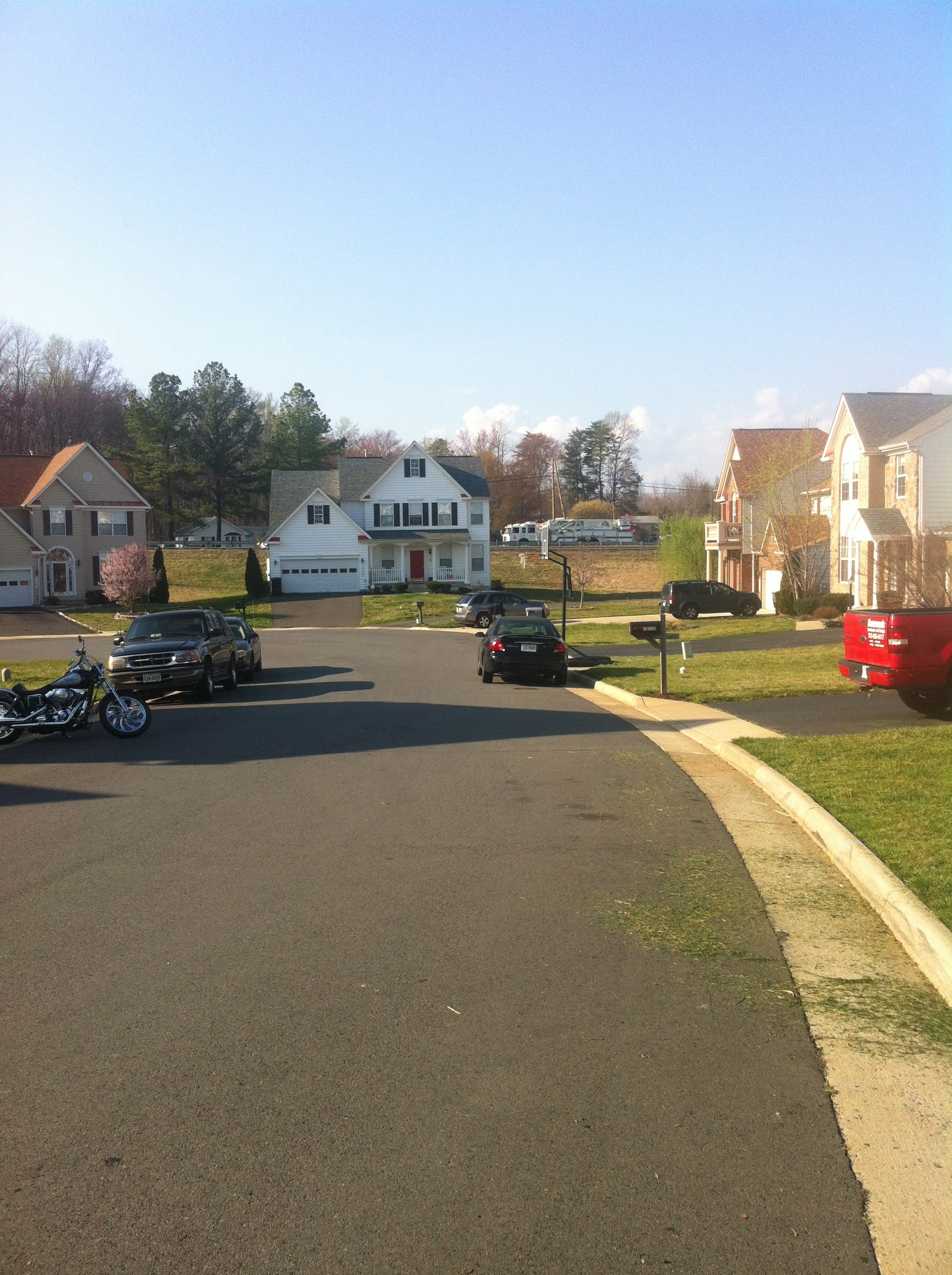 Trying to get to “Cooper’s” house with the “red door” in the belly of our cul-de-sac: 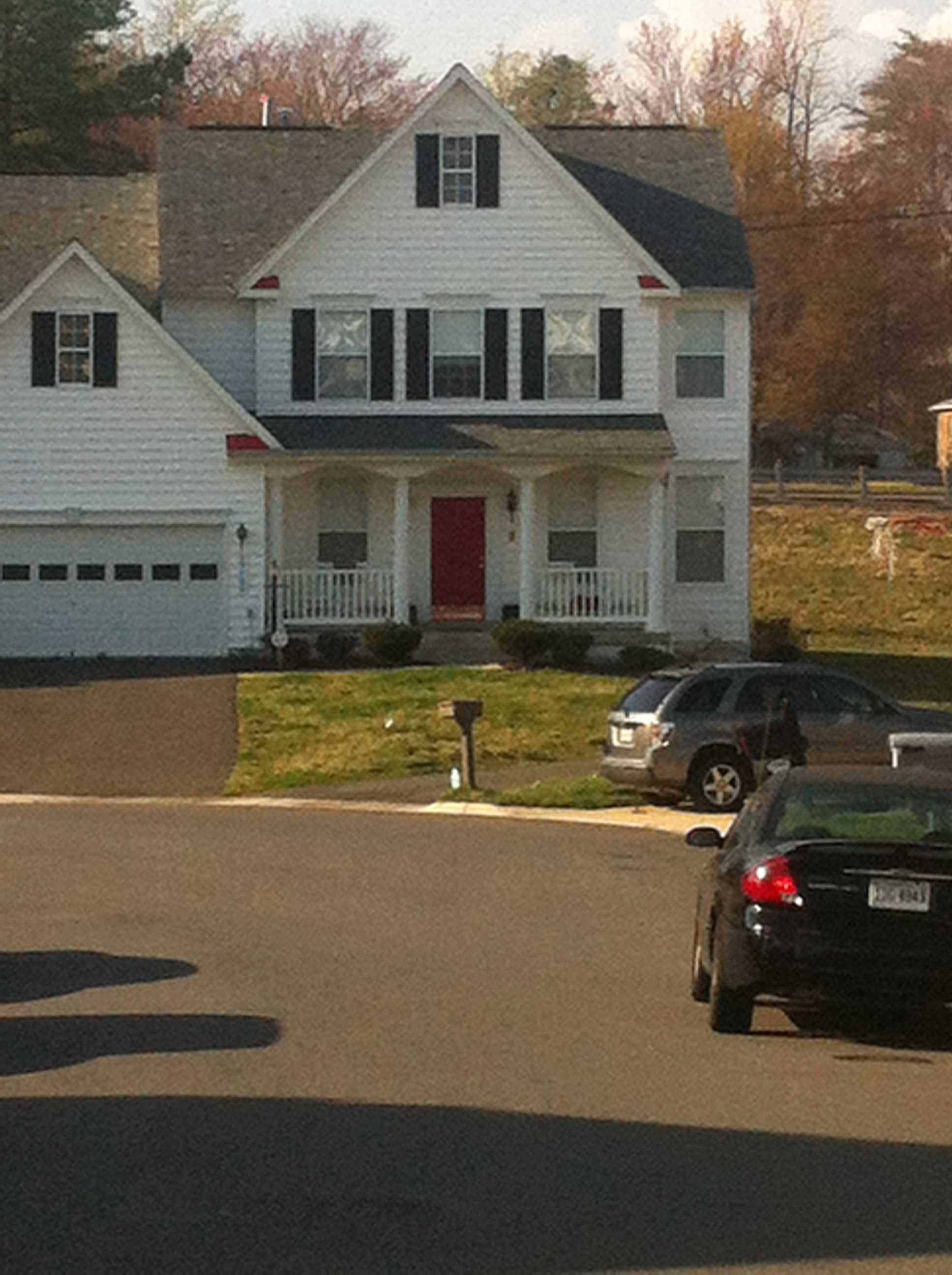 I honestly can’t tell you how much time went by, yet they remained in the doorway – never moving, only breathing. Then it hit me, I can “teach” one by “using” the other one. So, Leo became my “training tool”: 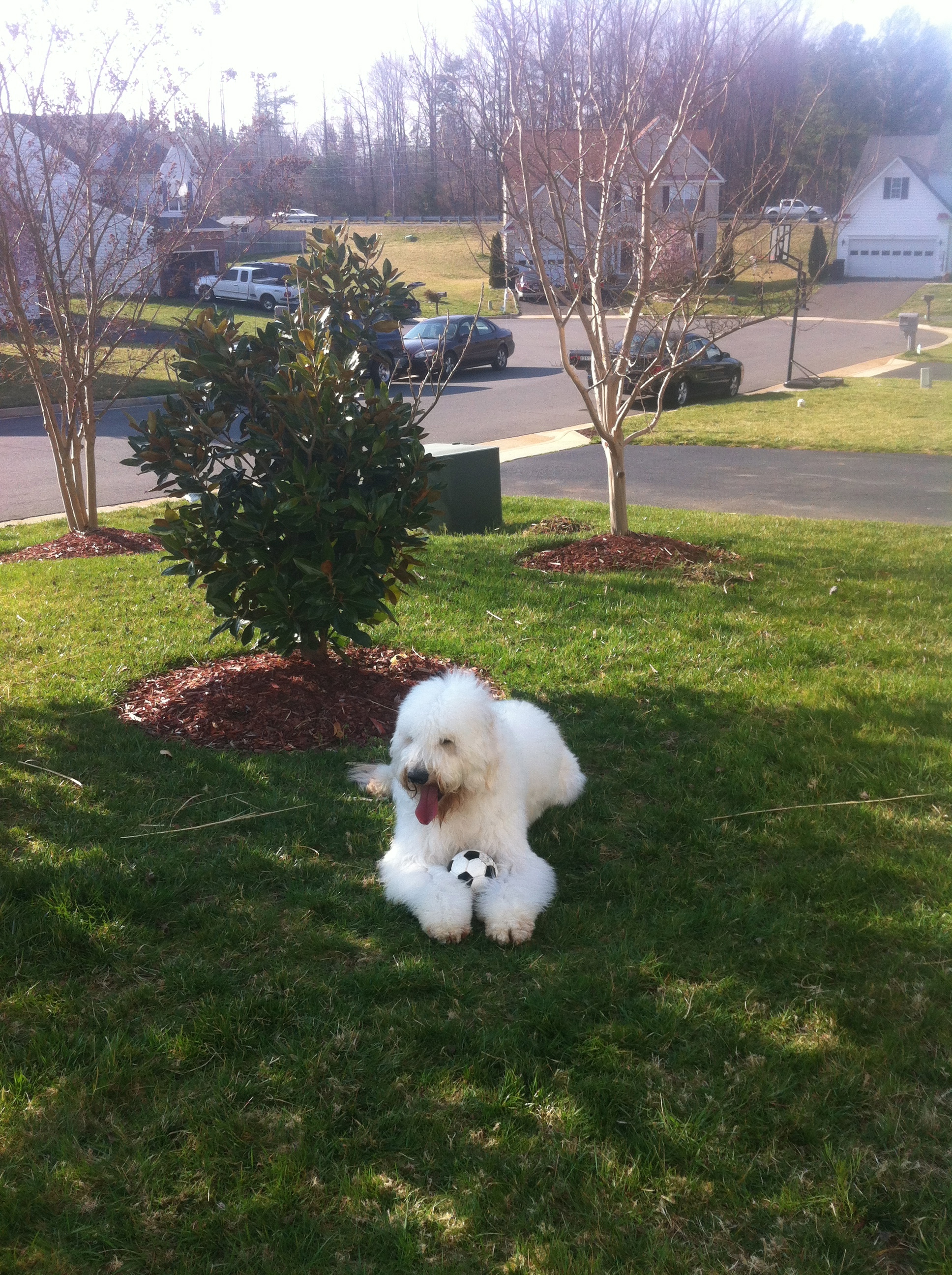 Now I know what your thinking, “that’s not playing fair”, and your absolutely right! But I’m the parent, I don’t have to play fair! Leo played with his ball, and Harley watched from behind the glass like a convict. At one point Leo went up to talk to him. I can only imagine the conversation: “Hey man, if you’d just do what they say, you could be out here with me.”: 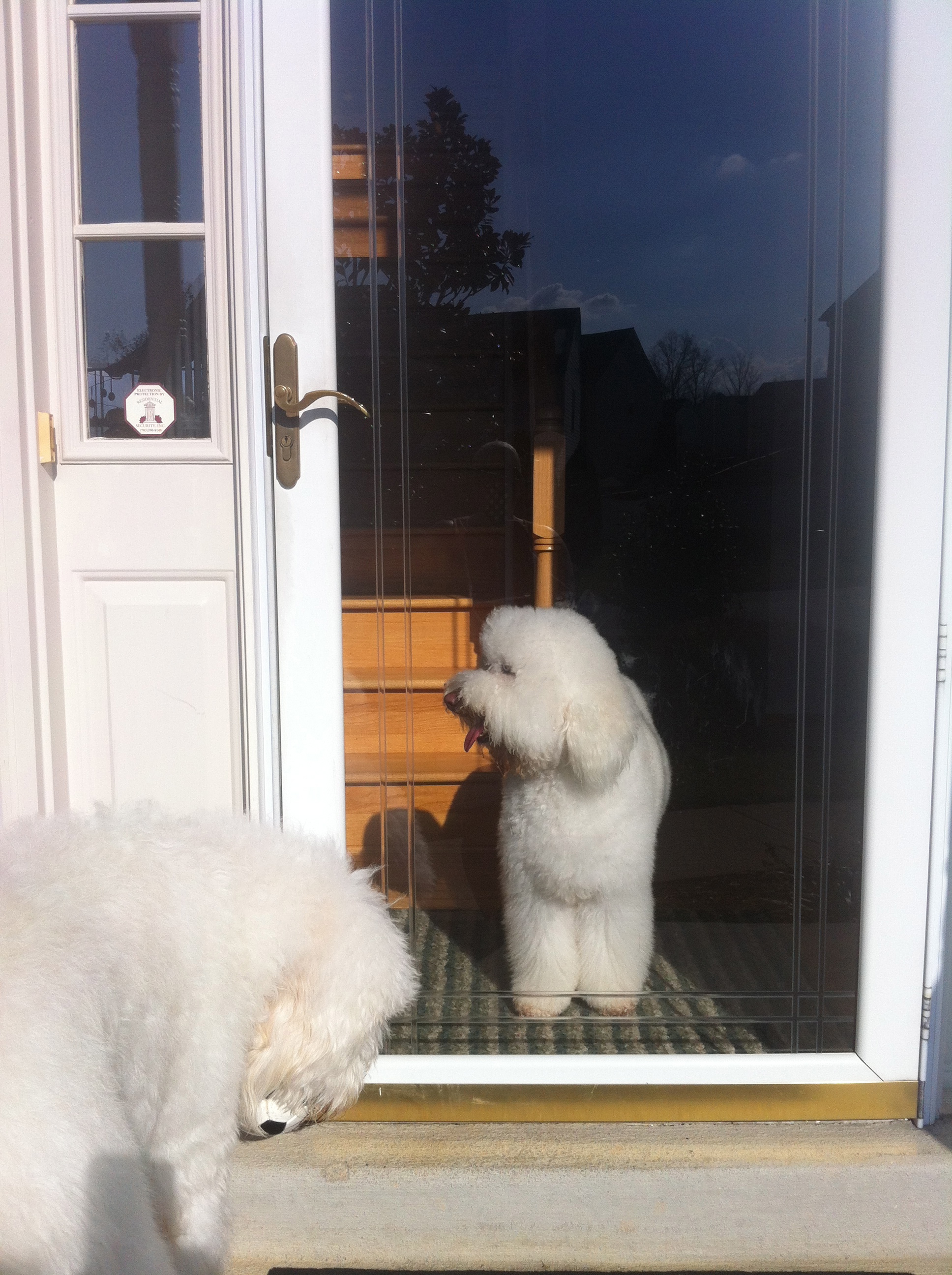 It had to be well over 30 minutes, and as the two wardens conferred (Lee & I) we decided to test it: 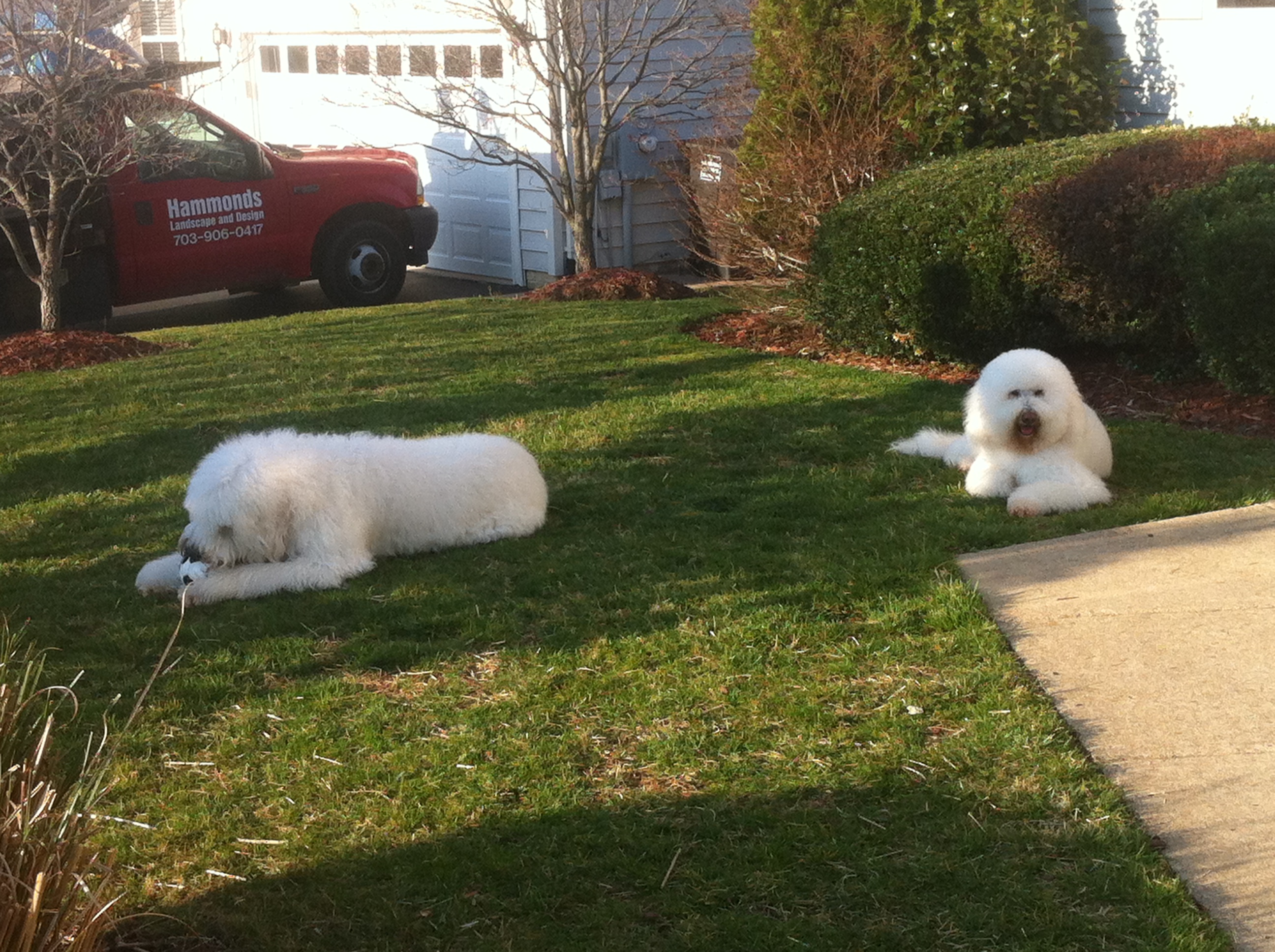 WOW! Harley had conformed, he was rehabilitated! He sat on the lawn like one of those “plaster of paris” statues you buy at the hardware store to decorate your front yard: 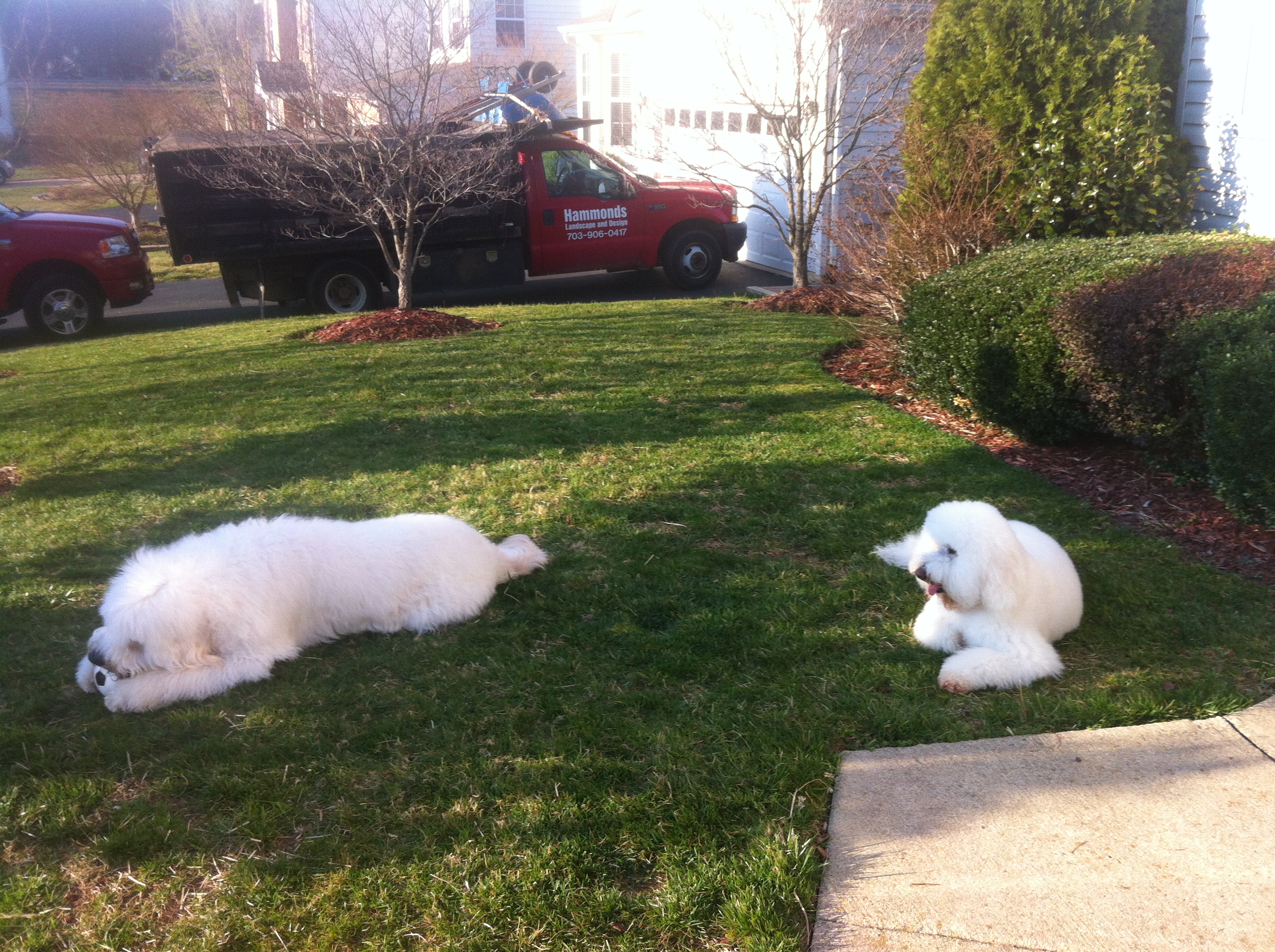 This was like Christmas – and then… the ultimate test. Two houses to the left a twelve year old was having a birthday party. As the party ended the kids started coming outside to wait for “parent pick-up.” I accepted the fact that my “parolee” would have to go back in – the temptation of little people, would be entirely too much for him on his first furlough. But much to my surprise, our new little two legged friends came and left our yard many times and the boys stayed put: 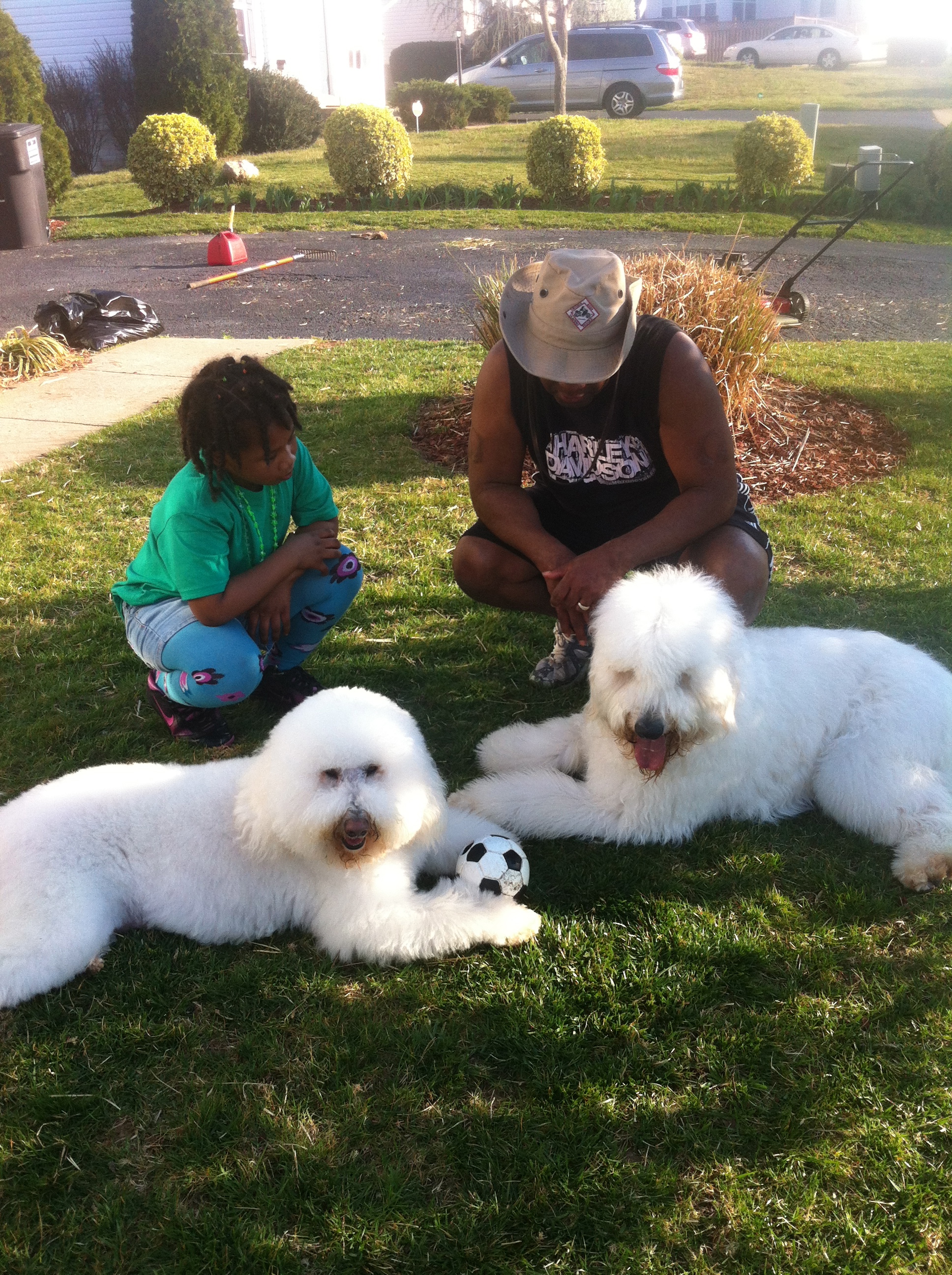 When all her guests left, and the party was over, little Tina came back and played ball with the boys for the rest of the afternoon and everyone remained on the “island.” A good time was had by all – especially me: 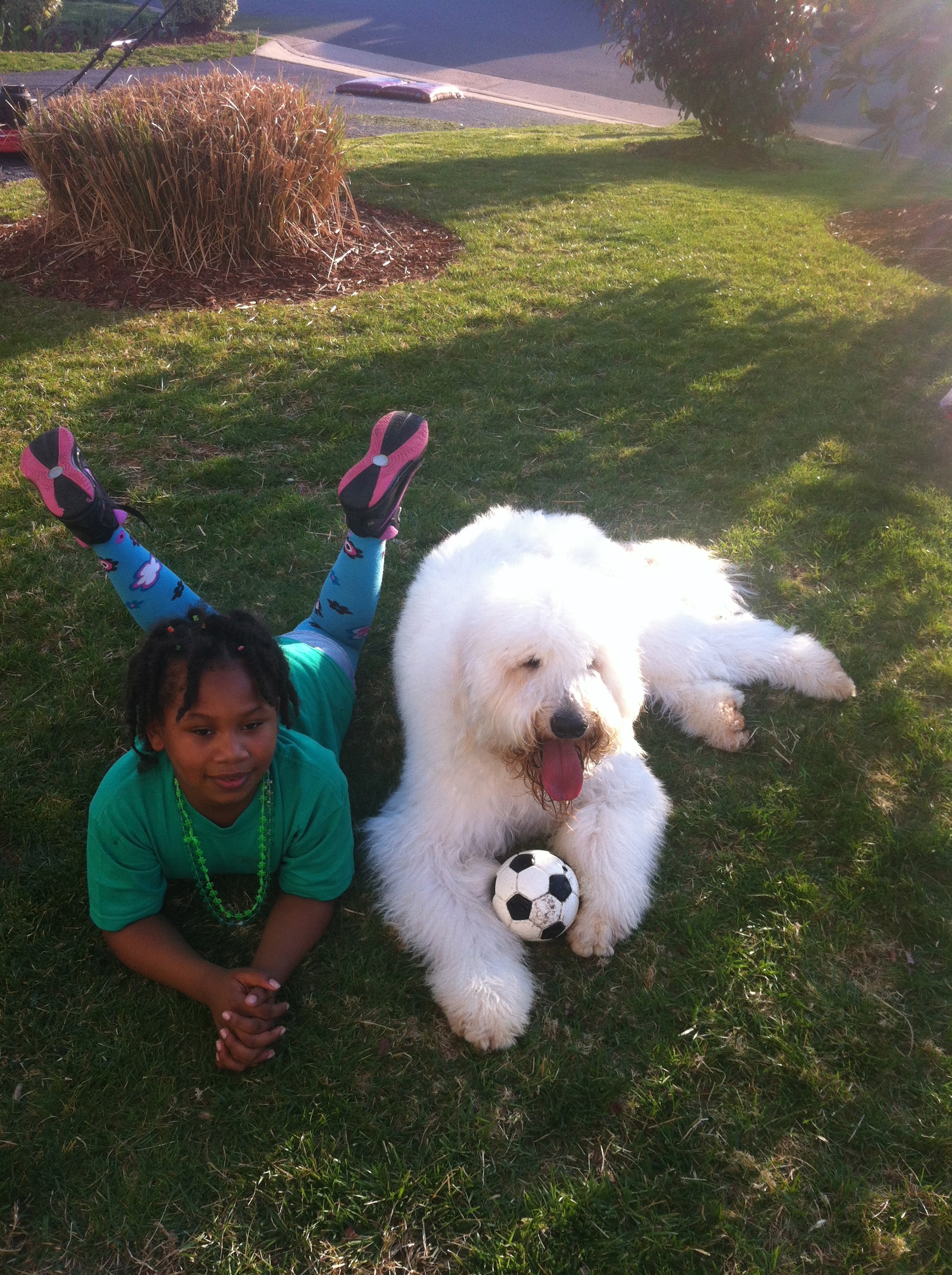 Can someone call Animal Planet and let them know I’m available…. Thanks for reading!