Grab a cup of coffee and meet a few of our new neighbors!

It’s been three weeks since we’ve moved downtown, and although I’ve been visiting this neighborhood for more than 45 years – living here has a novel feel to it. #feelsgood

Two blocks down on my right is –

A landmark in Charleston and South Carolina – noted for its educational reputation and rich history. Established in 1842, it is one of six Senior Military Colleges in the United States.

Best known “nationally” for its Corps of Cadets, the Citadel draws students from more than 45 states an a dozen countries… 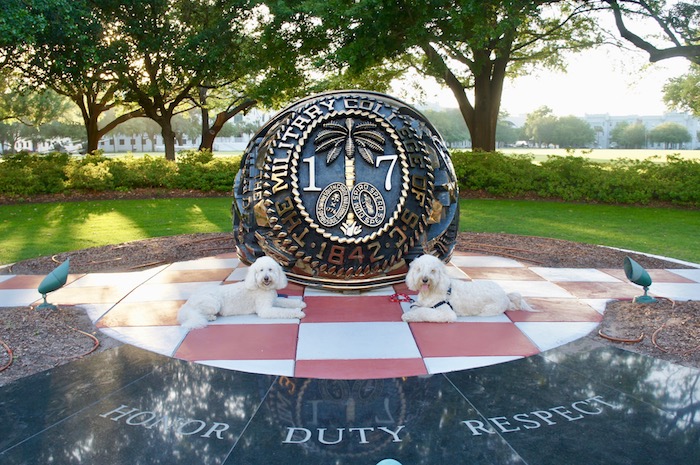 While the ROTC Departments offer commissioning opportunities in all branches of the armed services, unlike West Point, many graduate from the Citadel without a required service commitment.

My neighbor in front of me is the city’s –

A 21,000 seat football stadium that’s conveniently across the street from the house… 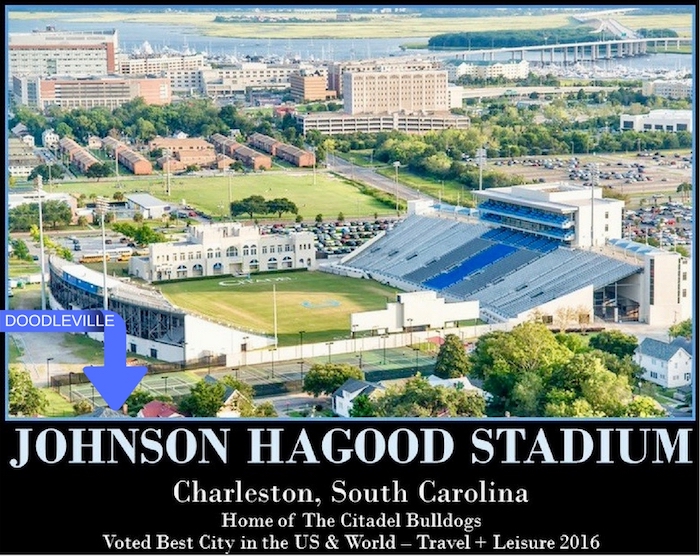 Tennis courts directly across the street (arrow shows our rooftop) made Lee and his sister avid tennis players. Jaxson’s tennis ball bucket is filling up quickly. Most mornings we find a few on the front lawn. 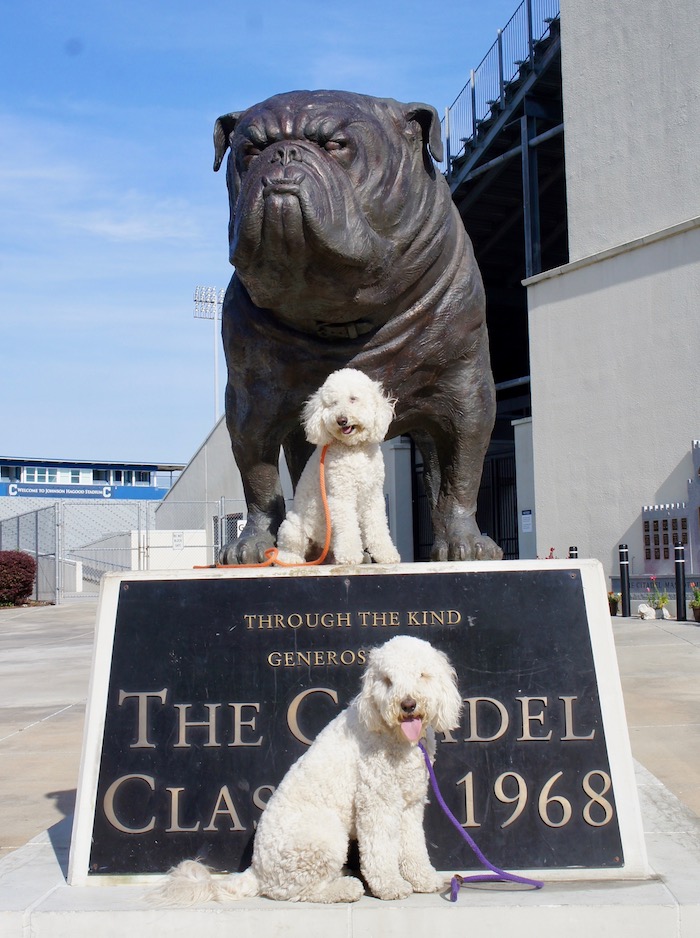 The Boys paid their respects for those mascots that have already crossed over the rainbow bridge at the beautiful memorial outside of the stadium entrance.… 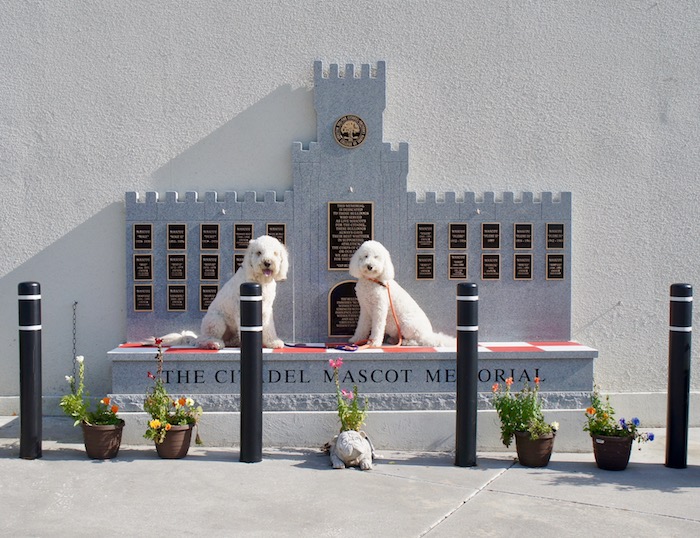 Our backyard behind us is huge –

a public park with 60 acres, for the Boys and I to explore and enjoy… 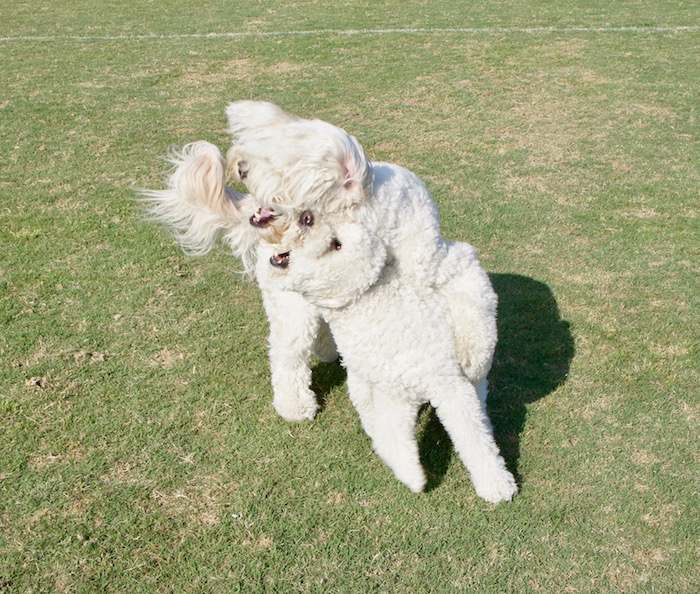 Two blocks from the house there’s always something going on and plenty of pets and pawrents to meet. 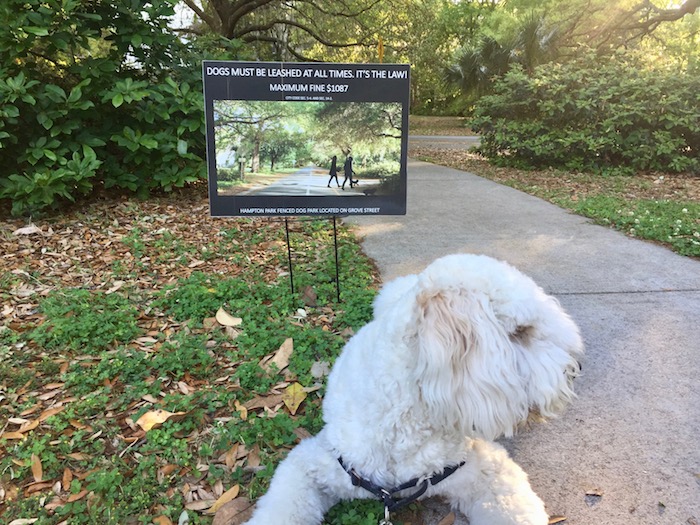 It’s always a wonderful day in the neighborhood #mrrogers

Live your life and forget your age ❤️