By Cathy Bennett Monday, May 28, 2018 7 Uncategorized No tags Permalink 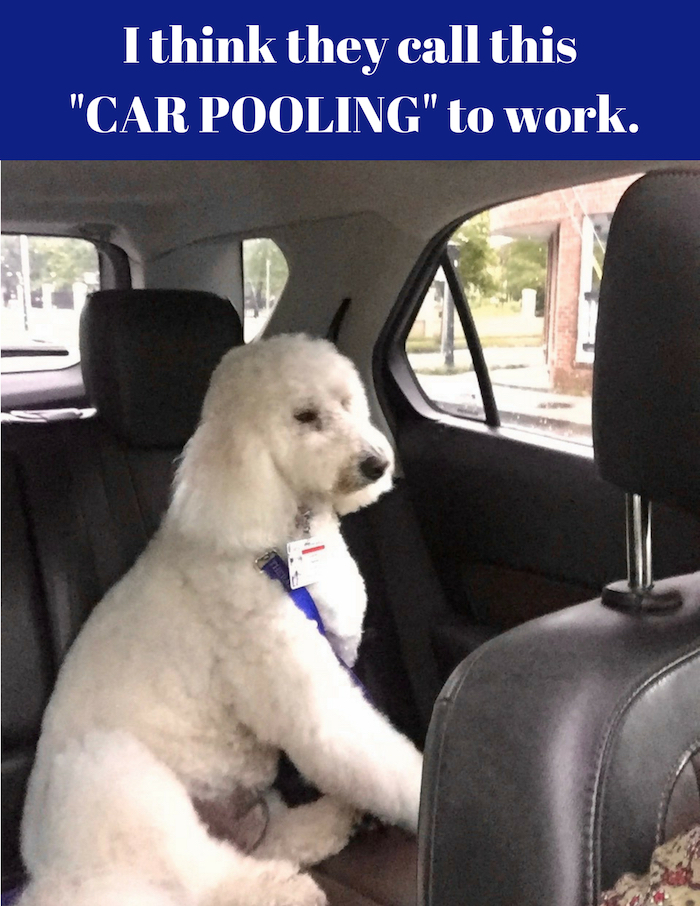 A few months ago I decided it was “ok” for them to have a little independent time with me.

They literally did everything together – three amigos, musketeers, stooges, etc…

With the exception of Harley’s pet therapy commitment, never were they apart.

I devised a plan (which I named “Healthy Separation”) – designed to allow individual outings. With several weeks of “mini excursions  just for two” under our belt, I land the job of my dreams – Pet Therapy Program Coordinator.

This promotion allows me to bring Harley and/or Jaxson to work with me! #Iamstillgrinning

In my new role – they’ll accompany me to work and visit patients and hospital staff. Harley & Jaxson will provide “back-up” when there are no pet therapy pups in the building. One of them can fill that void as they alternate work days.

Harley went with me today and I was curious about Jaxson’s reaction.

They both wear “special” collars and leashes when they volunteer. Whenever Jaxson sees Harley’s therapy badge swinging from the collar that’s in my hands he immediately starts to act foolish. He’ll run and body block the front door or try to entice Harley with an impromptu Doodle Romp.

Jaxson will do just about anything to keep Harley from crossing that doorsill.

Happy to report – today was not the case. I received one photo – with no words attached.

There were no words needed, Jaxson was doing fine… 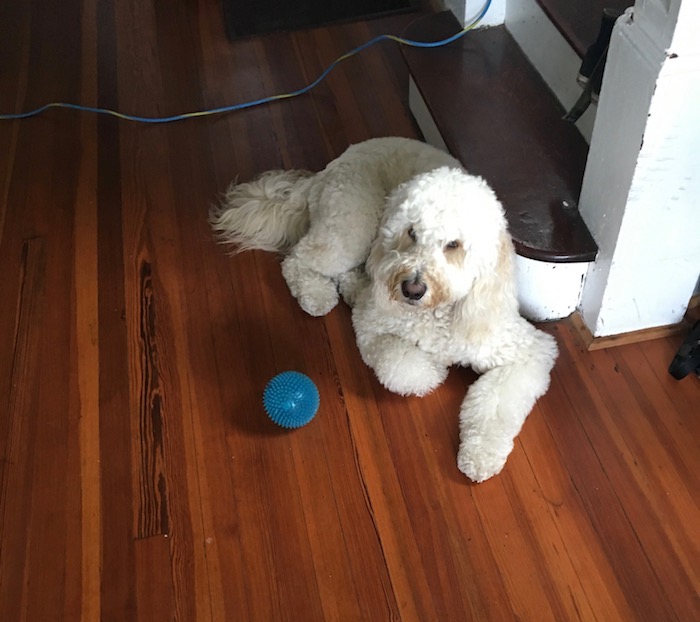 FIRST DAY AT THE OFFICE –

Harley’s no stranger to the Volunteer Services office, but he’s never been there for an entire day.

I’ve ordered an elevated cot for him, so until it arrives I brought his puppy blanket (yes, I still have it!)… 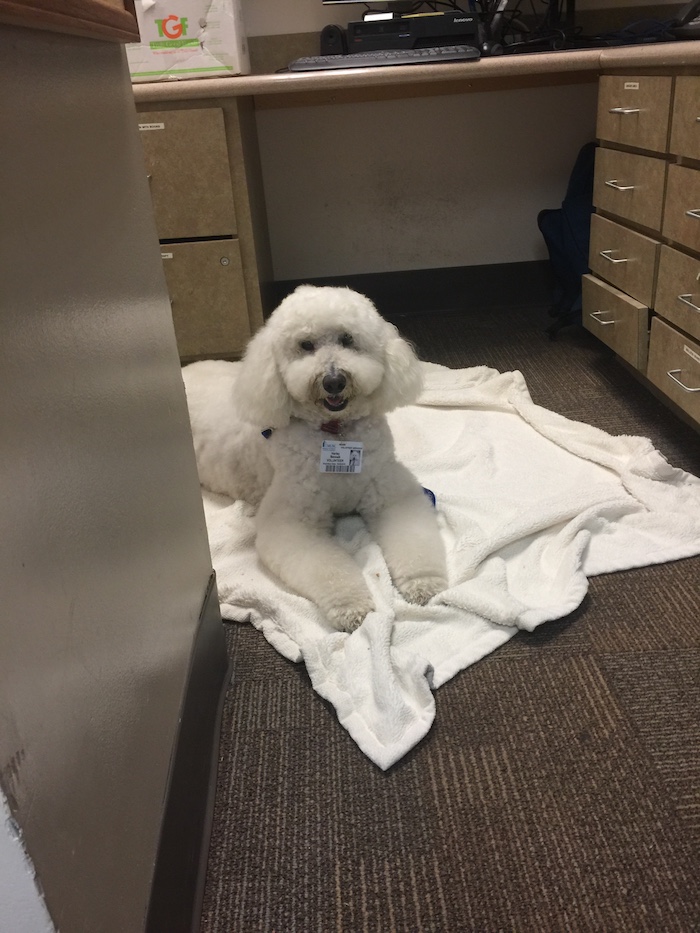 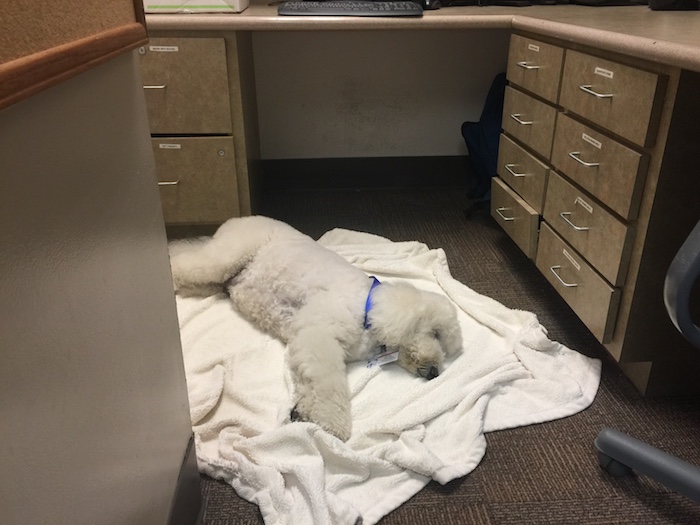 Three therapy dogs worked the Memorial Day holiday, so I was able to observe Harley’s attitude with other pups coming in and out of the department. He did better than expected – probably because he’s familiar with the dogs. 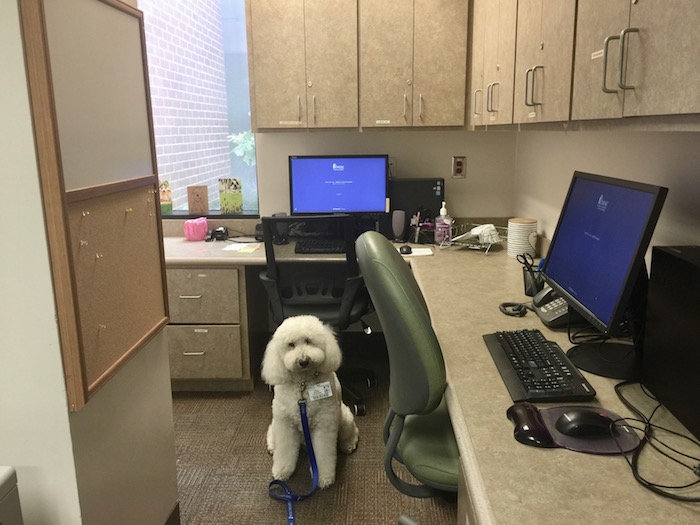 Jaxson was elated to have us home again. Doodle Dad said he was fine, but once we walked inside the house it was pawty time #doodlestyle

He’s been extra cuddly this evening… 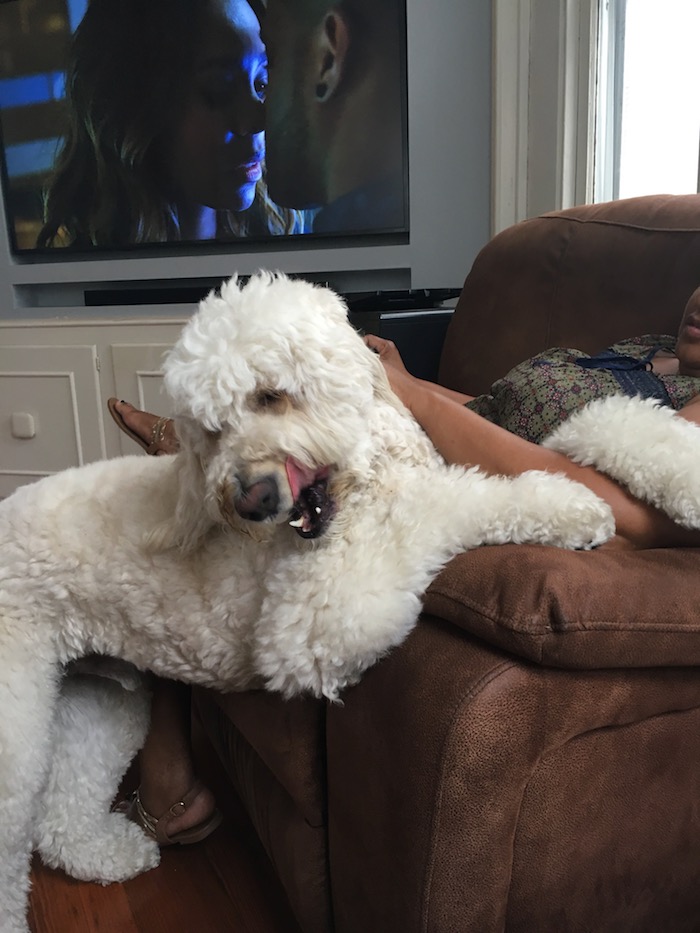 Which is to be expected. Truth be told, I missed my other extension also… 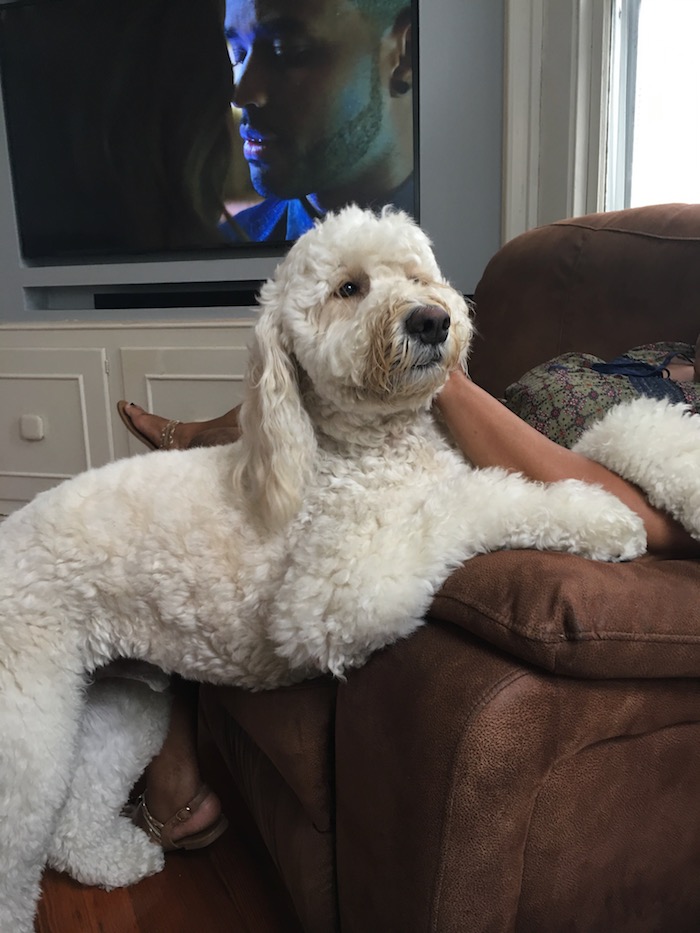 Jaxson must wait for his registration card and therapy collar tag to arrive before he starts. Should be a week or so, since we’re waiting on the mailman.

It will be interesting to see how Harley reacts when he’s on the inside of the screen door watching Jaxson and I leave for the day.

Fingers and paws crossed it won’t be hard #for me