As I read the email a second time, I just knew this was a mistake. Sure, Harley’s been a therapy dog for almost a year now.  He’s even been to a few schools to participate in their reading programs. But this was going to be a first. Harley was going to High School.

I reached out to the school anxious for answers. Wanted to have this mystery solved:

Turns out the answer was more fascinating than I could have imagined.

It was all about the SOL’s (Standard of Learning tests)

The Standards of Learning (SOL) for Virginia Public Schools is to establish minimum expectations for what students should know and be able to do at the end of each grade or course in various subjects.

Tests in (reading, writing, mathematics, science and history/social science) measure the success of students meeting the Board of Education’s expectations for learning and achievement.

Apparently – these tests have the potential to create a great deal of stress for students of all ages, so this particular school decided to incorporate a “Stress Less Week” prior to taking their exams.

Having Harley and another dog named Abbey around for 2.5 hours was part of “Stress Less Tuesday.”

Of course we happily accepted the invitation 🙂

The objective? Hang out by the cafeteria door.

During each lunch period, students would come outside before or after their meal to meet and pet the dogs.

We walked on campus a few minutes early to set up his work station. #seriousbusiness 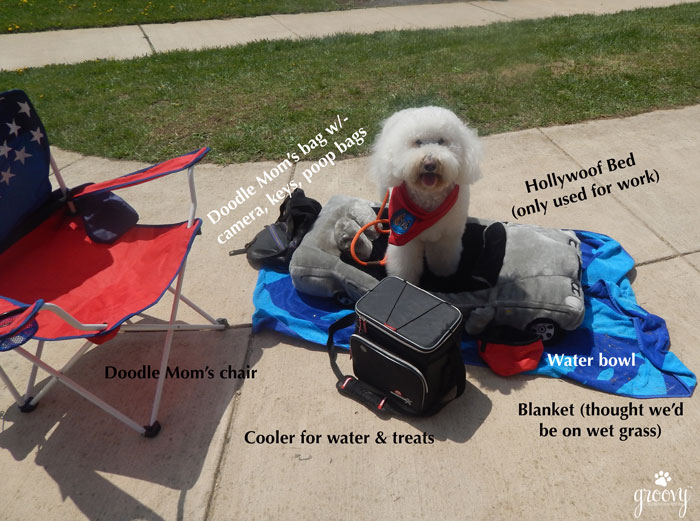 Once everything is positioned to his liking – he gets comfy, strikes a pose, and waits for the bell to ring… 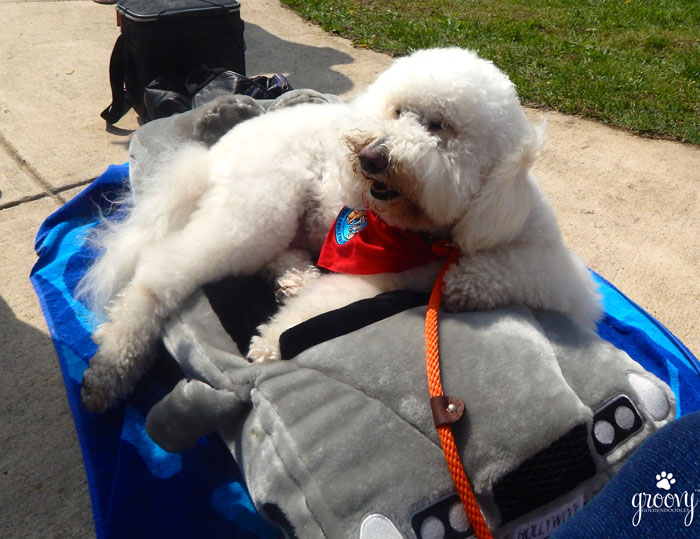 I must say, I was a little curious and wondered just how interested teenagers could/would be at the site of a doodle outside their cafeteria door.

They were very excited… 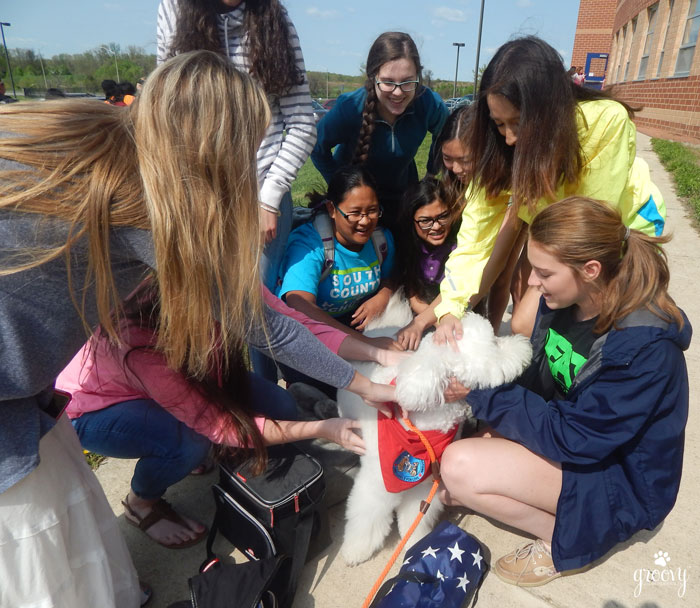 Many of them had pets of their own at home and quite a few did not. I was surprised at the sheer volume that came out and stuck around… 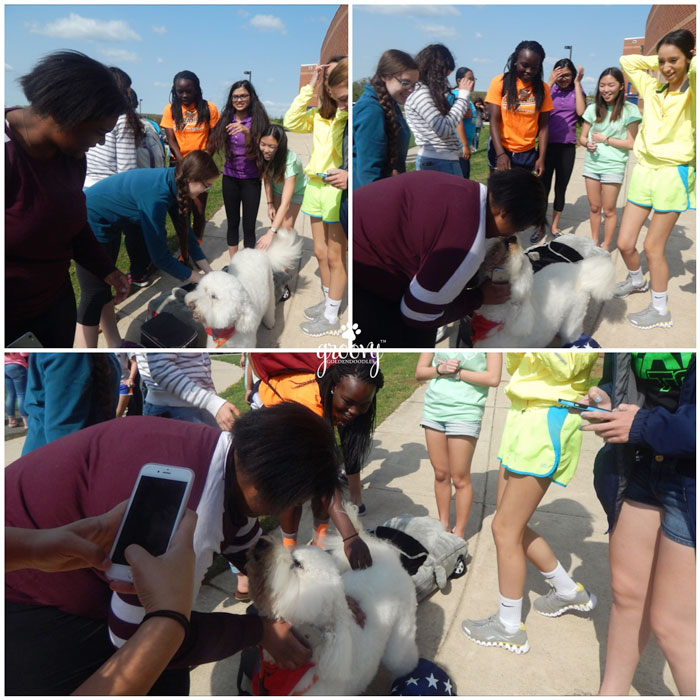 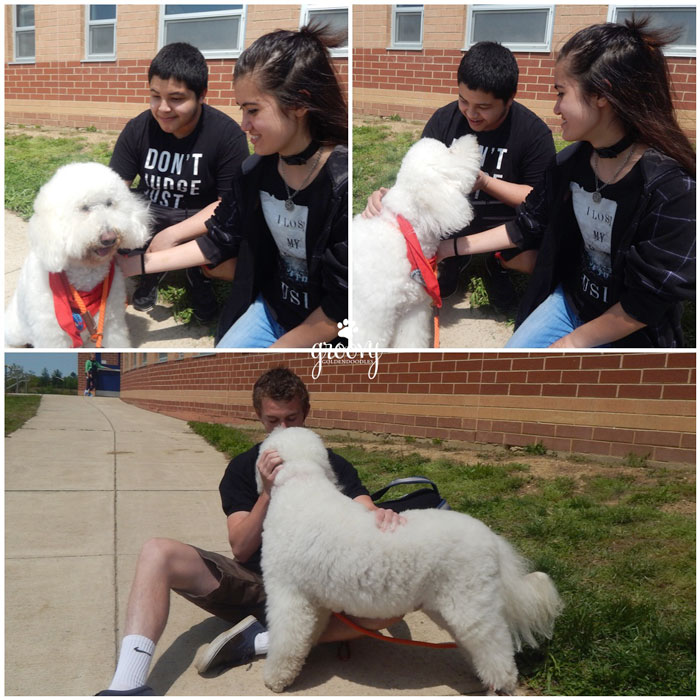 We were there for close to two hours. the students were like Bebe’s kids – they just kept multiplying… 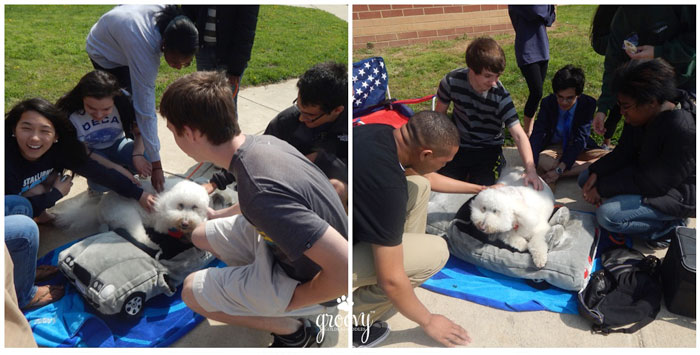 As the students sat and fussed over him, I could hear them talking about how this would be so cool to have dogs around all the time. Even some of the facility echoed the same sentiments… 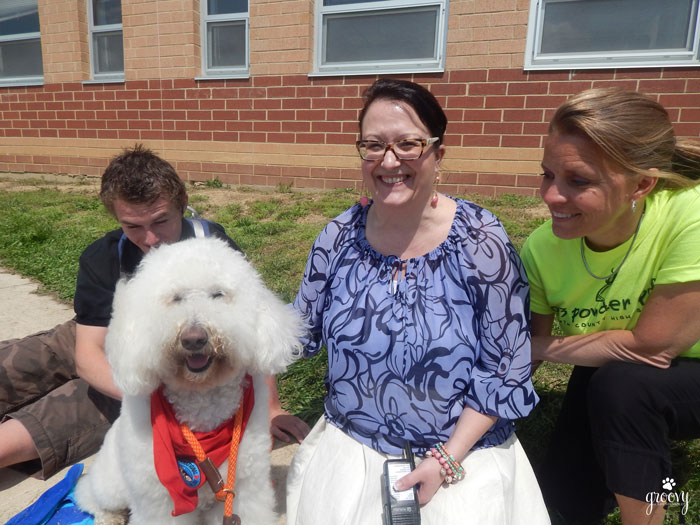 Abbey the other Therapy dog had her own fan club as well. This was her second time doing Therapy work and she was outstanding… 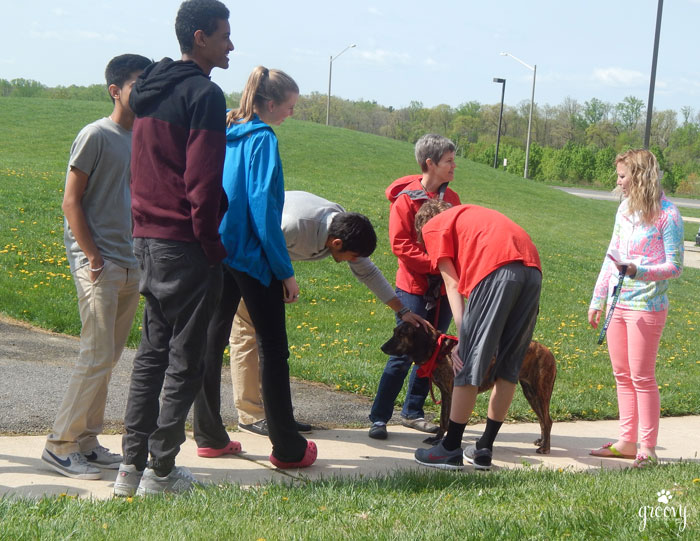 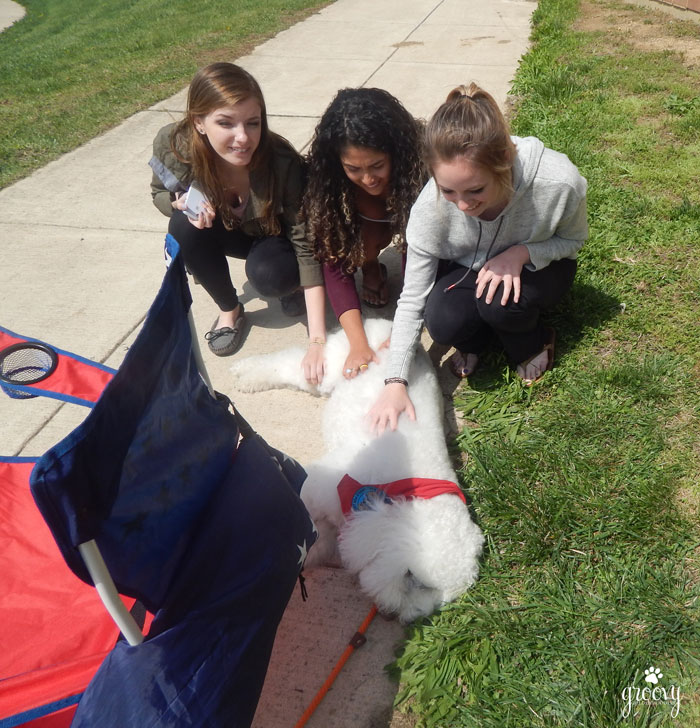 It will be a while before I forget all those smiling faces and happy voices that I saw coming out of that cafeteria door. They were genuinely happy to see us, excited to greet Harley and extremely polite as they included me in their conversations.

I couldn’t have imagined High School students and Therapy Dogs together like this, but I am oh so glad I was able to see it. One student said it all as she stroked Harley’s back:

He’s so soft, I can feel the stress leaving my body through my fingers… 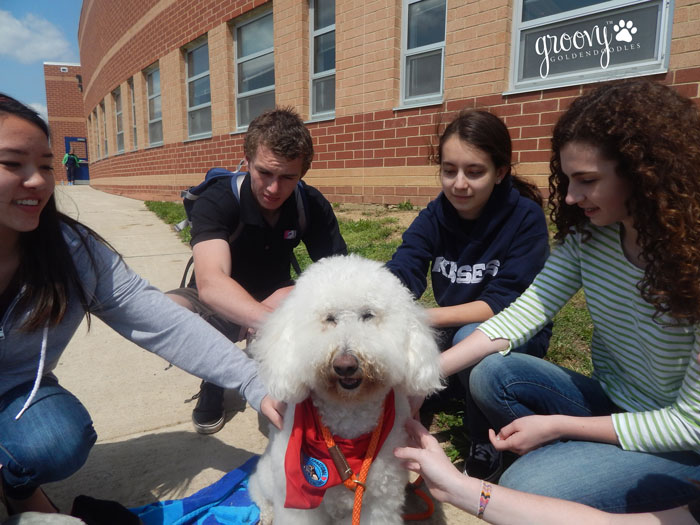 Best of luck to everyone (teachers too!) during your SOL’s