When he came out of the water I didn’t think much of it, but as his walk gained momentum and turned into a waddle I grew concerned. As he raced across the grass and onto the walkway, I thought “Oh Lord” we’re being chased by a duck!… 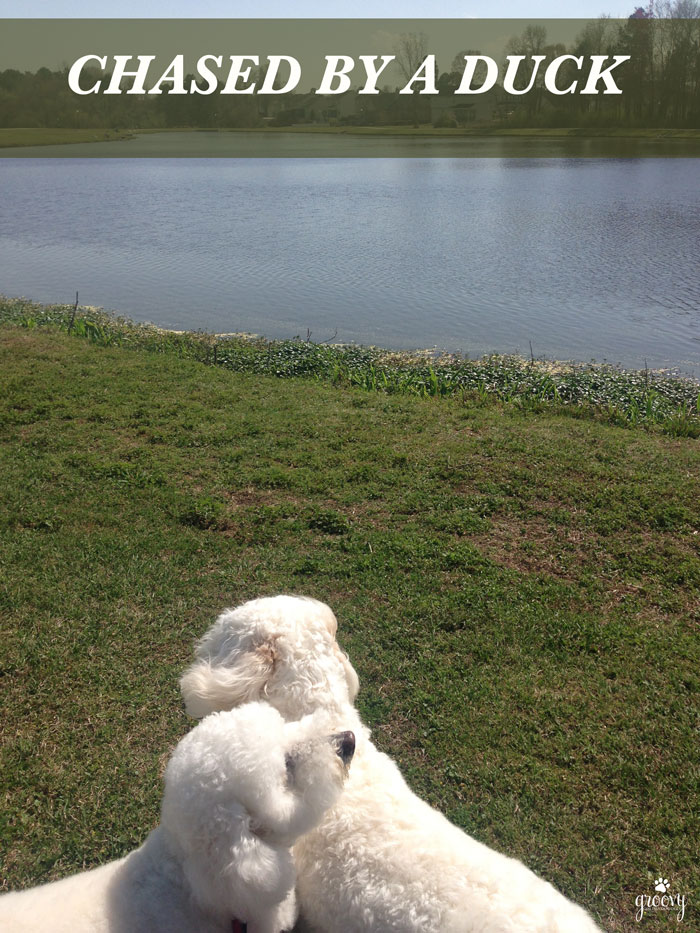 If you follow the Boys on FB you know about Jaxson’s new friend “Dwight the Duck.”

Most mornings Dwight can be found resting on the bank of the lake in our community waiting for Jaxson.

This has become a common occurrence at least two/three mornings a week.

Last week Dwight was not in his spot.

Disappointed Jaxson stood there – waiting – until I gripped the leash with two hands and dragged him away.

We haven’t seen Dwight since.

Monday I decided to take the Boys on a different trail for a longer walk – that also has a lake.… 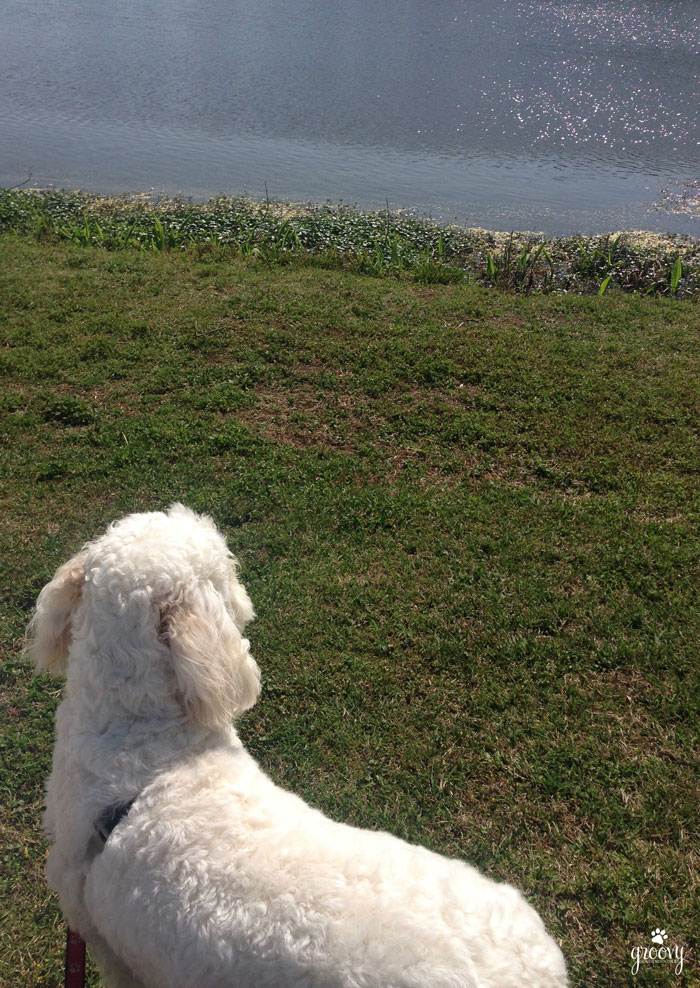 After about a mile Jax saw ducks… 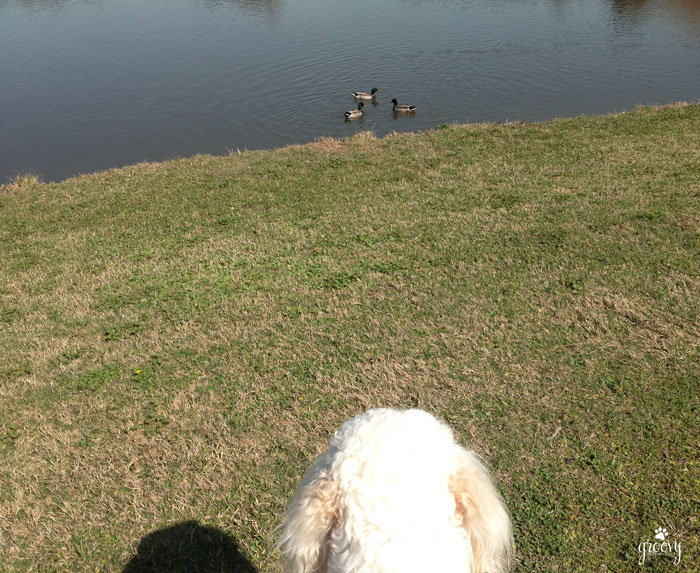 Straight and still like a statue he stood. As if waiting for one of the ducks to quack out

Dogs are intelligent and Doodles are super smart #saysDoodlemom but I doubt seriously if Jax understood this was an entirely different body of water.

But since dogs are loyal and Doodles are determined, we waited and watched.

As the duck family emerged from the water – Harley moved towards them. It was as if he was tired of waiting and decided to strut on over to ask if they knew Dwight! #bolddoodle… 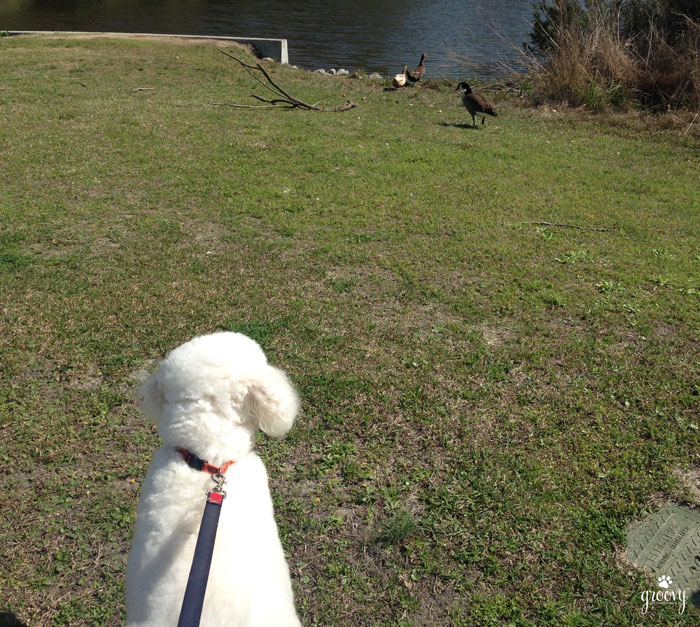 As I diverted my attention from the ducks for one split second I was unaware of what was happening behind me.

The duck was approaching.

At first Jax growled. Then he barked.

The duck was getting closer.

Harley zooms past me on my right.

The duck was close.

Tangled in my umbilical belt leash I twirl like a ballerina. Off balance, desperately trying to remain upright, I see this ginormous duck deliberately running towards us!

The duck was so close I watched in horror as it opened its mouth ready to fight.

I’m from the city. I don’t do ducks. They just weren’t walking around the busy streets of New York. #unfamiliar

But first I must free myself.

I started hopping in place with the two leashes that had me twisted up like a mummy, while my two white fluffy anchors pulled me every which way but loose.

I KNOW WHAT YOUR THINKING –

Was the area crowded?

After what seemed like forever, the victor – the duck, retreated back to his flock #braggingnodoubt

Leaving the park with any degree of dignity was just not possible, so I didn’t even try.

I laughed out loud allowing those on the nearby benches the freedom to chuckle and smile.

Safe in our car with the windows rolled all the way up, we had a quiet ride home.

With the trail and the lake a distant memory in our rear view mirror, Jaxson made his way up to the front.

He did his best to convey his thoughts for the moment… 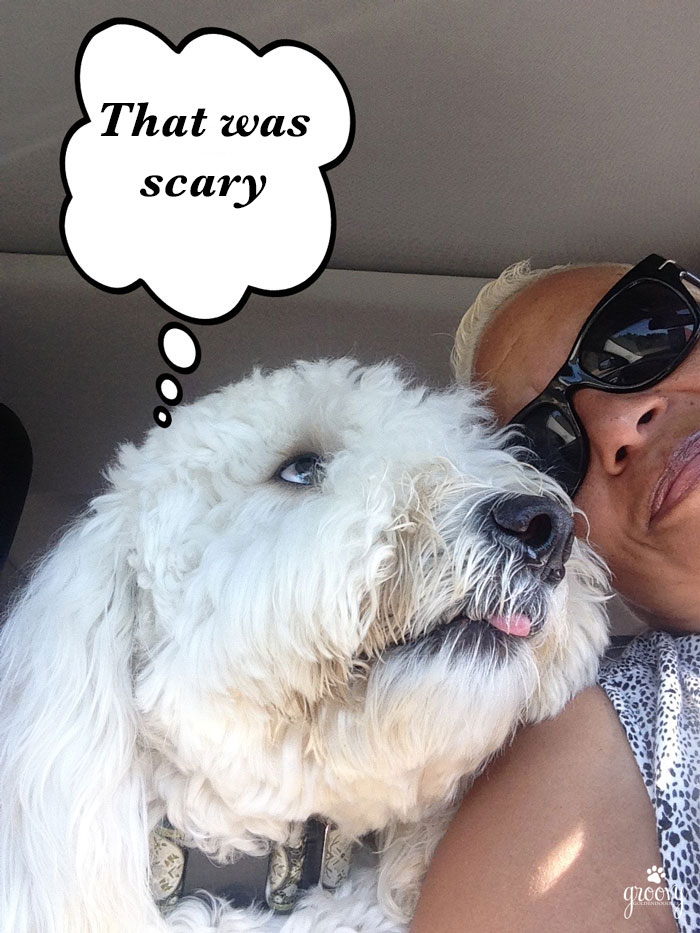 And that was all right by me… 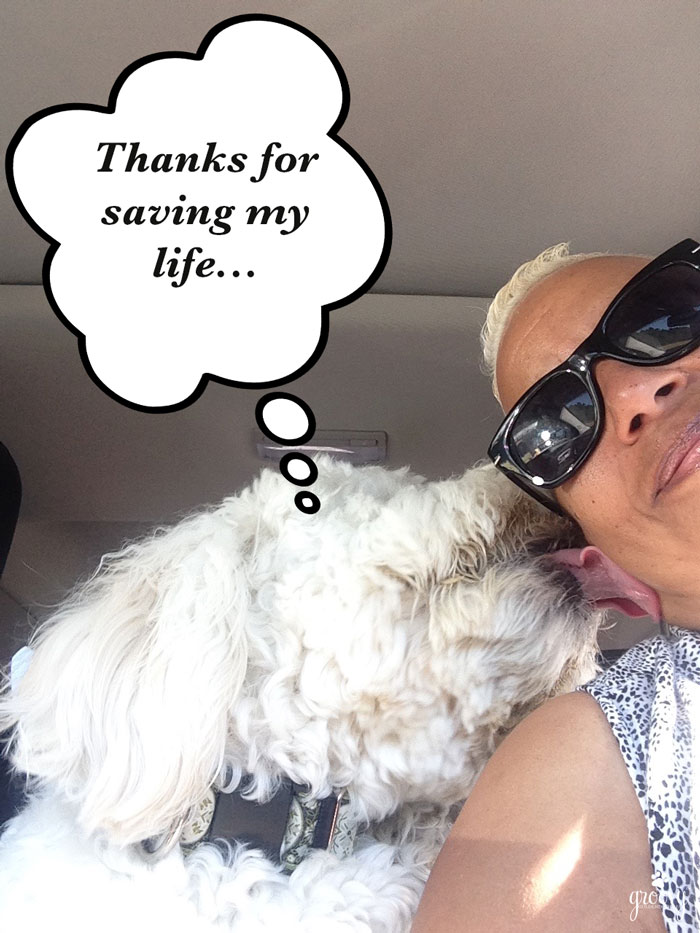 Not sure where Dwight is these days, not sure if we’ll ever see him again.

Voting in round 2 for the 2016 Best City for Pet Travelers contest begins on Thursday, March 17th. The Boys are representing #charlestonsc. They’ll be back on Thursday with a short post and photos sharing what makes #charlestonsc the pet friendliest city along with a link for you to cast your vote… 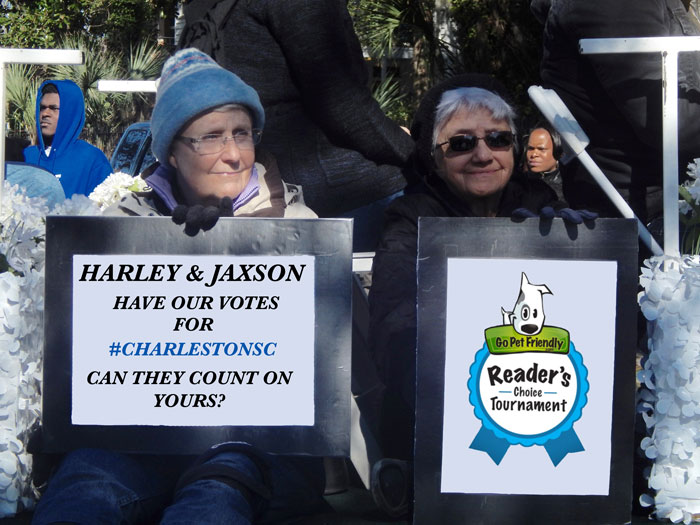