When Doodle Dad was in the military, I loved to attend those change of command ceremonies.

A rich military tradition representing a formal transfer of authority and responsibility for a until from one commanding officer to another.

I’m a sucker for pomp and circumstance. #loveit

Recently I’ve noticed a change of command taking place here at Fort Doodleville – minus the ceremony and the reception afterwards.

All of a sudden Jax wants to be “Mr. Big Stuff.” #alphadoodle

There’s never any aggression displayed, all his moves are subtle but the message he sends is loud and clear.

Him wants to be in charge. #slickdoodle

Over the weekend he started racing Harley to the top of the stairs. Then he lays there and waits – as if he’s “double Doodle daring” him to come up with the rest of us… 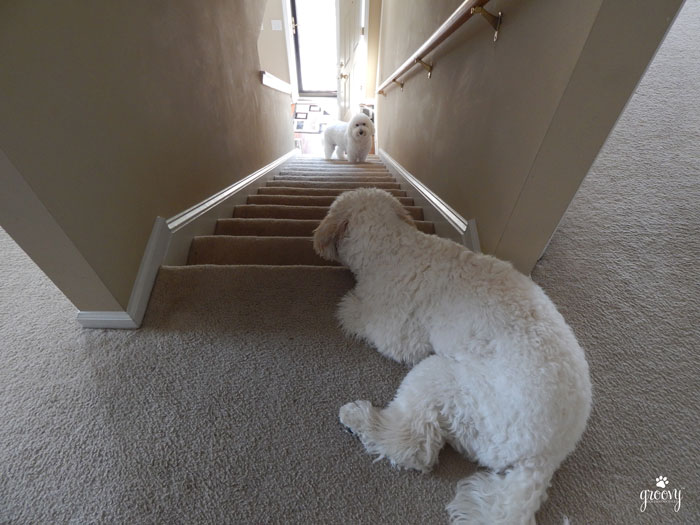 This other little maneuver has me truly baffled but I think in the pack world it must mean something. 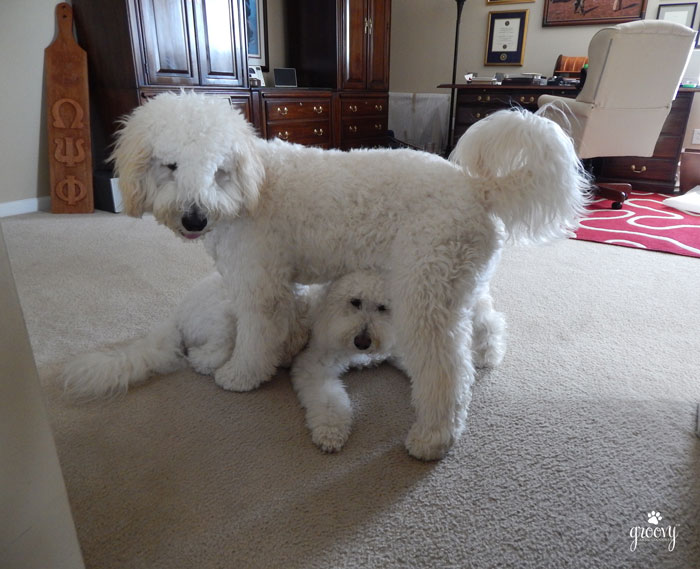 Much to my surprise – Harley allows it. #Imconfused

Couldn’t really find much online to help me understand these new behavioral antics. The majority of the articles dealt with aggression, fighting and conflicts. That’s not us.

Everything around here is mostly play, play and more play! #thankthedoodle

However, I can’t help but notice Harley quietly allowing Jaxson liberties he hadn’t had in the past.

I did read rankings can change sometimes when a young subordinate dog reaches social maturity (usually between ten months and two years).

But just to make sure you’ve got the “total” picture here – Harley hasn’t lost all control. Like Muhammad Ali, he will come out of retirement on occasion and set the record straight. #thechamp

I’ve always treated Harley as the Alpha. He’s the first to –

And I will continue to do so. #myfirst

Not quite sure what’s happening, but if you’re holding any pieces to this puzzle I’ll buy them from you 🙂 #pleaseshare

Thrilled to announce the winners of the Poop Bag Wristlets giveaway, compliments of A Pet With Paws… 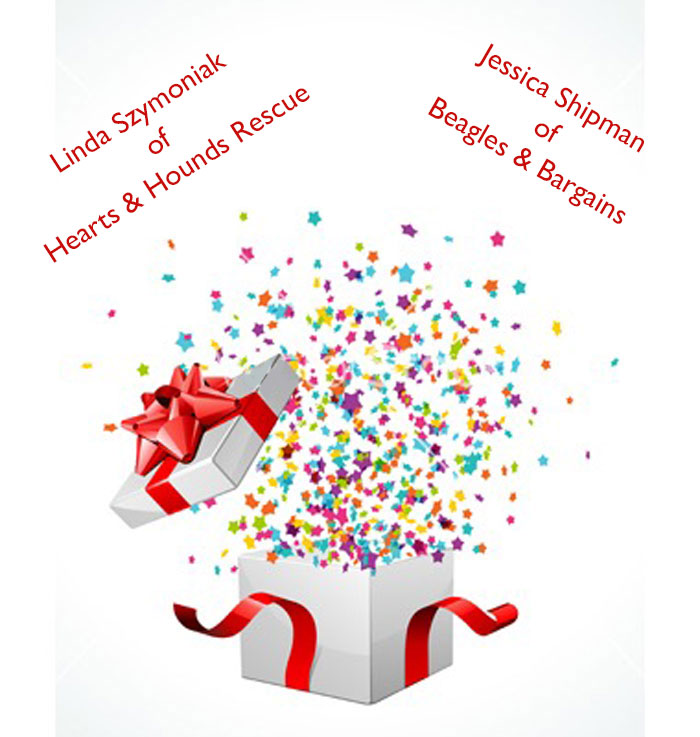 I don’t know about you, but Halloween in our new neighborhood was too pawcious for words.

The Boys did a fashion no-no this year.

I was too cheap and too lazy to get creative from scratch, so we did a repeat #theydontknowushere 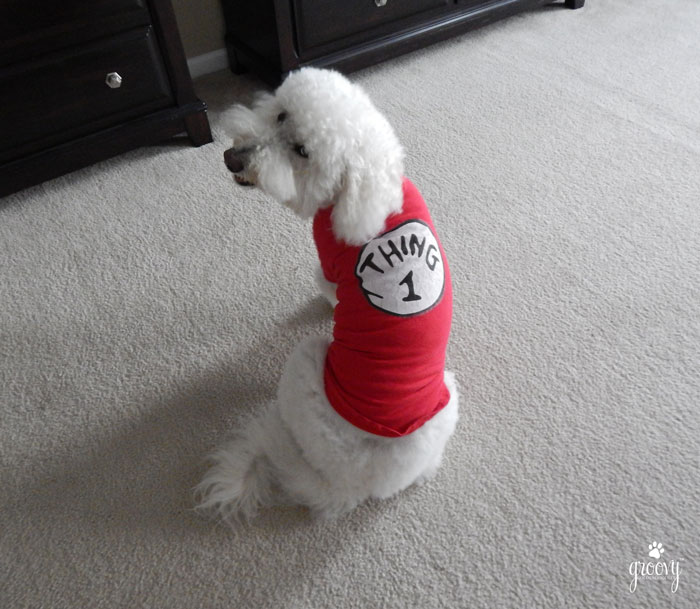 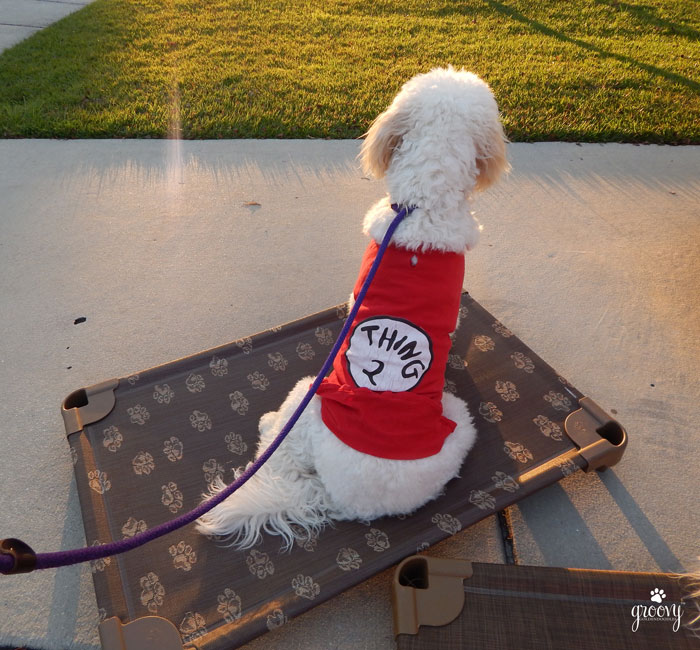 I loved the unwritten neighborhood rules. You simply sit outside in your driveway with your candy and watch all the fun go by… 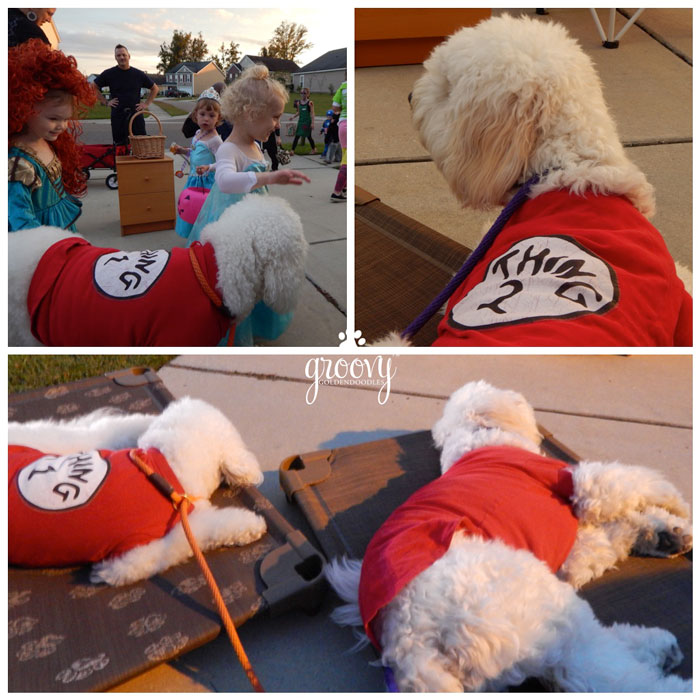 There were hundreds of trick or treaters #nolie

But my all time favorite were two sisters… 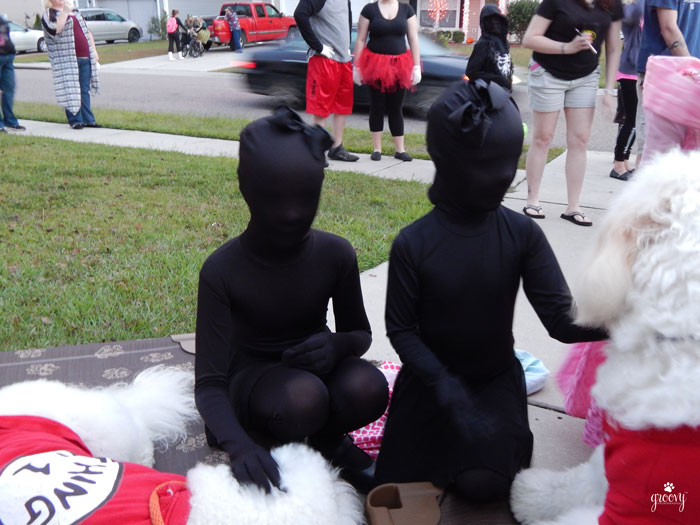 …who dressed as “shadows” #loveit

That was our weekend – how was yours?