What an odd question. “can dogs throw tantrums?” I’m compelled to say “yes”, cause that’s what it looks like at our house.

DD (doodle daughter) had a memorable tantrum when we lived in Fort Bragg, North Carolina.. 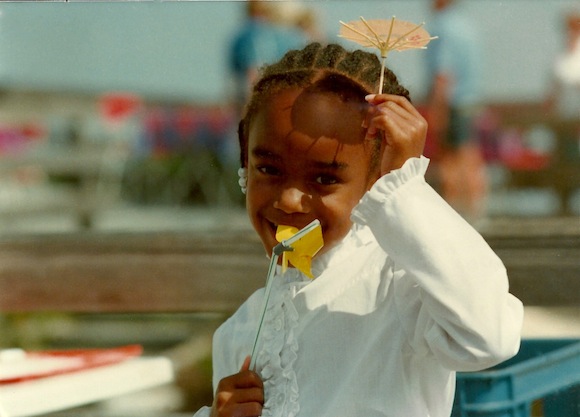 Doodle Daughter at such a precious age

I left her there, in the aisle of the Military Commissary like she was an orphan!

I believe she was under the assumption, the more she screamed and flailed her arms around like a propeller plane the greater her chance of getting whatever it was she wanted. She bet everything she had that I would rather “give in” than have her embarrass me in front of all those other military spouses. Didn’t work, I left her there on the floor. I kept it moving!

Harley and Leo, sometimes mirror Tiffany’s out breaks. They’re not aggressive, just loud and obnoxious. And, it’s only over certain things.

HARLEY: if I’m the only human going somewhere, he refuses to get in the back of the car. He will roll around on the grass, and run circles around the car until I open the door on the passengers side for him.

LEO: what else? “Wilson”

And just like Tiffany, when they start their antics – I leave them too!

Just for kicks, I decided to do a little research, find out if others out there had witnessed this same behavior. I was surprised to find one answer that said:

“Dogs are very intelligent, buuuut, not intelligent enough to reason.”

There were other comments from professionals that seemed to favor the fact:

“dogs just do not have the mindset.”

My first thought was: “I beg to differ, you haven’t met Harley & Leo.”

I did however, find dozens of “pet parents” who wrote about similar antics their four legged furrends demonstrated that sounded a lot like mine. Whew, I’m not alone, no matter what it is!

Whenever Leo gets wound up, it’s triggered over “Wilson.” I’d say 25% of the time it’s either because:

It’s as if he’s teasing Leo.

The other day, we were all outside. I noticed Harley wasn’t engaged or participating. He reminded me of a child who was bored to death and looking for something “wrong” to do. You know that  “look”… 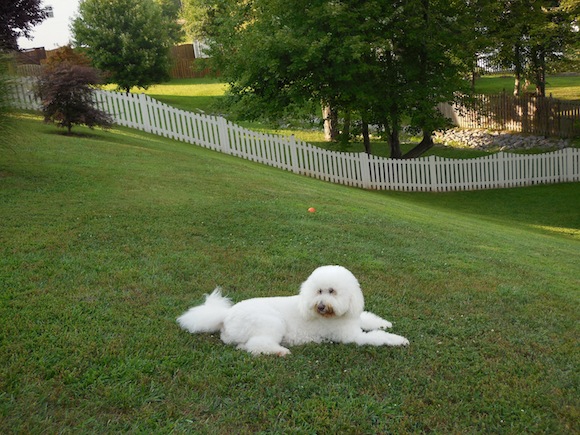 When I caught him watching Leo intently I should have known something was brewing.. 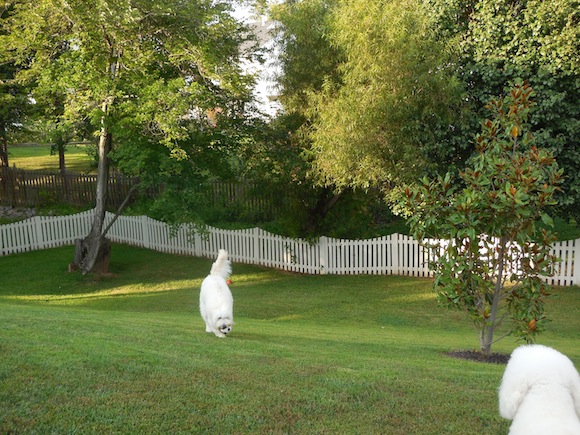 Somethings about to “go down!”

Then the innocent playful wrestling began. That’s how it always starts… 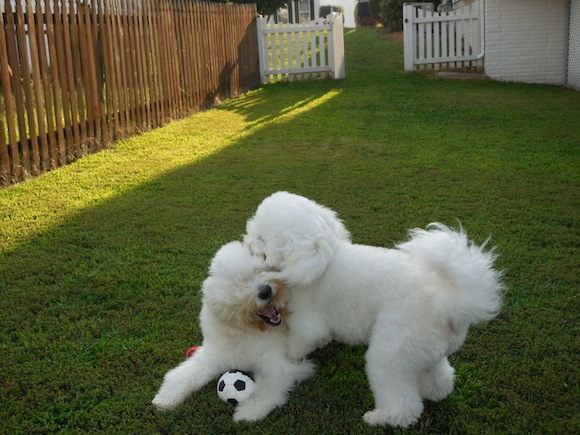 And once Leo’s down, he’ll try to jump on his back… 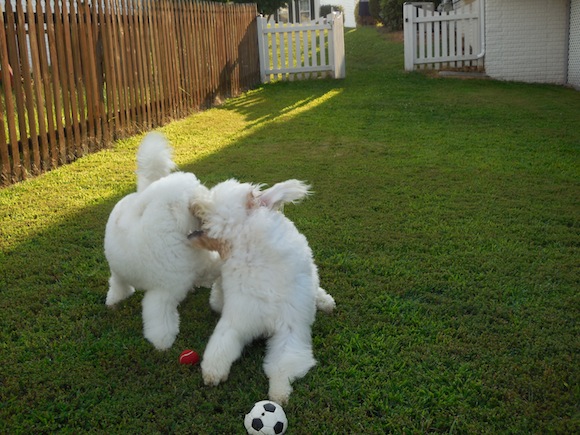 Like clockwork, by the time the wrestling was over, Harley will have finagled a way to confiscate “Wilson” OMD… 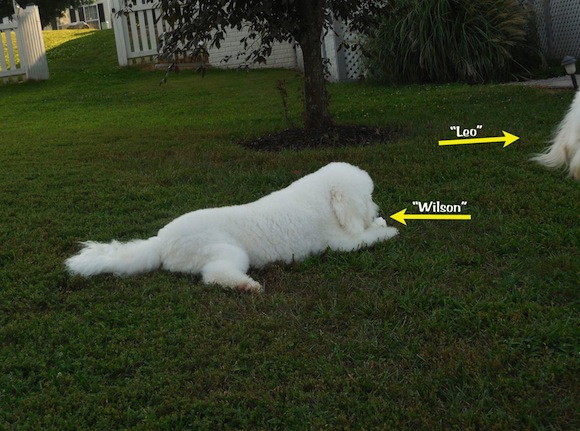 Leo pawformed to pawfection!  So much so, someone “appeared” and saved the day. Wasn’t me – I would have walked away!

WARNING: if your at work, turn the sound down on your computer so your boss won’t know you’re not working…

I imagine if DH had been in the Commissary with me years ago, Tiffany would  have gotten whatever it was she so desperately wanted. What do you think?

See why I have to keep several “Wilson’s” around? 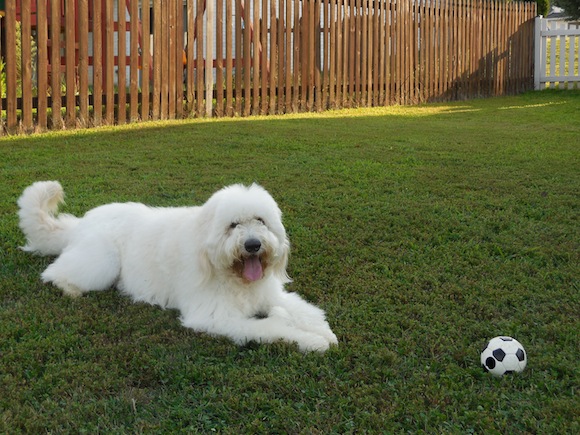 These two are inseparable.

Tell me, does your dog throw tantrums?