Allow me to explain –

I was forced to adjust from my normal routine. The residuals from Hurricane Joaquin made it difficult to walk two doodles together.

Entirely too much rain.

This was great for them, but not for me. #doubledoodleduty

Harley prefers not to go out during inclement weather. He jets out, handles his business and races back to the front porch… 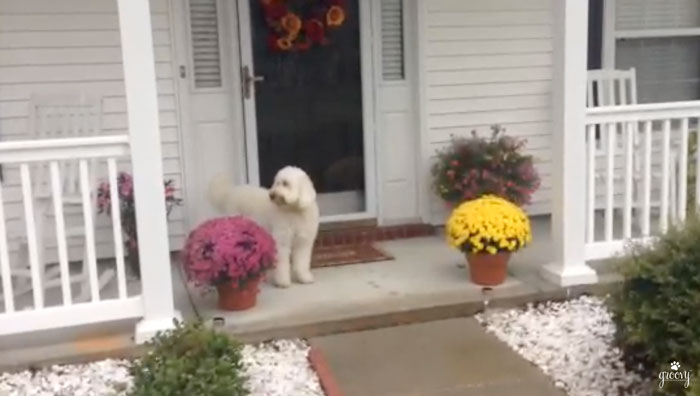 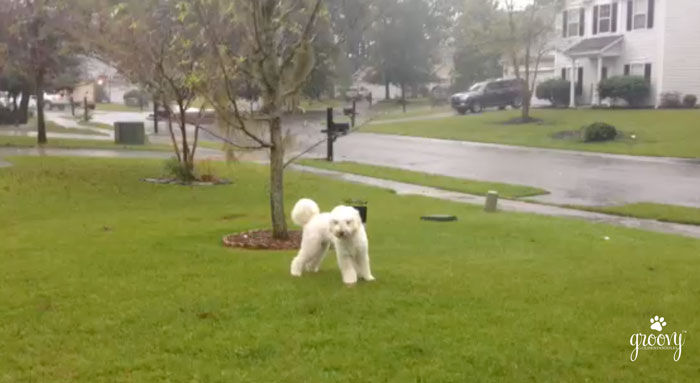 So there I was –  outside twice as much, getting twice as wet. #coldmedsplease

I chose not to get too worked up about being outside in this awful weather. It was something that had to be done – so I did it. #wonderwoman

Jax finds the water exhilarating. He stomps in all the puddles. On occasion he’ll even stop, drop and roll in the wet grass.

Zoomies (when your dog starts racing around like crazy), may occur at a moments notice with me still at the other end of the leash. #notaprettypicture

When this happens, I’ve learned to release the leash because if I don’t –  I’ll get dragged, lassoed, and/or tripped for sure! 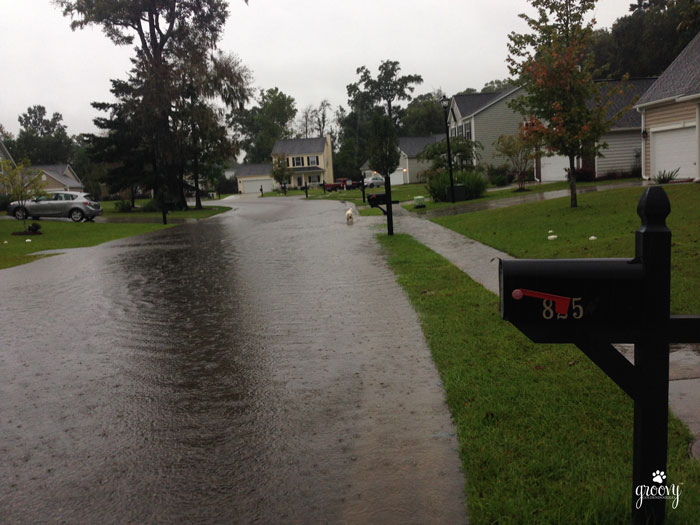 With my phone in my pocket #bloggersrule101 I decided to capture his Fred Astaire rendition from “Singing in the Rain.”

As he raced around, I had no idea until it was too late, that many of the residents were standing in their garages video taping this crazy lady outside in the rain video taping her crazier dog zoom through the streets.

When I saw them – about 6 garages deep – thoroughly entertained –

They waved back, and now I have a block full for friends in my sister-in-laws neighborhood.

Let me know if you run across Jax & I on YouTube! #hilarious

On a serious note –

We survived the storm and we’re forever grateful for the many text messages and inquiries about our safety. Many however, are battling water damage so please keep them in your prayers. 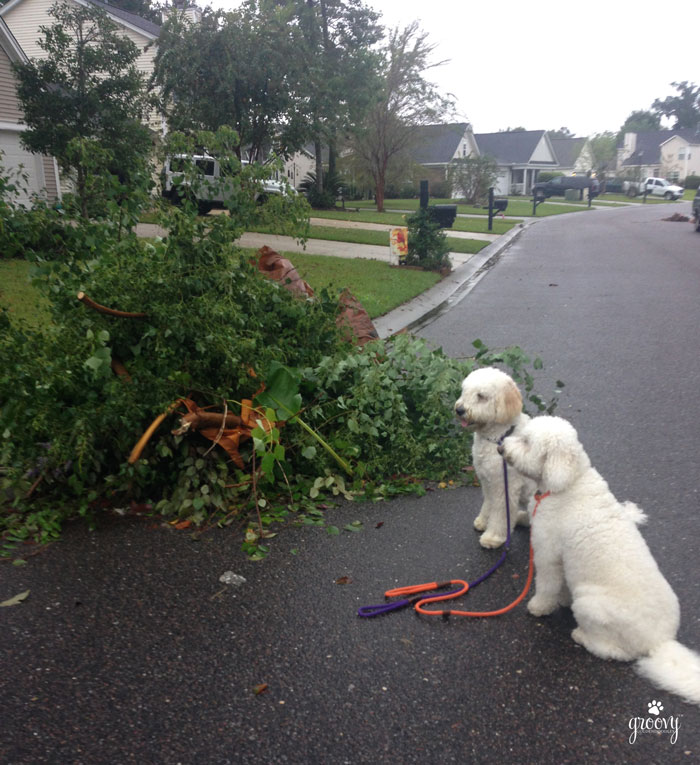 Earlier while messing around on the computer, I “googled” images of Charleston. I wanted to view some of the photos taken of the downtown area. Imagine my surprise to find my boys listed amongst the other photos. #collarusflattered… 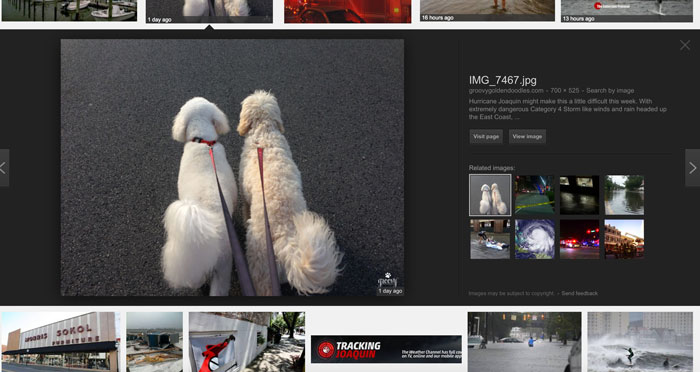 This was a first for me 🙂 #smilingallday

Hope you chuckled at our contribution to the Monday Mischief blog hop brought to you by Alfie’s Blog, Snoopy’s Dog Blog, My Brown Newfies. The Hop that wraps up the weekend.