I dedicate this blog to my daughter – no, she’s not the miracle (not this time!) – she’s merely the reason I’ve chosen this material to write about today!

When Harley arrived three years ago, my daughter was obsessed about us getting a “Micro-Chip” installed (as she would call it) to safe guard and protect him. To say Tiffany was persistent is an under statement. She was annoying and aggravating, at times exasperating, and almost drove me bananas. This was becoming a weekly discussion that I tried to avoid like the plague.  Thinking back, as a new dog owner, I just didn’t have a complete picture of the chips true importance. I knew (for instance), that it was something smaller than the size of a dime placed somewhere in the body of your pet and should he get lost, licensed vets, police, and animal shelters had a scanner of sorts to look for and read information to return them to their rightful owner, Well as I told Tiffany, “Harley knows how good he has it here so he’s not going far, and should someone take him – he’s so pampered they will surely return him!”

By the time Harley hit the ripe old age of six months and became a “stud muffin threat” to the female population at the pet resort, he would have to be neutered if he was to continue “playing” with his friends. I had absolutely no intentions of breeding, so I signed him up! Since he was going under the knife for a little alterations, plus the fact my two legged child had revved her engine up a notch with her nagging (yes, I said “nagging”), I inquired about the chip. I was pleasantly surprised to find out it could be done during his surgery for a reduced rate (under $40) versus ($50) as a walk in appointment AND the annual fee to keep the chip activated was inexpensive as well. So for Harley, his was done during his “procedure” and because Leo was already neutered when he came to us, his was done as a walk in. Oh, don’t let me forget to tell you the best part…all expenses were covered by the “concept” originator!

But on a serious note, please consider, if you haven’t already – do this for your pet. Age isn’t a factor and your vet can explain the procedure which is not painful and takes about as long as a vaccination. If someone you know is getting a pet as a holiday surprise, perhaps your gift could be the chip. But whether you have a pet or not, please click on the link below or cut and paste (this is the “Miracle”) and view this heart warming interview about a dog named “Petunia” who disappeared one morning, from a family farm in VA, and a few days ago – 8 YEARS LATER  – she was found in CA and reunited back with her original family…. How? She was wearing a chip!… 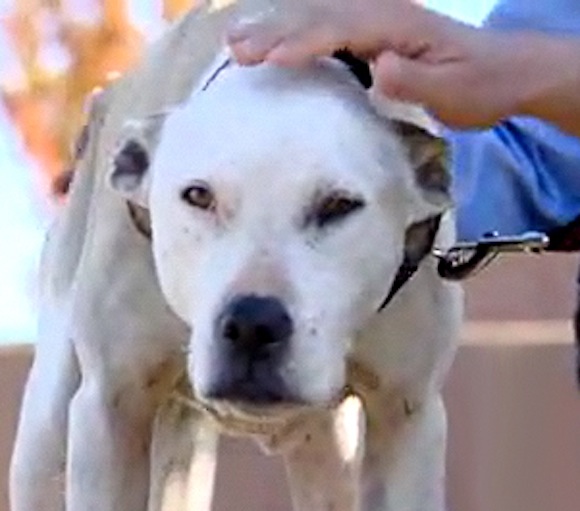