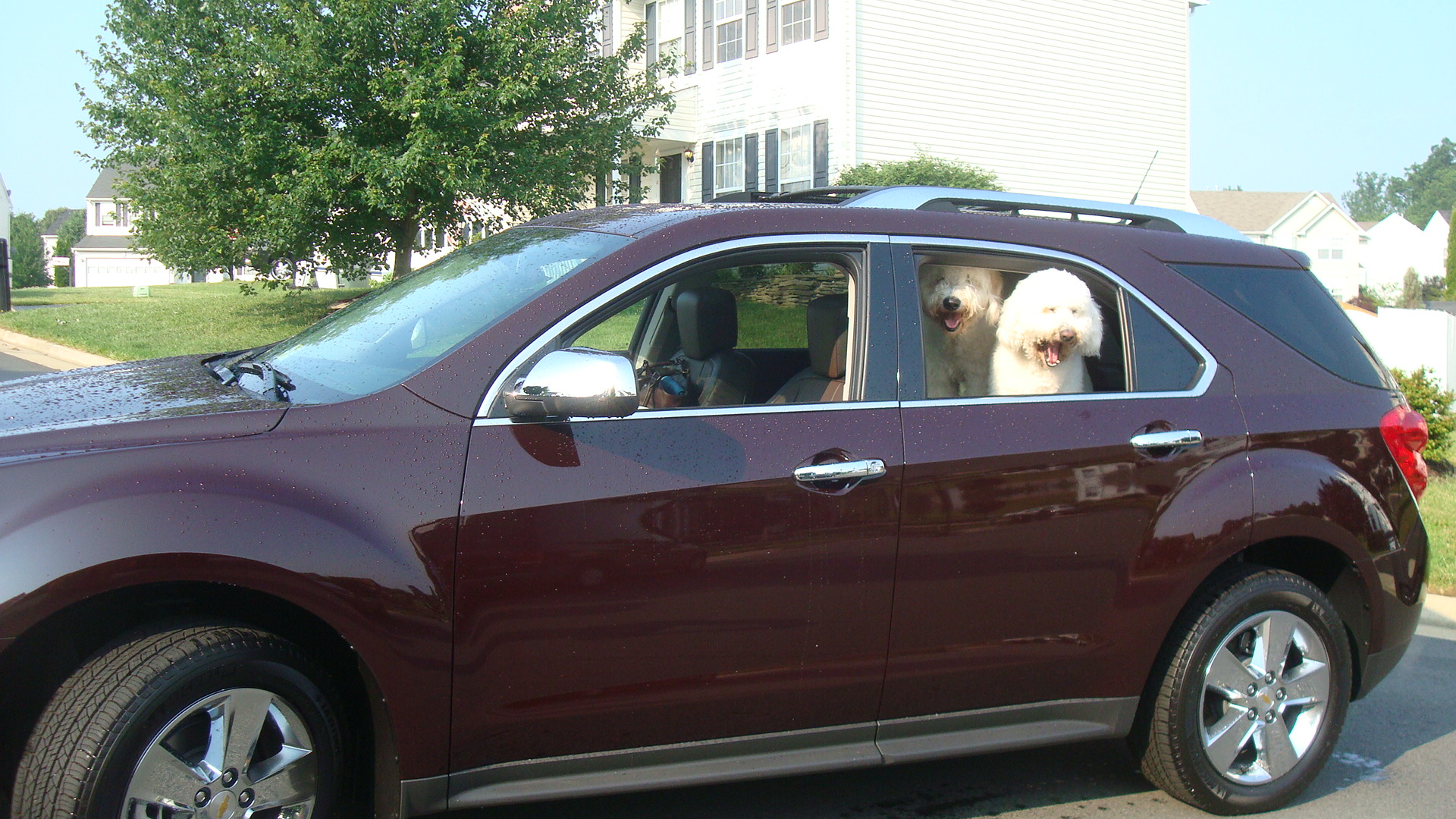 We’ve just bought a Chevy Equinox. Believe it or not, there just wasn’t enough room inside the Hummer once Leo came along. When Leo exceeded 70 lbs, Harley would ride shot-gun so Leo could have the entire back seat. Well that worked great for a while, but if I had a two legged passenger, both boys were then relegated to the back, and let me tell you it was a show.

Somewhat like two kids with the “will you stop touching me” syndrome. Finally when they got situated and stopped moving about, I would crack up laughing when I could steal a look back there. Leo – my lion, stretched out like he truly was King of the Hummer, had Harley literally smashed up on the door, head pinned against the window looking pitiful and uncomfortable. Sometimes I thought I could almost hear him whining “are we almost there?”  The inevitable had arrived – it was time for a car search – that and the lease on the gas guzzler was done.

It didn’t take long, I settled on an Equinox LTZ, which is extremely similar to the SRX (trust me) without the Cadillac emblem on the front. Okay, okay, so the Cadillac leather is a little softer (smile), but overall, the difference in price far exceeded the difference in amenities (at least for me). Poor Chevy car dealer, as I kept talking about needing a larger car for my “boys”, it never dawned on me, that he thought I really had two boys!

I, of course, was very concerned about trunk space and when I mentioned that this particular vehicle would be perfect for the two of them, he looked horrified!  He asked me their ages and proudly I told him 2.5 and 13 months,  he tried to show me some seatbelt adjusters for little people, and again I told him my boys wouldn’t be riding in the back seat and I continued to peruse the trunk space. Now he looked frightened! Thank goodness I caught on, and we both started laughing as I explained the boys were dogs. Man, did he look relieved. With the back seat down, they can ride like royalty. Plenty of room, loads of space. But what do they do? Sit together snuggled up in one corner on top of one another – go figure!

But for what it’s worth – as the driver, I am enjoying the new set of wheels, thanks Lee.