Do you travel with dogs? Then this is the place – cause Charleston’s loaded with dog friendly space. From beaches to restaurants, stores or hotels – abundance of shops with Doodle*licious canine smells.  Like the outdoors? She’s packed full with parks. And there’s plenty of room for romps filled with barks. Historical landmarks are found all around – and the best part of all is she welcomes your hound. There’s so much to see, there’s so much she’s got – so every few months we’ll feature –

Literally a block away from where I live, sits Harold’s Cabin – a true hidden groovy treasure… 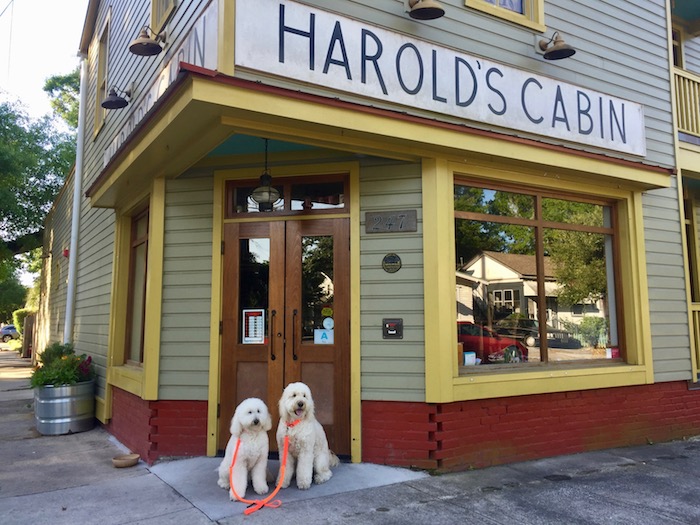 Harold Jacob and his wife Lillian opened this store in the 1920’s – years before many of us were born. It holds precious memories for me, and my Charleston family.

I started traveling to Charleston in the early 70’s. A college student with a huge afro who survived off of Newport Menthols, Sprite and Crunchy Cheetos #dontjudgeme

On occasion I would often stroll down to Harold’s Cabin for one, two or three of these items. 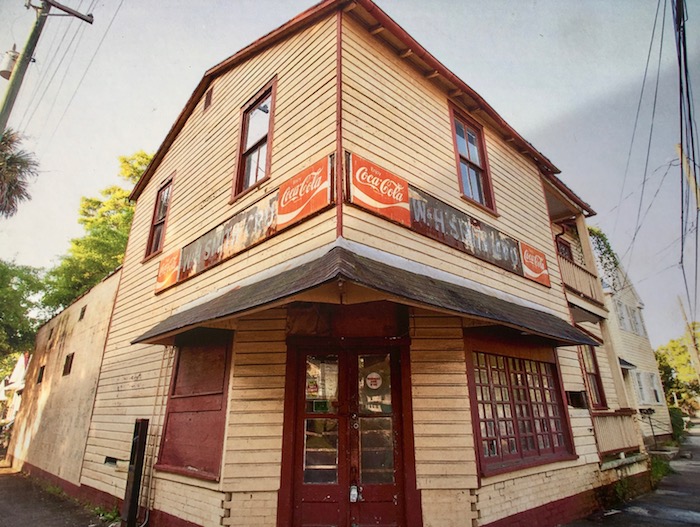 When my children were old enough to chew gum and eat junk food, they harassed me until I walked them down to what we all called the “corner store” where they could spend their hard earned quarters just like their father did when he was their age – decades earlier.

It’s 2017 and I’d been living in my house for probably 60 days. On a whim – I decided to walk down and check the place out for myself. Quaint, rustic, warm and friendly. These are the words I would use to describe my first experience.

There is always something going on (and yes I take advantage of “20% off neighborhood night!”)… 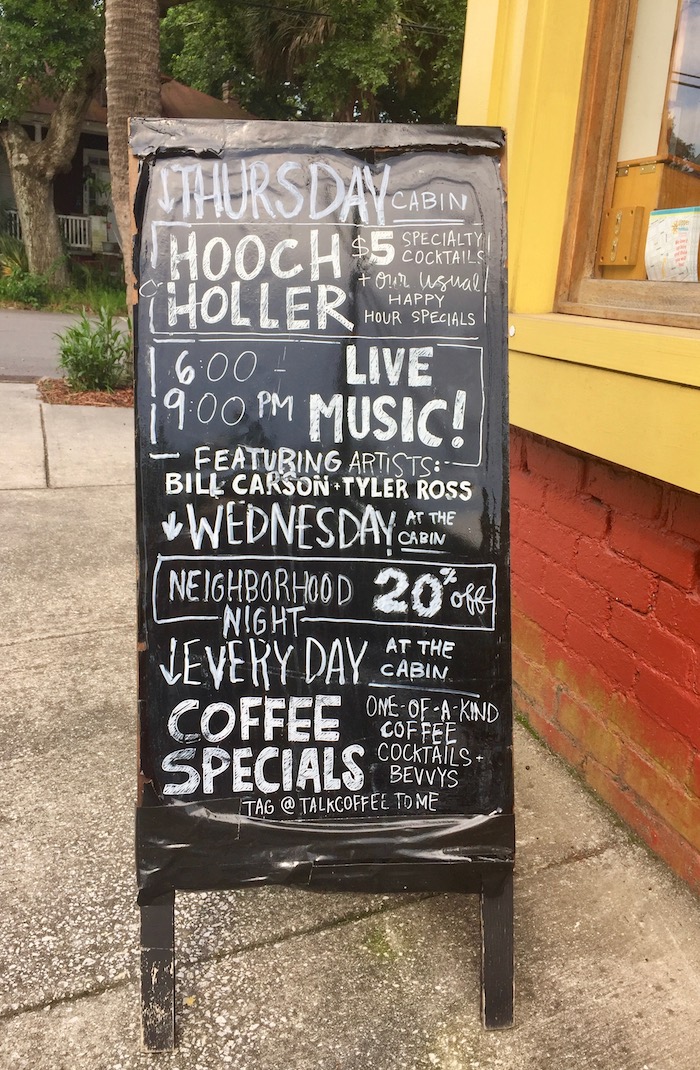 After John Schumacher (co-owner with Bill Murray) and I met, he made it a habit to come out and greet me when I walked the Boys in the mornings. He told me he was getting his rooftop garden together and wanted me to bring the Boys up there because it was pet friendly… 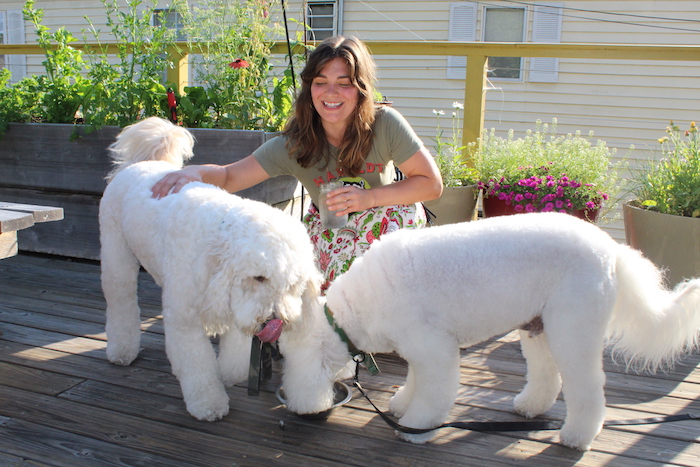 The Chef has a vegetable driven menu which features the daily harvest from their rooftop garden. The vegetables and herbs are lovingly cared for by their own resident farmer!… 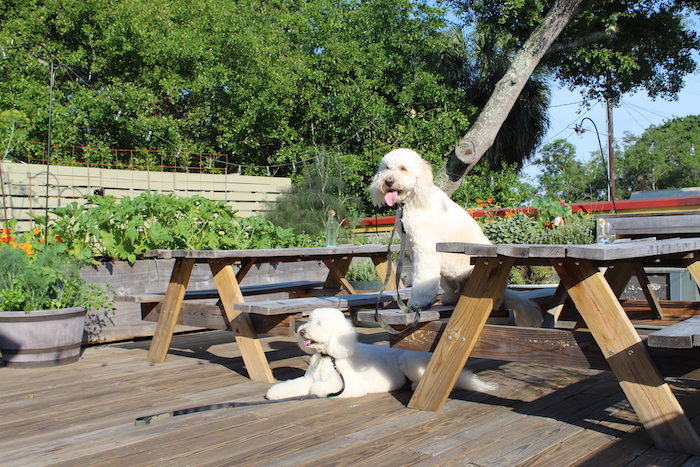 a reimagined corner store, cafe and restaurant concept, housed in the same building on the corner of President and Congress Streets as the original Harold’s Cabin which served the residents of Charleston’s Westside neighborhood from the 1920’s -1950’s. Source: Harold’s Cabin

Re-opened in early 2016 the dining room seating for 65, lively bar and the grab and go market make for a wonderful addition to my neighborhood.

I have traded in my cigarettes for my MAC Book and my sprite for their house Pinot Noir. No more Cheetos, just an order of their delicious smashed fries ( poached fingerling potatoes, mixed herbs, tarragon aioli) and my Boys – hanging out on the rooftop… 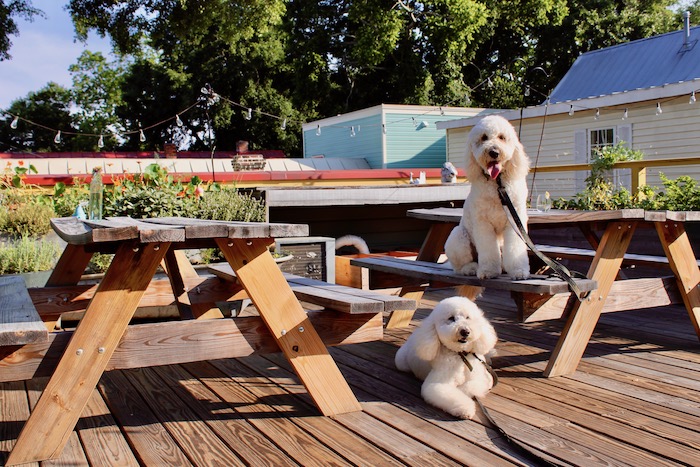 If Charleston’s on your “bucket list” to visit – take the time to check out Harold’s Cabin. Bring your dog, head upstairs and tell the staff – the Boys sent you!

It’s a great place to eat, drink, make friends and bring your pups!

May your coffee be strong and your Monday be short ❤

Join Harley & Jaxson as they tour their new home and uncover "Groovy Hidden Treasures" for pets and their humans... 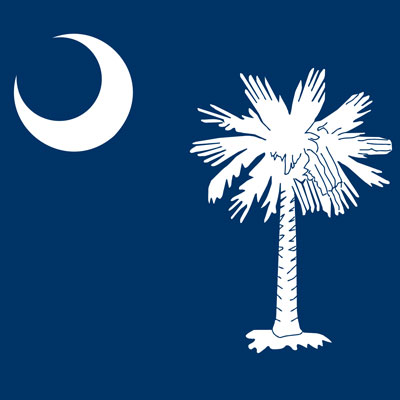 Charleston, the South Carolina city founded in 1670, is defined by its cobblestone streets, horse-drawn carriages and pastel pre-Civil-War-era houses, particularly in the bustling French Quarter and Battery areas.