It seems as if some of my Saturday morning rituals have not changed since I was a little girl.  One habit in particular is changing bed linen… 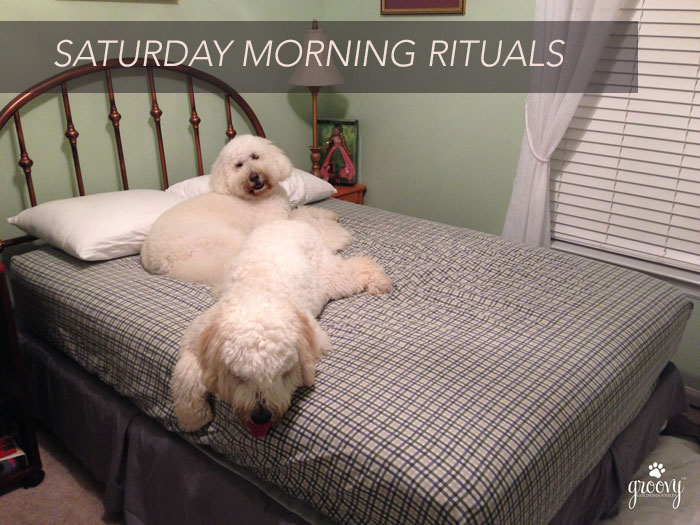 It’s that chore should you fail to “abide” by – it haunts you the rest of the weekend. #horror

Since I’ve been doing this for several decades, it usually takes a few minutes #beforecoffee and BAM I’m done.

Not the case with this dastardly doodle duo… 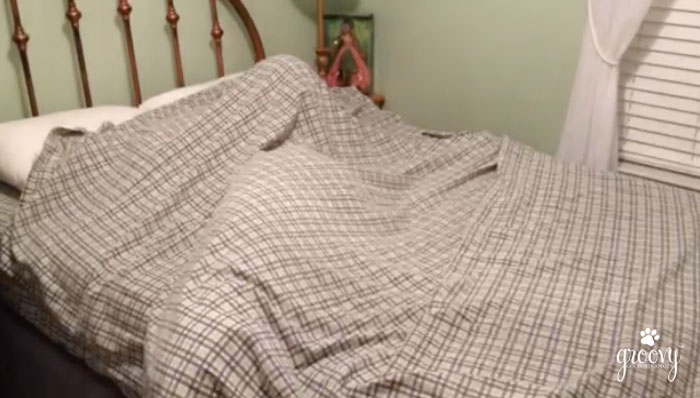 It started when they saw the clean sheets. They both jumped up on the bed and rolled around like they’d lost their ever loving doodle minds. 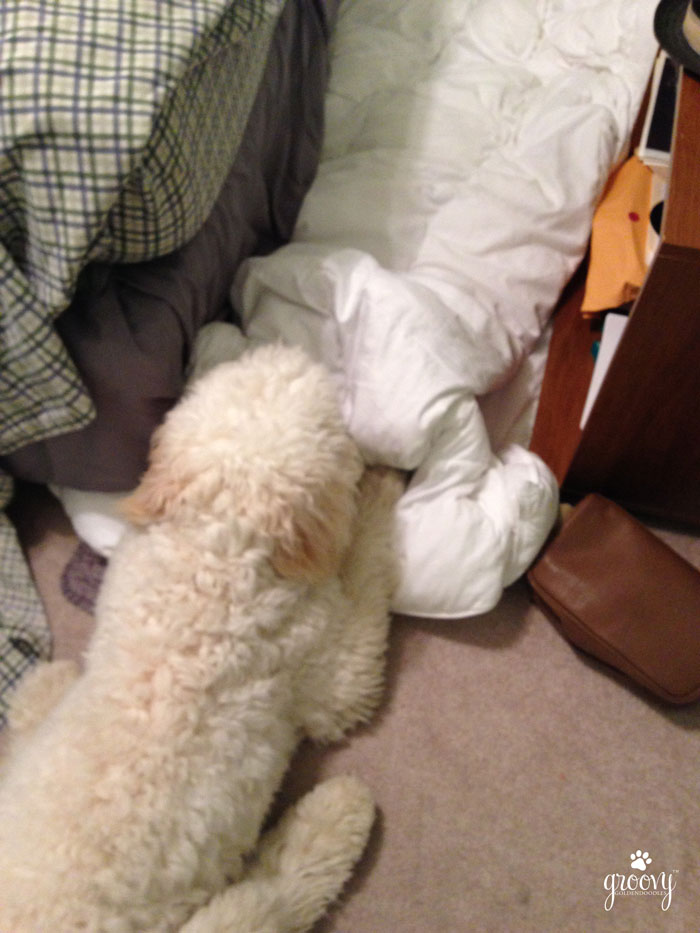 I shooed them away yet they kept coming back!

Watch this 10 second video – see for yourself how –

As this circus continued for a few more minutes, I leaned against the wall analyzing why it was so important for me to change the sheets on this specific morning.

Maybe, the Boys were trying to tell me something –

Slightly convinced there was nothing wrong with changing things up a bit I grabbed the ruffled sheets along with that crumpled up comforter and placed it back on the bed.

With Harley still manning his position, I walked out of the room leaving the bed in its “as is” condition.

No pillow shams, no crisp clean (fabric softener smelling) sheets and no decorative pillows. I left my bed with Harley on it, and I never looked back… 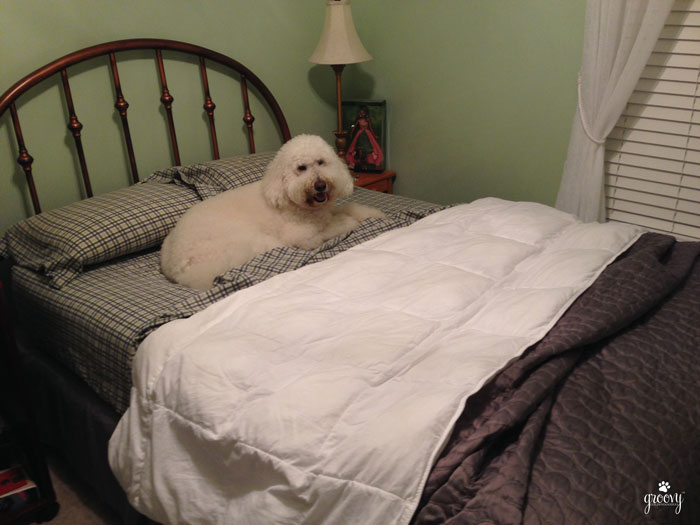 Knowing my limitations – I purposely refrained from going back upstairs all day. I knew if I did, I would certainly try to change those sheets.

That was a bad decision. Because of them, I’m psychologically ruined for life. I had the worst sleep ever. #nolie

But I’m ready the next time they decide to overthrow my Saturday morning rituals. #devildoodles

I can play dirty too! Trust me. #byanymeansnecessary 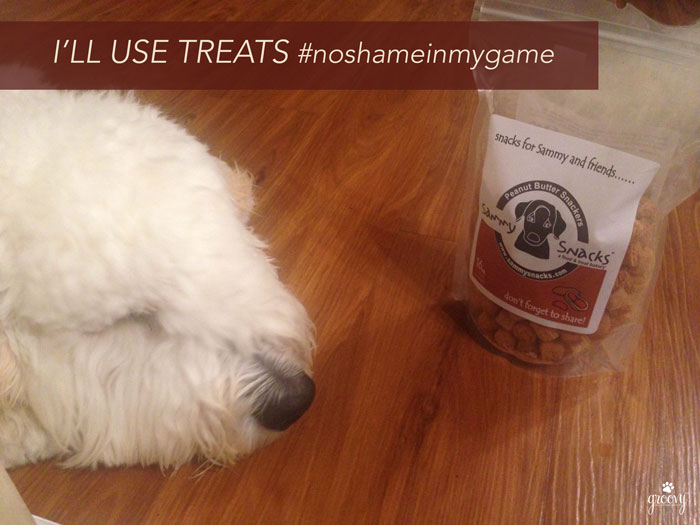 I’m joining the Monday Mischief blog hop brought to you by My Brown Newfies. The Hop that wraps up the weekend.