On Saturday, dogs ruled Splash Island Waterpark in Mount Pleasant, SC. and Jaxson was all up in the mix… 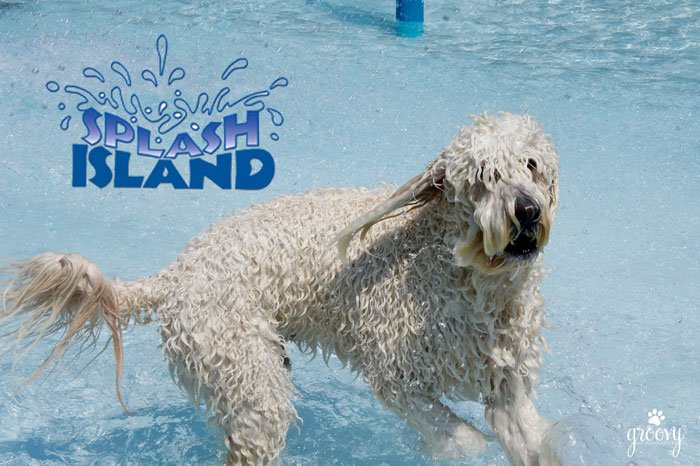 Community pools were “pulling the plug” for the year this weekend.

Charleston County Parks opened the gates allowing dogs to swim before draining the pools. I tried to purchase tickets last year (a month in advance), but they were #allsoldout

I found that hard to believe because they had a 300 dog capacity limit! 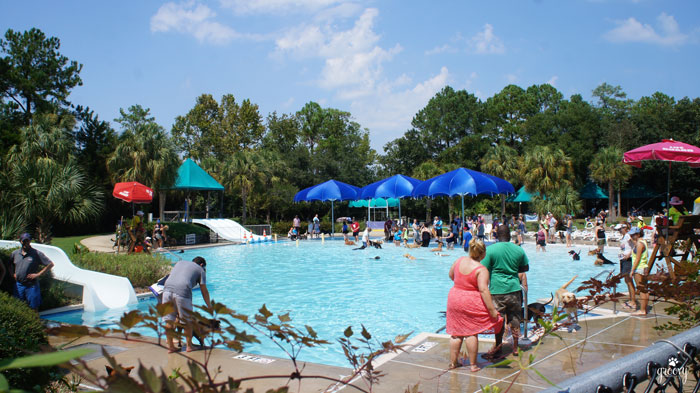 Imagine all those pups – enjoying a –

And a giant tortoise to fall in love with… 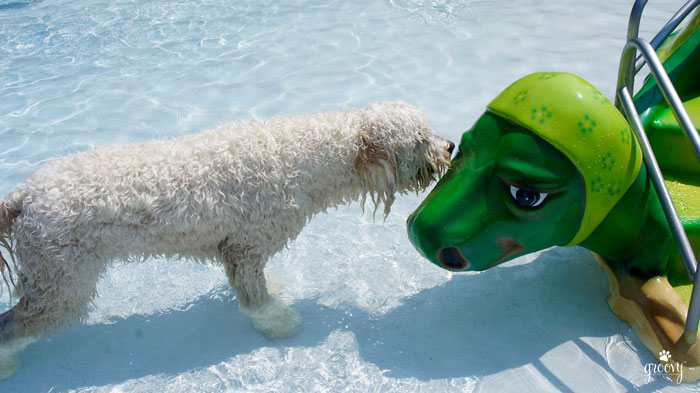 Of course ALL 300 dogs weren’t there at one time. The puppy pool pawty hours were from 12-5pm, plenty of time for folks to come in shifts… 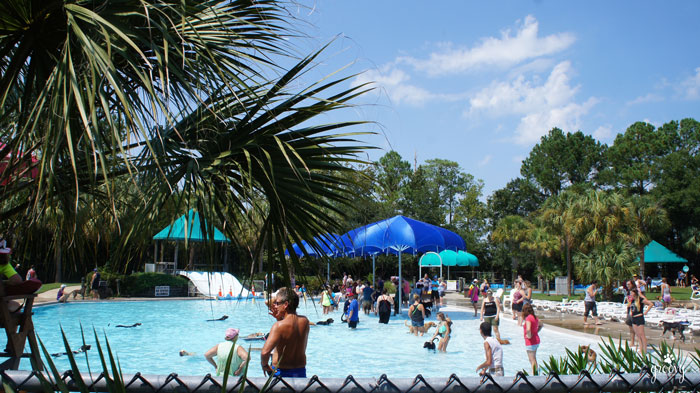 I opted to make this a #dolphindoodledate

Jaxson is my aqua buddy. The two of us love the water. So it made sense for he and I to spend a few hours at Splash Island Waterpark… 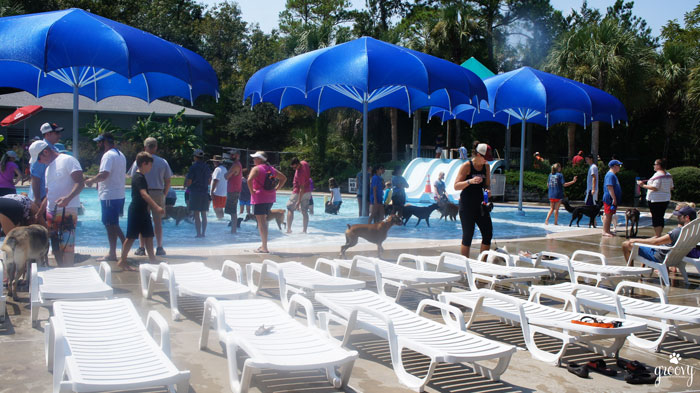 I was a bit skeptical when we first arrived. As soon as we stepped inside the park he seemed lost without Harley #halfadoodle… 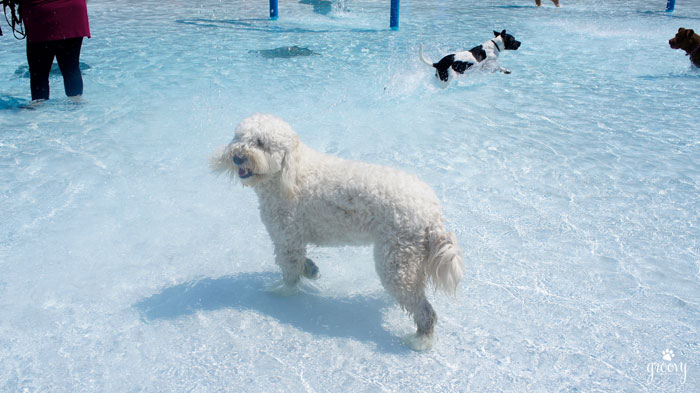 I let him take his time, I didn’t rush or force him.

We stood together in the shallow water like the #newkidsontheblock

I watched him intently. He wasn’t “afraid” just seemed lost (a bit).

Slowly I saw that twinkle in his eyes return, and he started his “dolphin games” in the water… 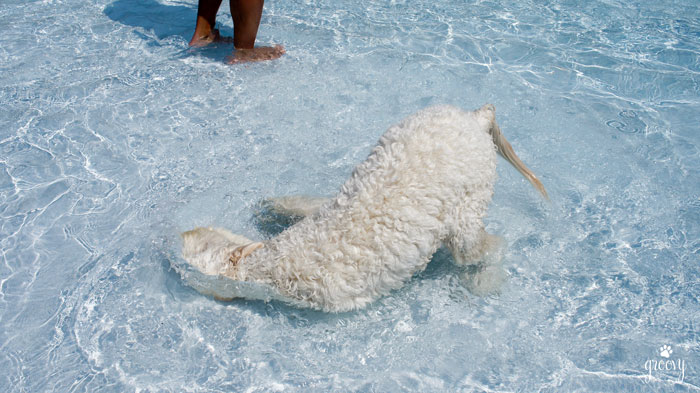 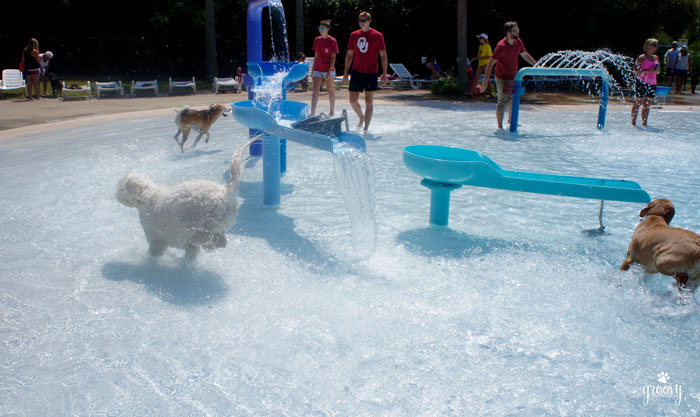 I did remember to bring a ball, which afforded him endless diving opportunities… 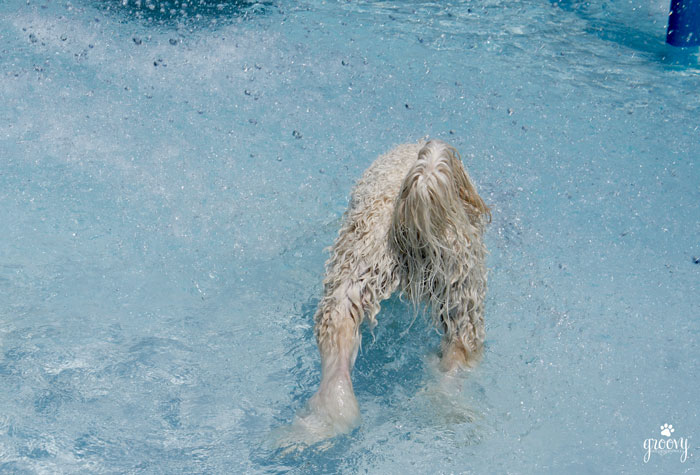 Imagine my proud Doodle Mom moment when he “took” himself over to the big pool and swam a few laps! #Iwantapool 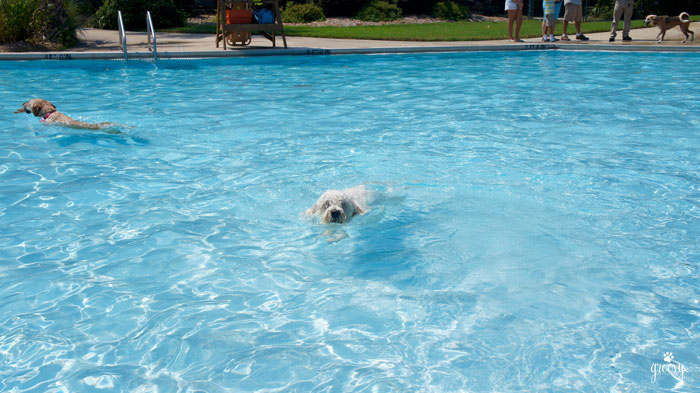 I’ll admit – initially my biggest concern centered around all those dogs “off leash” in one area. But there was no need to worry.

We were there for a little over two hours, and every dog must have been an obedience school honor roll student.

No growling, no fighting- just a pool filled with pawfect pups!… 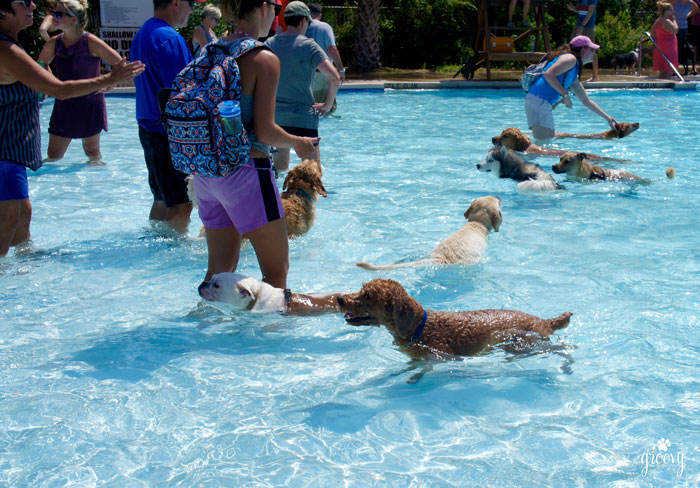 Jaxson even made a few friends… 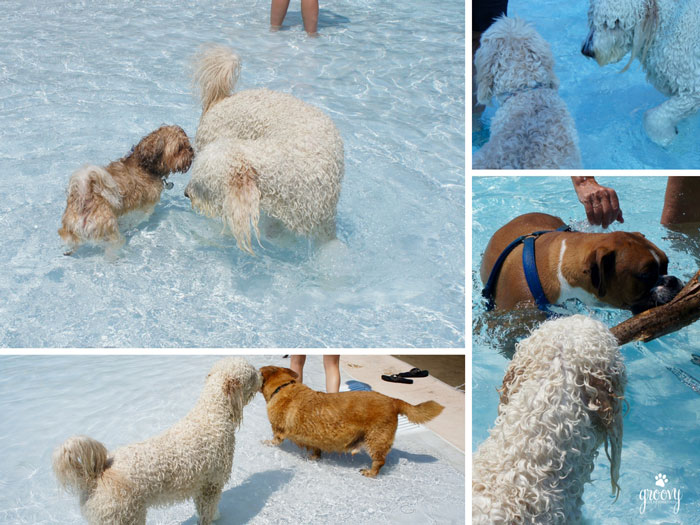 It was a quiet ride back.

Windows were down, Marvin Gaye and I were singing “Let’s Get It On” while the warm summer breeze, my duet, and the motion of the car rocked Jax to sleep… 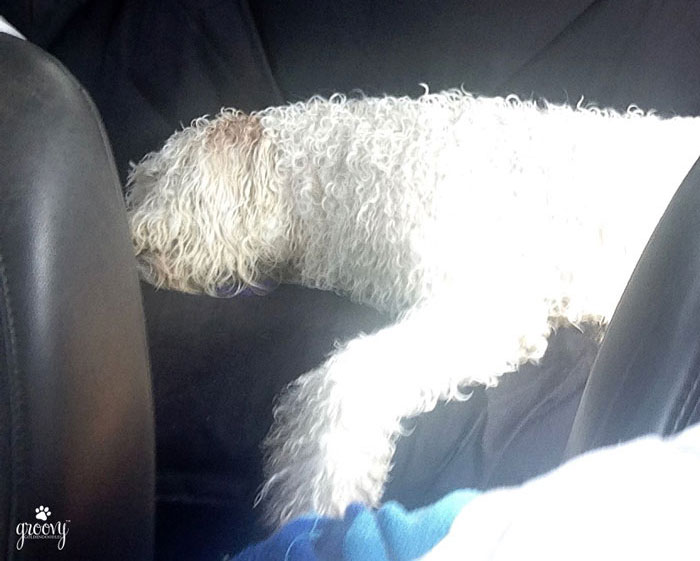 I congratulate (and thank) the organizers for putting this event together. If you’re like me #superpetprotective, then you know these are not easy activities for “us” to attend.

I definitely plan to go back next year!

It was so much fun!

Lifeguards, and a fully staffed vet clinic on site for any/all emergency issues was a really nice touch! #impressive

HOW WAS HARLEY WHILE WE WERE GONE? – 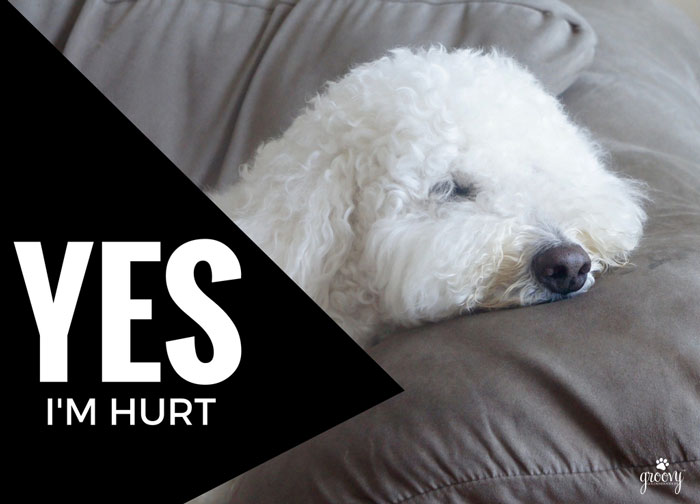 …because he was prompted!

Which led me to examine just how closely connected dogs and human emotions are with one another.

Do come back on Wednesday for #therestofthestory

How was your weekend?