We’re having so much fun meeting our new neighbors, although it’s the Boys who attract all the attention.

I’m just there to hold the leashes and answer questions.

Two I’m guaranteed to hear are:

I always start with the parental unit, because the combination of the two distinct breeds are generally fascinating to many people.

When Jax was a puppy, his entire body was pretty much the same color – which I affectionately called dark apricot “fuzz”… 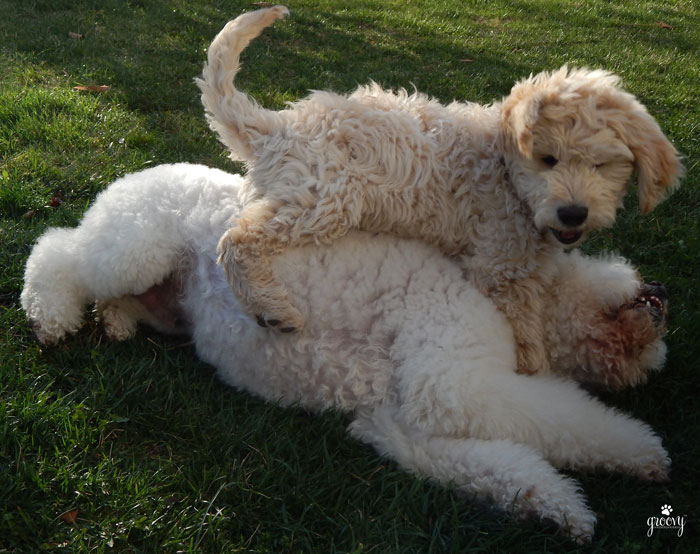 As he grew, he began to lighten up a bit, and his wavy look started to appear… 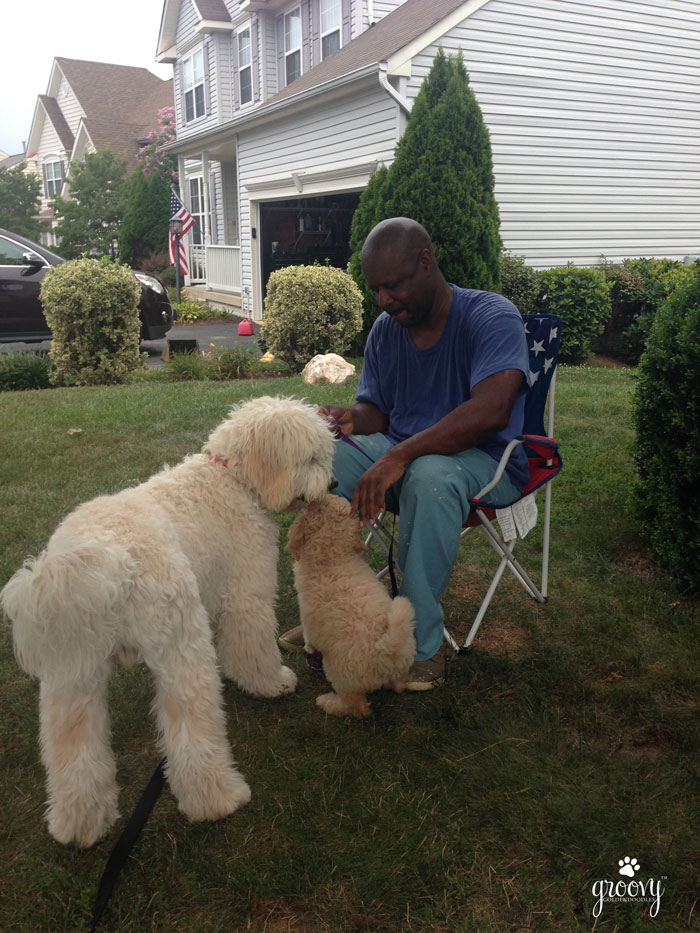 Yet the color of his ears remained the same – dark apricot… 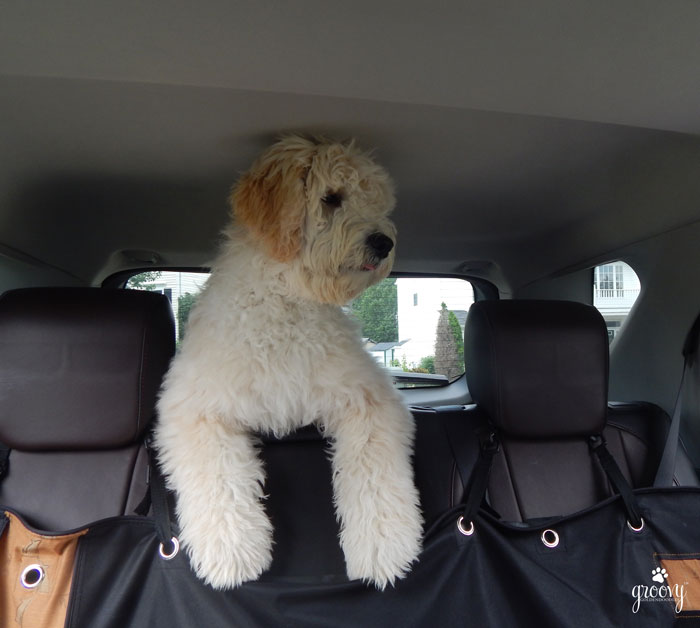 In addition to the VARIOUS COAT TYPES OF THE GOLDENDOODLE (which I wrote about earlier this year), Goldendoodles will go through several different phases before their first birthday.

They also have to grow into their coat as well as their facial features.

From birth to 8 weeks, the Goldendoodle coat goes from flat to fluffy and from 8 weeks on that same coat begins to fizzle and disappear as the baby fuzz leaves and the adult coat comes in.

Then there’s the “scraggly” phase. #teenagerlook  It’s that awkward stage right before the first year when the hair is going every which way but the right way. #andnevertogether

Jax is more of a “shaggy doodle.” He’s just now developing that upside down “V” shape between the eyes to the nose… 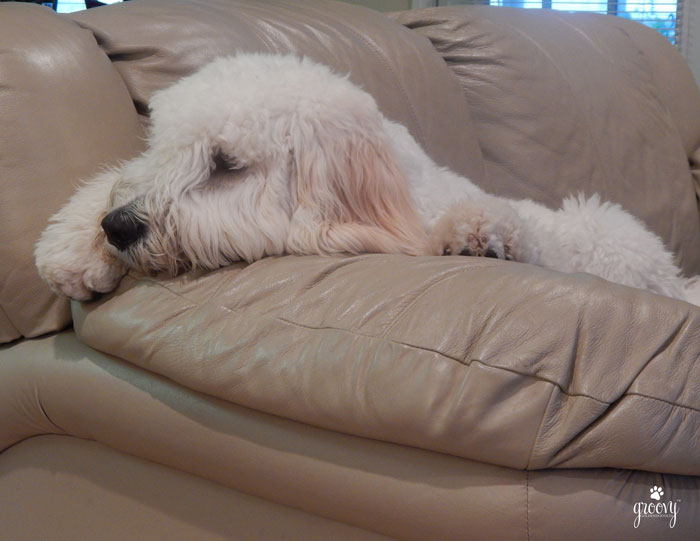 Something that Harley doesn’t have. Harley is more of the “curly” type that I choose to brush out.  Hence the “fluffier” look… 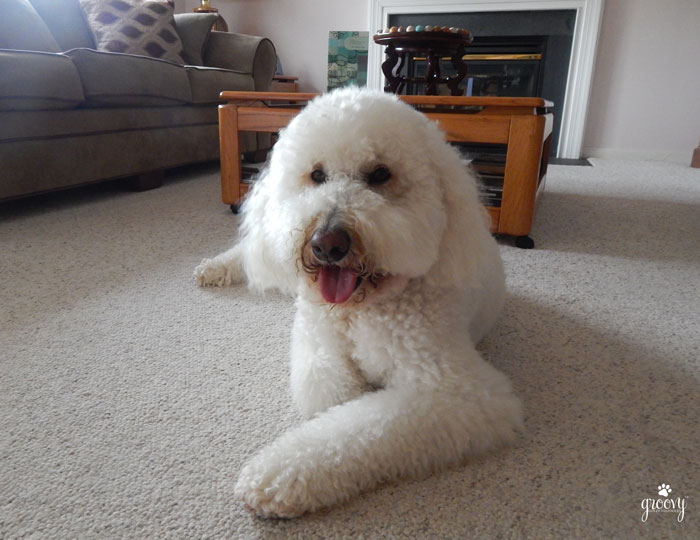 Generally the curly doodle doesn’t have a facial beard, instead their face has curly hairs from the head down to the nose. #❤️buttonnose

So while some people mistake Jaxson for a Wheaten Terrier and Harley as a “giant” Bichon Frise – I smile because it always gets us engaged in dialog about the uniqueness of the Goldendoodle.

And I could talk about them for hours. #cantyoutell?… 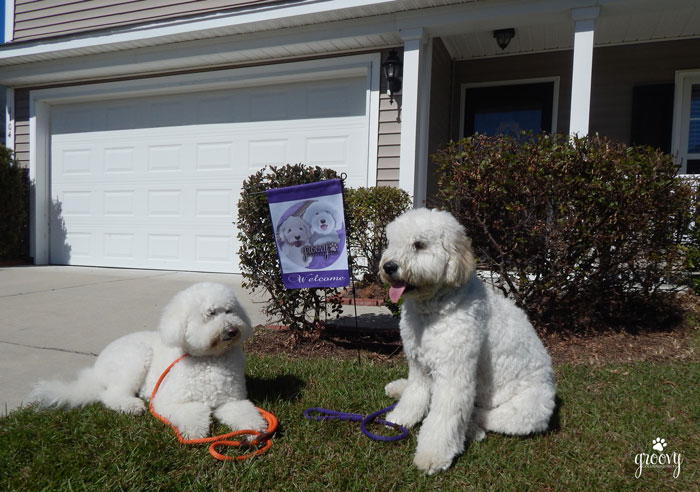 Enter our A PET WITH PAWS giveaway. This poop bag wristlet is my new BFF – enter to win yours!

If you like our fun photo garden flag – hop on over to My GBGV Life to learn about how to order your very own. I love ours! #thanksEmma

HAVE A DOODLE*LICIOUS WEEKEND – MAKE SOMEONE SMILE