Not until recently have I ever given much thought to owning a pet scale. But after realizing I had an overweight Doodle in the house, I decided it might not be a bad idea. 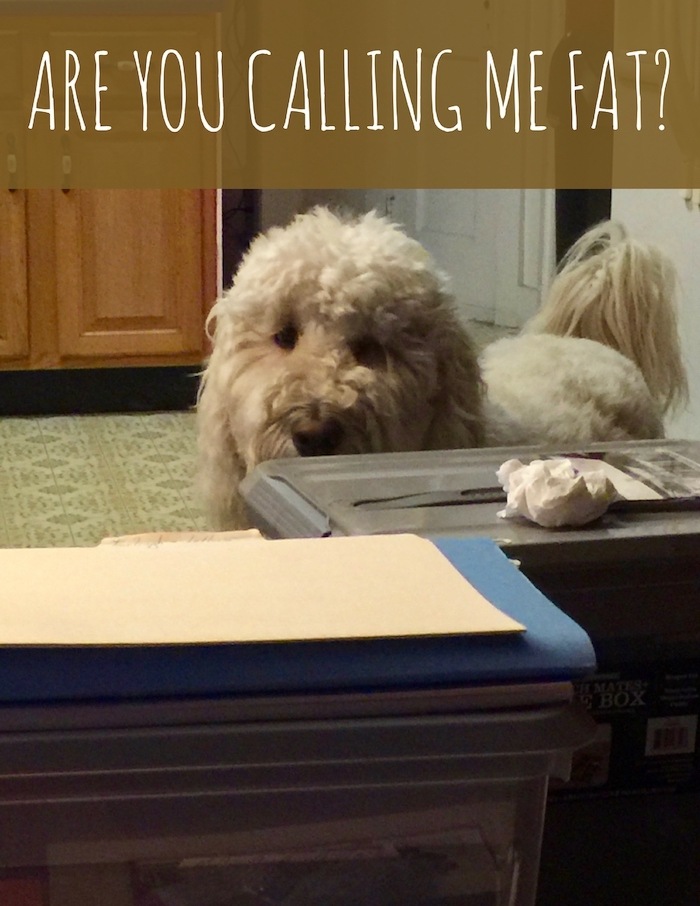 I say “sort of” because after I purchased a pet scale – I’m began to think otherwise. 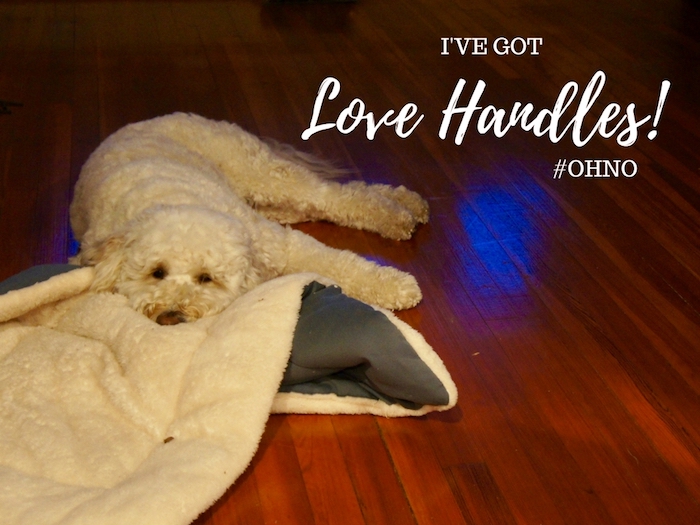 During the months of December and January, Jaxson “acquired” a few extra pounds – and it was my fault.

All on my own, I started giving him a little more food with each meal because the recommended amount on the package just didn’t seem to be enough. #don’tjudgeme

After several weeks of over-feeding him, Doodle Doc’s scale told it all –

SCALES CAN BE WRONG –

However, while Jaxson’s new (extra) weight on 66.4 was believable, Harleys weight gain? Not so sure…. 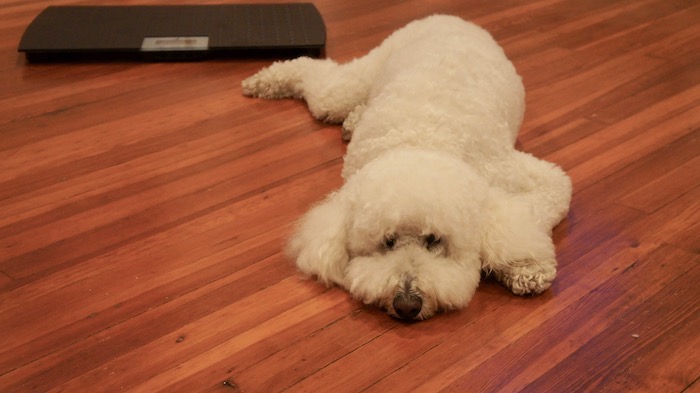 Harley never gains weight! He’s been in the same weight bracket his entire adult life. He’s that dog, who doesn’t over eat and always remains in his weight range. #whatshissecret

On Dec 6th the vet tech said Harley weighed 45 lbs. I didn’t think much of it then, due to my obsession about his allergies and discomfort. 45 lbs is low for him, but he didn’t look or feel thin.

But on Jan 5th his weight was 49.2. Doc said she preferred him at the 45 lbs because of the weight calculated allergy medication dosage she’d prescribed.

Harley hadn’t been eating any more than usual AND he’s averaged between 49 – 52 lbs since he was 2 years old! –

After our Jan 5th follow-up I promised Doodle Doc I would weigh them regularly, and concluded it was time to purchase a scale. Weighing them from home on a regular bases made sense to me. The Redmon Precision Scale is the one I selected.

Reasonably priced, sleek design, not too heavy and super easy to store, yet I was a tad disappointed with the size of the scale.

Listed as a “large pet scale” could be left up to interpretation when exploring the definition of “large.”

While Jaxson had no problem sitting on it, I had to fight that huge back paw to see the scale numbers… 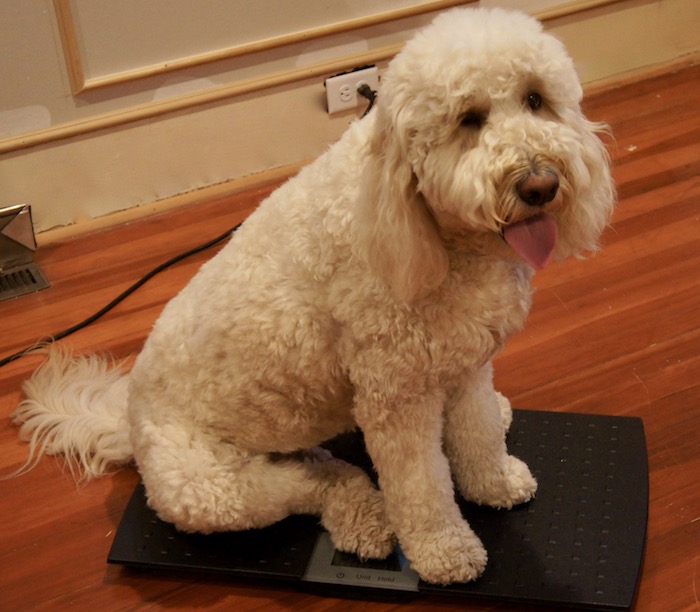 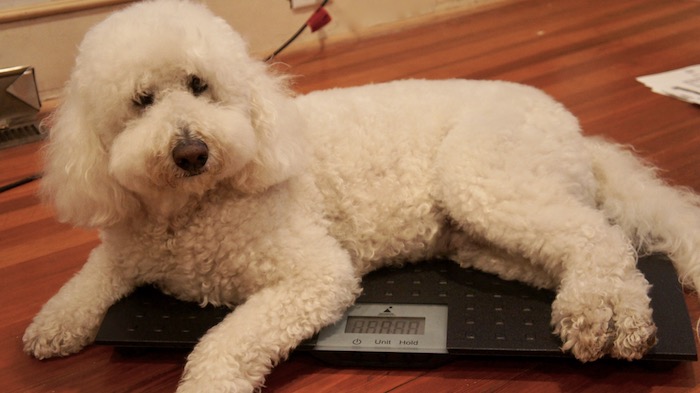 A feature I really like –  once they’re on, I press the “hold” button and it will calculate, record and hold their weight on the display screen for a few seconds.

That validates to me, the weight recorded on Dec 6th at the Vet’s office was incorrect. #hastobe

This is news worth celebrating – sliced apples for everyone!

The past two months have taught me a valuable lesson:

Nowhere in the directions did it say “two HEAPING scoops!”

I plan to continue to have mid-week weigh ins with the Boys.

Owning a pet scale has turned out to be a smart investment. Using it will also be a fun training tool. Harley must learn to sit and not lay – for a correct reading the first time.

Can’t wait to send these new numbers to the vet! #whoo-hoo

Success is not final, failure is not fatal, it’s the courage to continue that counts ❤