After Leo’s arrival, a few people asked me what were the advantages and/or disadvantages of bringing home a 6 month old puppy. After the third or fourth person, I found myself pondering my own preferences. When I brought Harley home, it was the last weekend in January, and he was nine weeks old. The weather was frigid. I still believe that particular winter we stole the record for consecutive days of either freezing rain and/or snow. 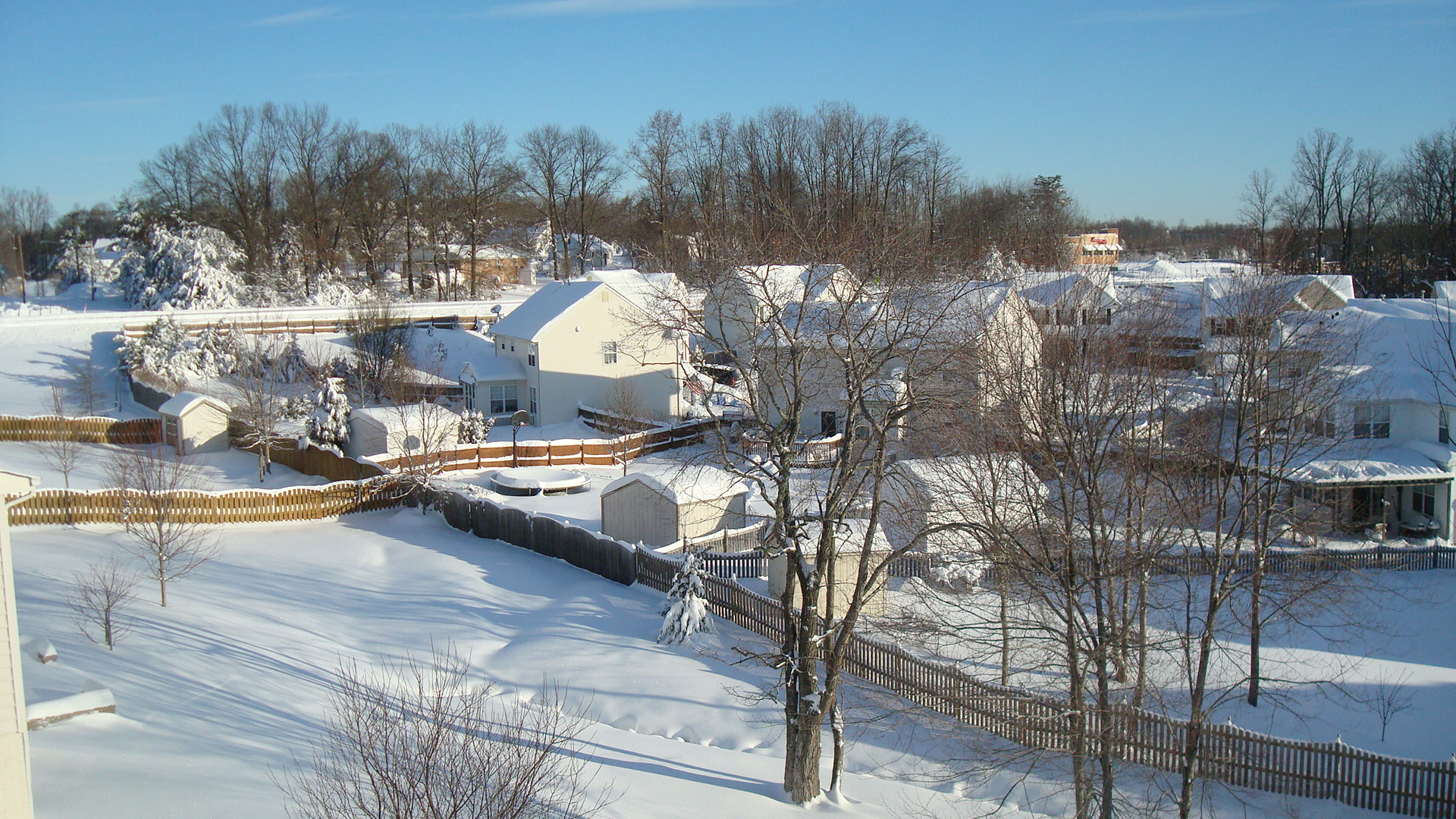 At the time, in our backyard, we had a deck yet no stairs and a yard with no fence (talk about improper puppy planning!). This made potty training a challenge to say the least. The “potty training for dummies” book said (based on his age), I was to take him out every two to three hours AND after a nap AND after excessive playing. Talk about a comedy routine!

To watch this sitcom as I tried to put on outer wear, leash up, and grab a poop bag before this little fella could squat was indeed a spectacle. And let’s not even go into the twilight excursions! Although Harley was crate trained, I knew to go out for that last late – night – tinkle trip before going to bed myself…. One great tip I learned and wish to share with you was the art of “tethering”. With an inexpensive piece of twine (about 3 – 4 feet long) from our local hardware store, I tied one end to Harley’s collar and the other end was tied to either my belt loop, waist, or ankle, giving me constant visual contact of him. Because we were literally “tied at the hip”, I learned gestures and bathroom signals, and was able to timely correct bad habits. Harley caught on quickly, and our movements were in sync. By the time I relinquished the twine, wherever I went so did he. And as Natalie Cole would sing: “INSEPARABLE, that’s what we are….”

Now Leo came along in October at six months of age – yes I factored in the weather this time! He came from a great kennel, had loving veterinarian caretakers, and was crate trained, but he hadn’t spent his first six months with us. Young, shy, unsure of his surroundings, and trying to fit in Harley’s world – he had his paws full.

Even though we’d added the stairs to the deck, and fenced in the backyard, the bathroom scenes were a nightmare.. When we  would let them out (Harley potty’s in one little corner of the yard – gotta love that twine!), I thought Leo would catch on by watching – after all he’s six months old…

Unfortunately they would bounce back in the house, and less than ten minutes later Leo would flood the floor. It took me a few days and then the lights came on… Leo, was really a baby, regardless of his actual age. He was new to us and we were new to him. In reality –  in his new life – he was only nine weeks old.

I once read that when a dog does something wrong, it’s generally not the dogs fault, but our own, and in this case, I was the one who was wrong – so I ran back to the basics. I know what you’re thinking and no, not once did I even think of tethering something whose head leveled my hip when on all fours, weighing 46 pounds! In no time, Leo caught on, and as the weeks rolled by it was hard to remember life without him being there. He can age ten years but will forever be the “baby” and therefore treated as such. He is not aware at all of his oversized paws, nor the pain they produce when landing on your bare feet. 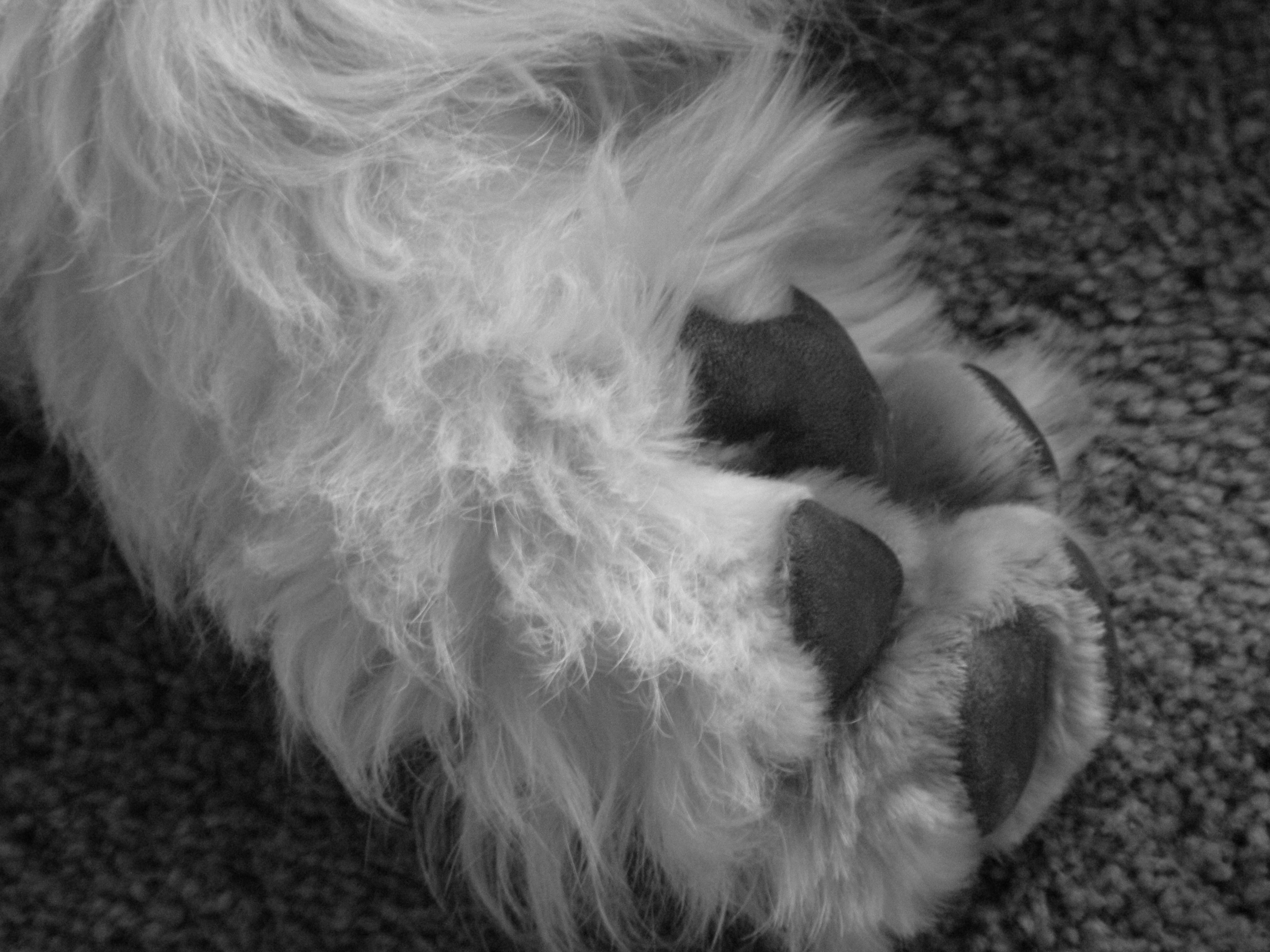 This will hurt your pinky toe!

Harley is so graceful when he leaps on the bed, he reminds you of a swan, yet when “Orca the Whale” arrives you know it! I cannot count the number of times Leo has shoved us down the stairs as if there’s a prize at the bottom, yet he will snuggle up underneath you when you least expect it and sleep so soundly, yet snore so loudly. In every sense of the word he is my “gentle giant.”

So to all the readers out there that have either asked me that question or pondered it themselves, I can only share my opinion which is based solely on my experience: I think when you are really ready for a dog, a lifelong companion to love and be loved by unconditionally, until God says differently, when you find that blessed creature, the age will not matter at all.

As always, thanks for reading, will write again soon…