I live with two tail wagging Goldendoodles and one tail wags all the time. Humans generally associate happiness with a tail wagging dog.

This notion made me curious. Is Jaxson happier than Harley?… 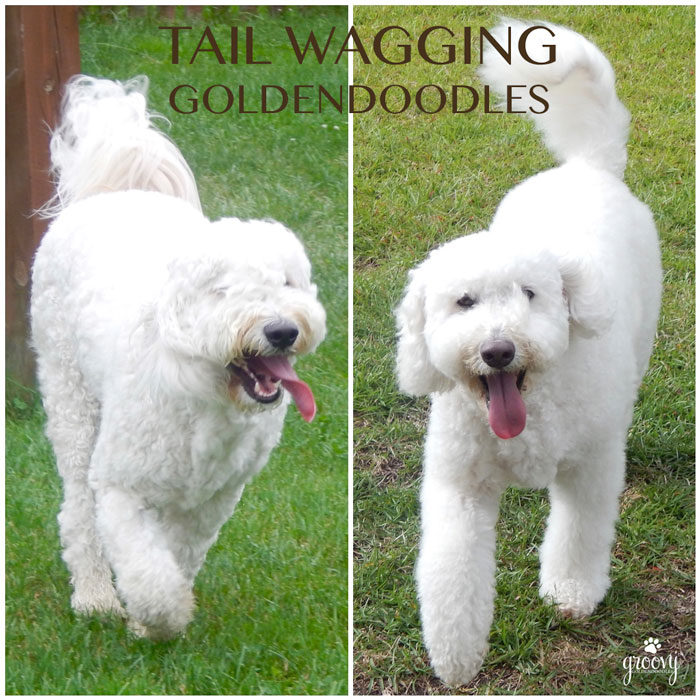 The appearance of their tails AND the reasons behind when they wag them intrigued me.

Why do they do what they do?… 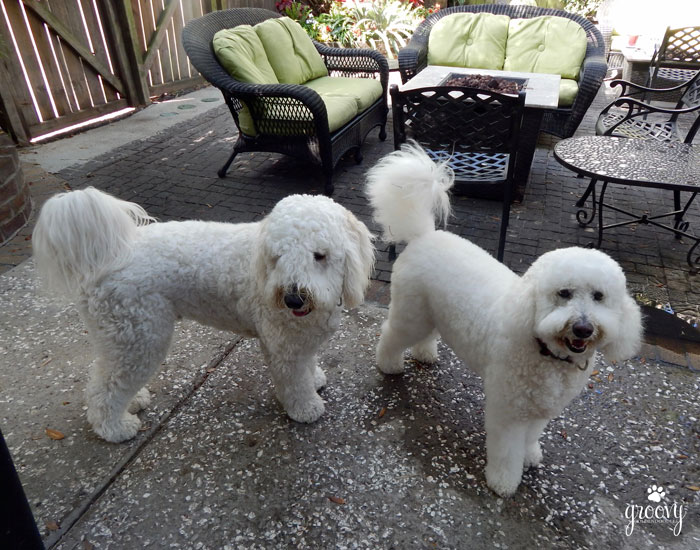 The tail of a Goldendoodle can be a beautiful plume – either curly or smooth. Goldendoodle tails ride high up over their backs then slightly curl over.

This is a very common trait of the Goldendoodle.

But yet, when you look at Harley and Jaxson the dissimilarity is easy to spot.

It reminds me of my Grandmother’s duster. You know the one you’d use to clean the top of the door frame. Thick and pouffy… 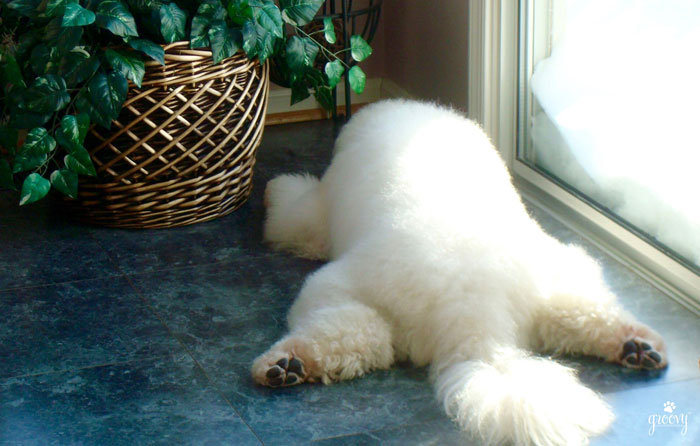 Jaxson’s tail is definitely like his paternal ancestors. It reminds me of a horses tail, and feels like it across your face early in the morning too… 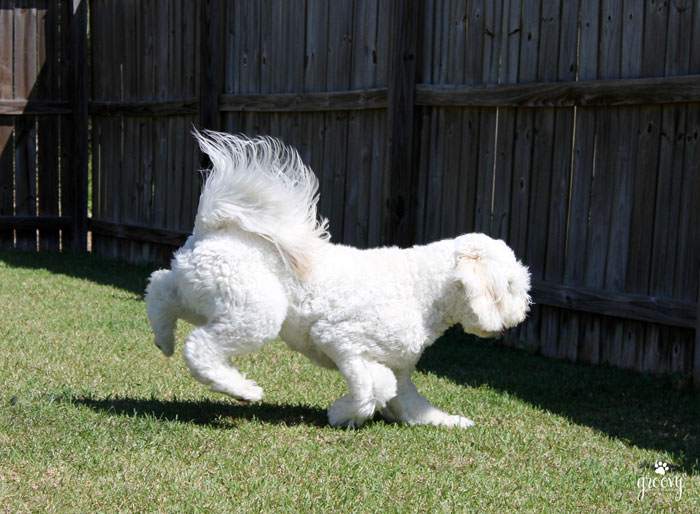 Many times during the course of the day Harley’s tail is relaxed and laying down. But Jaxson keeps his at attention. straight up, curled over with long strands flip flopping as he walks.

Is Jaxy happier than Harley? #nope!

While we associate tail wagging with our dogs mood, there are many other reasons why they wag their tails.

AOL News aired a video titled “10 Things You Likely Didn’t Know About a Dogs Tail” and trust me, there were a few things I was clueless about.

Both Harley and Jaxson seem to be “rightward” tail waggers. #thusfar

That doesn’t mean when “anxious” they could/would easily wag to the left. #Imatailwatcher

Research also states that every canine understands the meaning in a left or right tail wag from another dog.

Now I’ll be paying much more attention to other dogs tails vs. Harley’s attempt to straddle their backs after each greeting. #Harleythehumper

Did something in particular on that list surprise you?

Hop on over to our post about the Tether Tug Dog Toy giveaway and register to win a free one.

Your pup will enjoy it and afterwards, you’ll love him even more – when he’s like this… 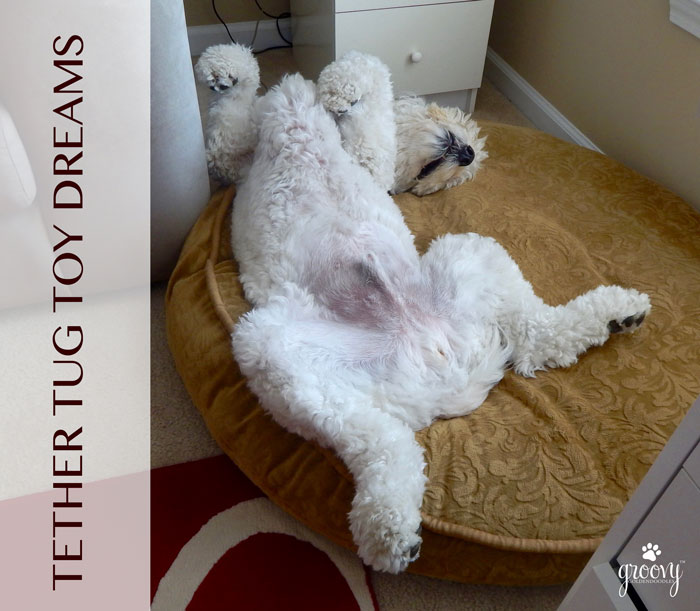