Last week we were back in Virginia. As I drove the Boys around to various places looking for some ole familiar faces, I couldn’t help but wonder, how much do dogs remember?… 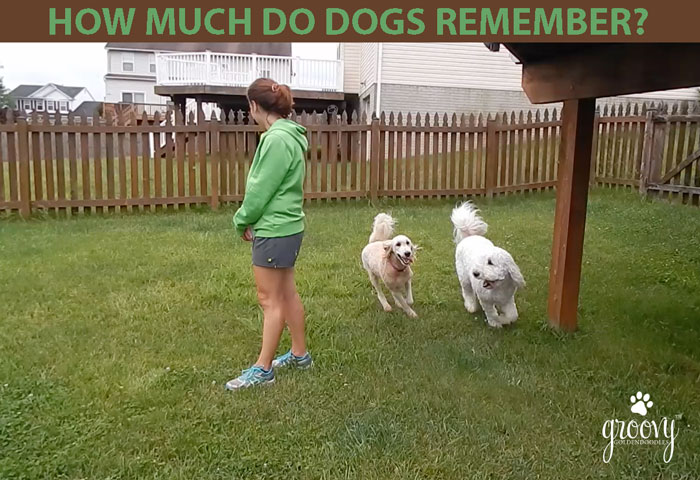 When your daily activities are publicized on social media (says the husband of “this” blogger) it’s pretty “Doodle-difficult” to arrive in the vicinity of your old neighborhood without paying a few people a visit.

Sitting at a traffic light, it dawned on me that I was expecting Harley and Jaxson to remember people they hadn’t seen in more than 8 months.

The primary difference in how a dog’s memory works compared to humans is that dogs do not have the ability to recall specific events.

Short term memory for a dog is about five minutes. Long term memory is harder to determine. We know dogs have a long term memory because they can remember hand signals and words for their lifetime. Source: Canidae

HOW DO DOGS REMEMBER? –

A dogs memory is both similar and different in the same way humans remember things.

Their ability to learn is based on a type of rudimentary memory opposed to true understanding.

It also helps that dogs are incredibly intelligent animals!

Their memory is often specific too. Scent is very powerful for dogs and they have the ability to lock into a memory connected with scent far easier than we can.

Their keen hearing ability makes it easy for them to recall things associated with this sense. Think about it – dogs are valuable when searching for survivors buried in collapsed buildings.

BACK TO THE BOYS “REUNION TOUR” –

Regardless to how they were able to recall who these individuals were, I willingly accepted the fact that while they seemed genuinely happy to greet old friends, they probably couldn’t distinguish nor remember the last time they saw them.

The humans had no idea #untilrightaboutnow

*the inserted photos (on the pictures) were taken when we used to live in VA.

A stop at Olde Towne Pet Resort was a must! 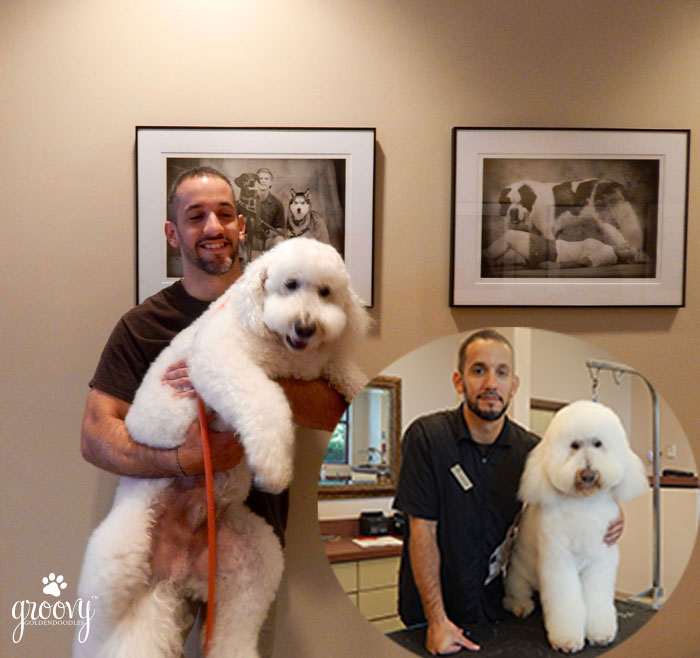 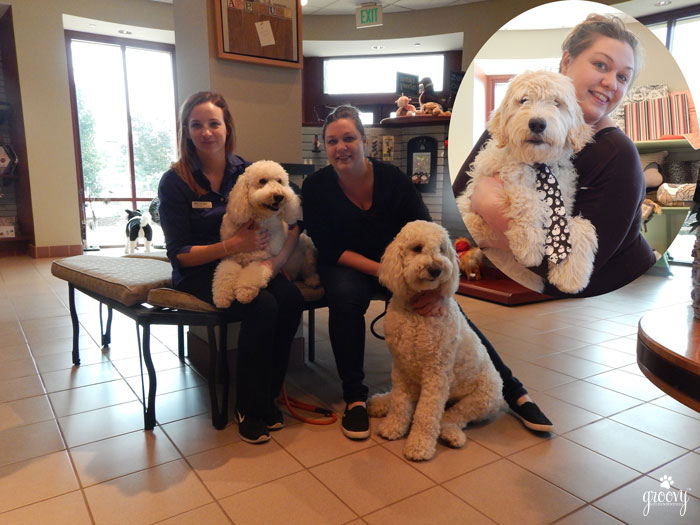 Everyone gasped out loud when Tyler wanted to see if Jaxson remembered sitting on the lobby counter. 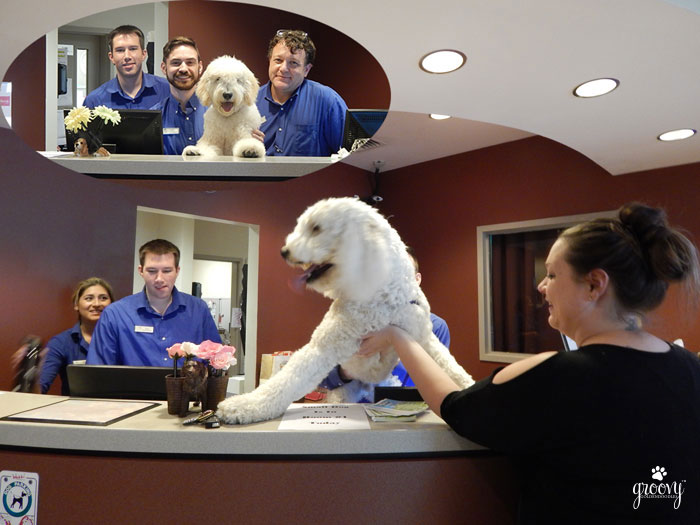 You know you’ve been blessed when you’re old vet (the O.G. of Doodle Doc’s) reads your blog and follows your dogs on social media. We had to swing by and get kisses from her along with harassing Bert the cat… 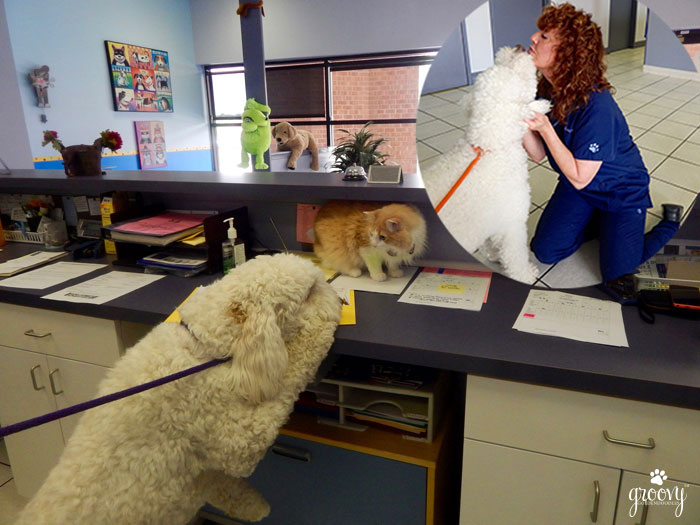 Jaxson’s very first canine companion (outside of Harley) was lil’ Ms. Piper. While one dog grew in size more so than the other, the love remains the same… 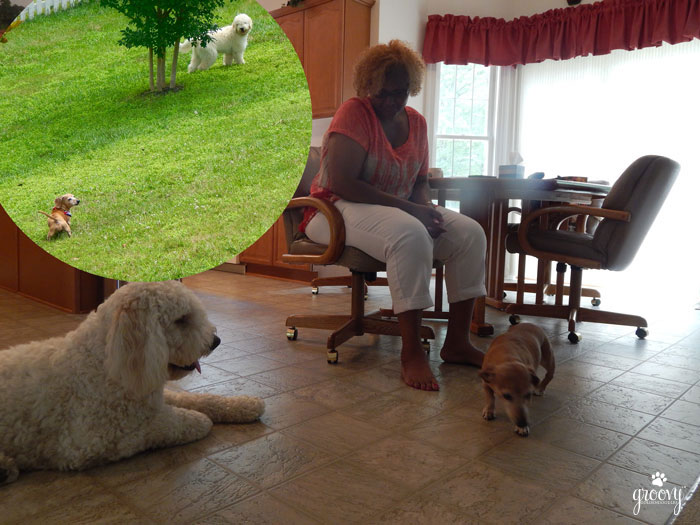 Jaxson was a G.I.T. (Greeter in Training) at our old church right before we moved.

I wanted them to see how much he’d grown… 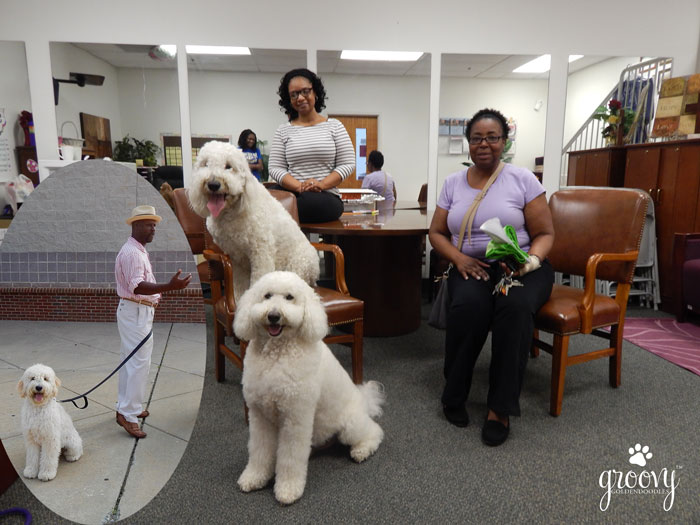 But the highlight of this trip for Jaxson, was reuniting with the love of his life – Finley the Goldendoodle from next door… 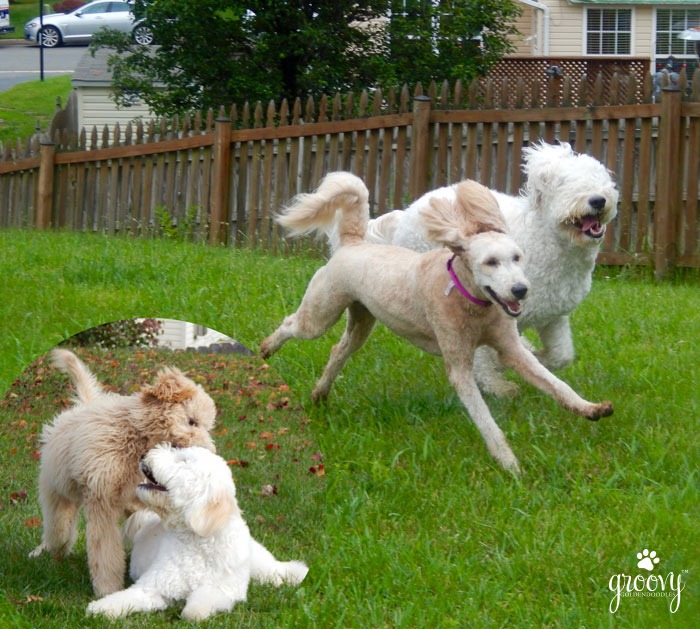 You can find oodles upon doodles of fascinating information covering memory capabilities for both dogs (and cats).

And while I’m neither a veterinarian nor a scientist, I do believe Harley & Jaxson remembered enough to leave every creature smiling and happy after each visit.

How much do you think dogs remember?

How Long is Your Pet’s Memory Span