What’s up with dogs and ice cubes? Is it safe? Is it not? Can they or can’t they eat them? #inquiringminds #needtoknow

Last year – in a blog post titled: No Ice Water for Dogs, Please Read ASAP, a pet owner described a frightening story about giving ice water to her dog, who then went into distress.

After rushing to a vet clinic and then surgery, the pet owner wrote that the attending vet surgeon told her ice water causes dangerous bloating and “violent stomach spasms.”

The story went viral. Initially I didn’t read it – and to tell you the truth I didn’t pay much attention to the debates regarding its validity going back and forth because neither one of my dogs ever ate ice. 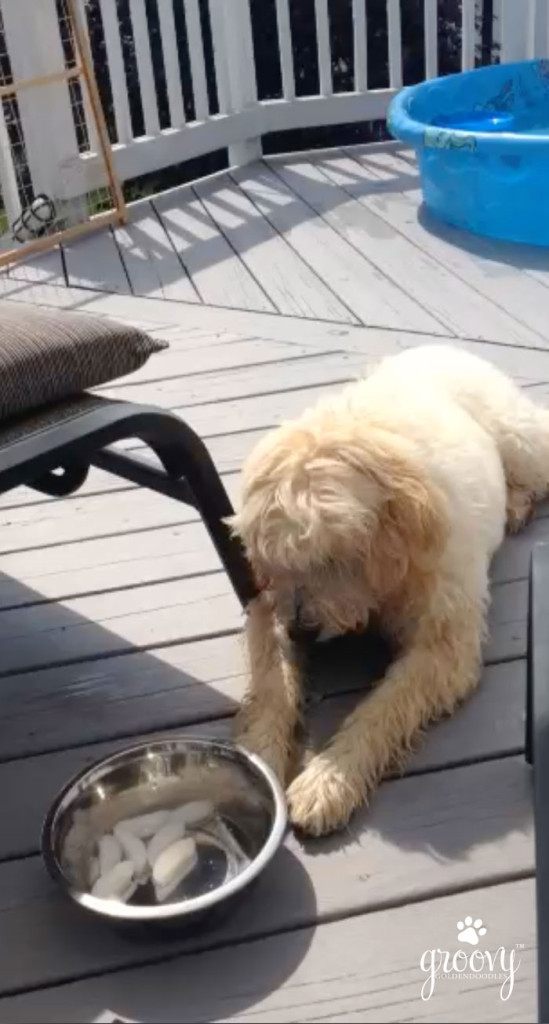 About two months ago an ice cube ejected from the door dispenser and hit the floor. Before I could retrieve it, Jaxson zipped by, scooped it up and chomped on it like a treat.

After that first encounter – whenever he heard the ice maker churn, he’d come “a running!”

Now that our weather’s warmer, when we’re outside on the deck, I’ve thought nothing of tossing a few cubes into his water.

That is until recently.

When a friend saw the ice in his water bowl, she asked me about it. I told her I it was fine, but my response later haunted me because I really didn’t know.

I needed to find out for myself – are ice cubes and/or ice water dangerous for dogs?… 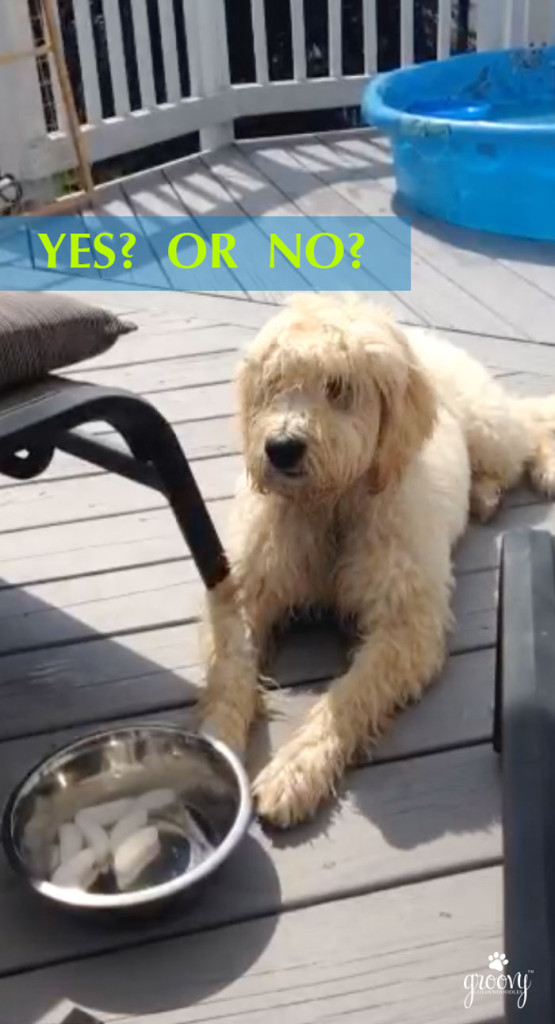 So far, I cannot find anything to substantiate the warning.

According to Dr. Tina Wismer (Medical Director at the ASPCA’s Animal Poison Control Center), the information is false “dogs do not bloat from drinking ice water on hot days.”

But what is bloating?

Experts believe that dogs can bloat after eating or drinking too fast in general, regardless of the temperature of the water or whether or not the water contains ice cubes. When a dog is hot and thirsty, he very likely might drink the water too fast — and swallow lots of air in the process — which can be a recipe for bloat. When a dog’s stomach bloats, it twists and traps air, gas and food, cutting off the blood supply to the stomach and nearby organs. The dog’s stomach then becomes distended, and without immediate help, the dog can suffer from shock or organ failure, or even die.

Hmmmm, then – ice is good but drinking water “too fast” is bad?#soconfused

I continued to “surf” and figure out –

TO ICE OR NOT TO ICE…

…that was truly becoming my question.

Wanna know what I decided to do?

I’ve concluded eating ice technically is safe for dogs. I do need to be aware that there are a few potential dangers that go along with eating ice:

So I will continue to supply ice cubes (in moderation) and supervise always.

What do you know about dogs and ice cubes? Do you ice? Please share 🙂

THE TRUTH ABOUT ICE WATER AND DOGS

THE DANGERS OF ICE CUBES AND DOGS

ARE ICE CUBES AND ICE WATER DANGEROUS FOR DOGS