What made me think bathing a dog was a good idea?

What made me think it would be an easy task? 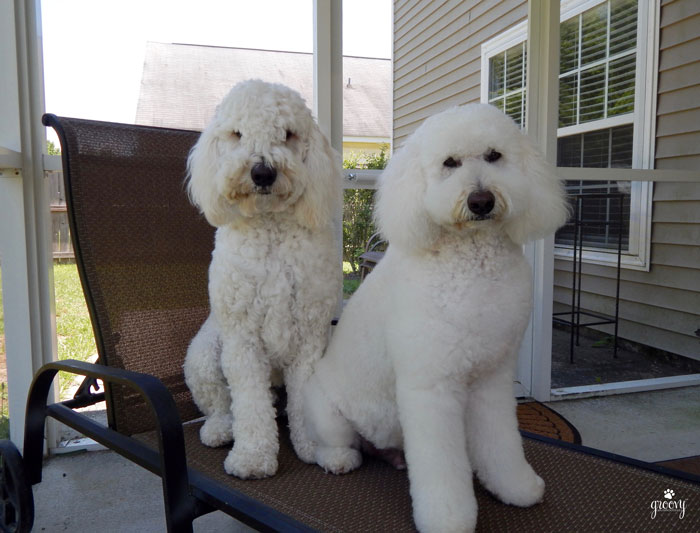 Looking at the photo it’s no surprise EVERYONE guessed correctly… 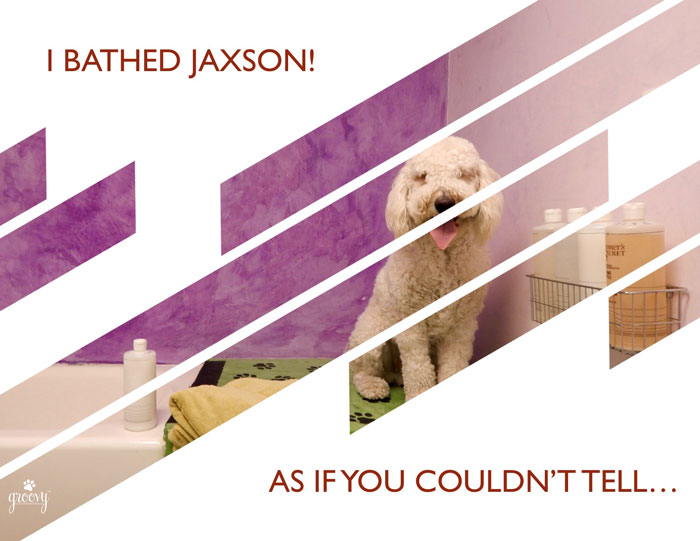 SO WHY THE EXPERIMENT? –

Now that Harley’s a therapy dog. I cannot (in good conscience) place him on a patient’s bed reeking like #dog

I started looking at ways to “reallocate” Doodle funds. #showmethemoney

I chose to bathe Jaxson because he sports a shorter look which made me think he would be easier, even though –

So after I dropped Harley off at the groomer, Jaxson accompanied me to one of those do it yourself dog bath thingies… 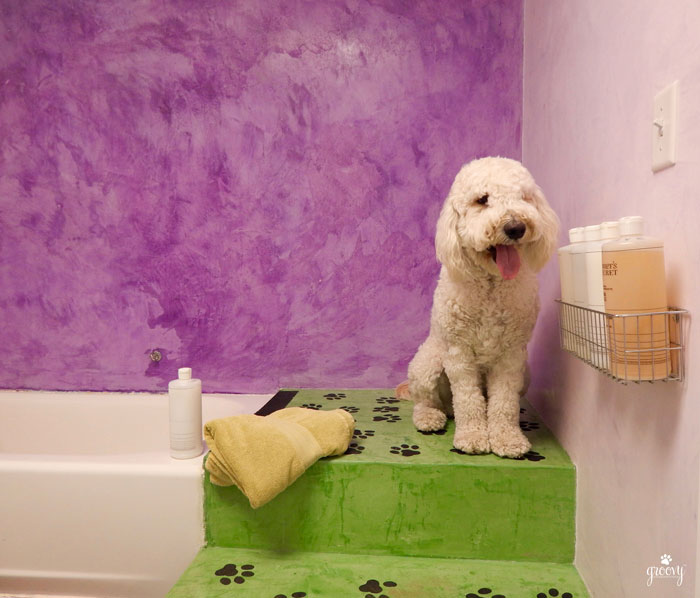 They’re a fraction of the cost, they supply everything and you do all the labor. #briefswell

At The Pet Mahal, Christine – 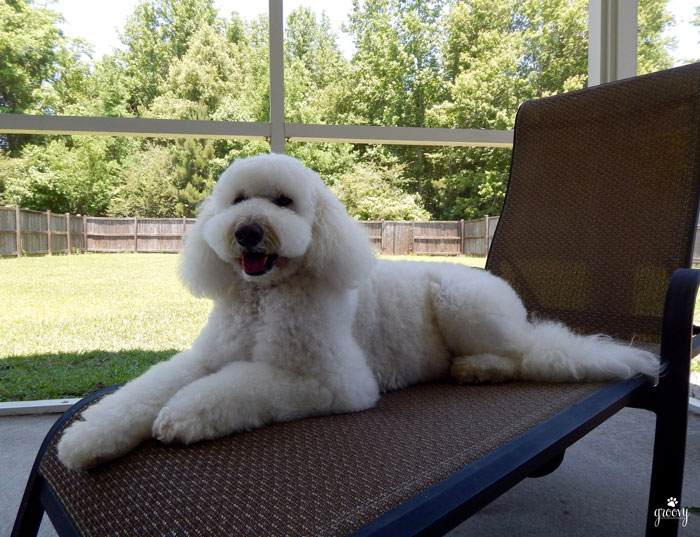 At All is Well Pets, I barely managed to  – 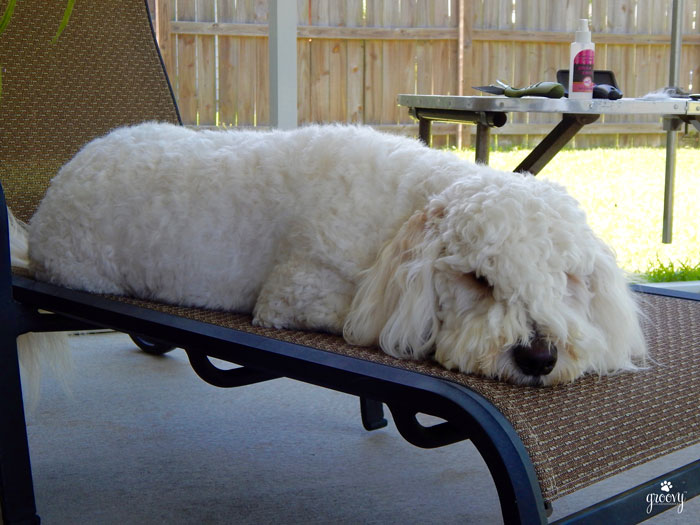 It was a daytime nightmare filled with horror, agony, and torture.

My protective gear was no match for the #demondoodle. I was dripping wet under the plastic apron.

He was like a long wet tailed Orca Doodle Whale in that water. Think I’m lying?

GUESS WHAT THIS IS? – 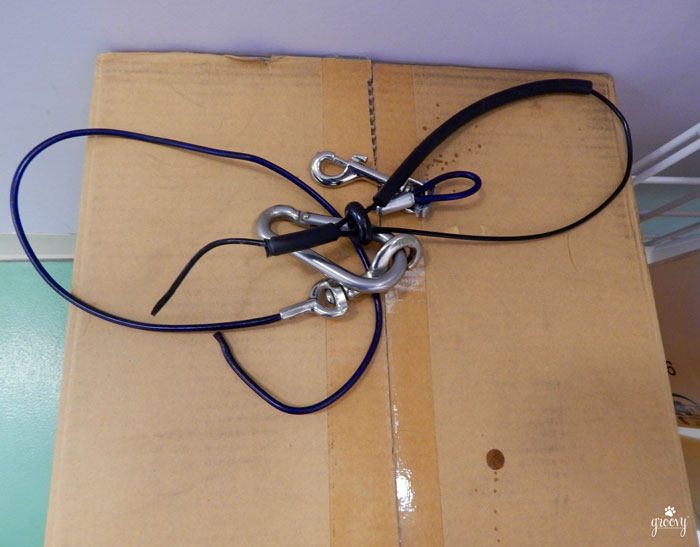 Like an enormous mythical sea monster – the Kraken snapped two leads in the middle of the shampoo session, releasing him from the tub. #Imgonnaneedabiggertub

Water and soap bubbles were all over the floor. I was slipping and sliding like James Brown during a concert. #aintitfunkynow

I had absodoodletutely no energy left to blow dry him or me!

Riding with the windows down at 55 miles per hour, he air dried in the car en-route to pick-up his brother. 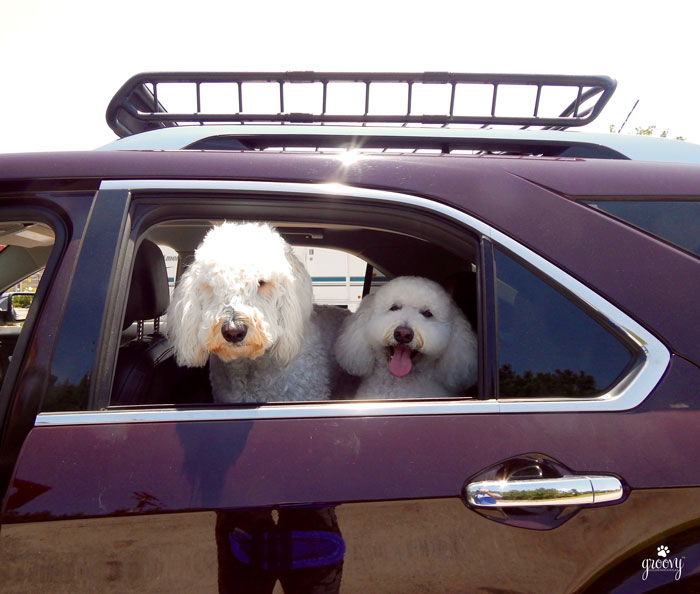 Professional groomers deserve every dollar they charge. What little bit of money I saved – cost me in energy and sanity.

This is one memory I’d just assume not store in my mental rolodex!

WILL I EVER BATHE HIM AGAIN? –

Later that night, as I slid my battle fatigued twisted torso carefully and slowly into my bed – I assessed my attempt to be thrifty:

I gave it a shot and it is what it is. I shall re-adjust my Doodle budget and make it work. I do feel somewhat victorious because I tried, and that’s good enough for me!

If you’ve never tried to imitate your groomer before, give it a go #atleastonce And then the next time you see her, make sure you bring her flowers.

Let us remember the true meaning of Memorial Day this year.

Be blessed, be safe and be kind 🙂