The phrase – “Pet Therapy Magic” has become one of my go-to comebacks whenever I witness Harley, Jaxson or any therapy dog assist a patient or family member in a way only a dog can… 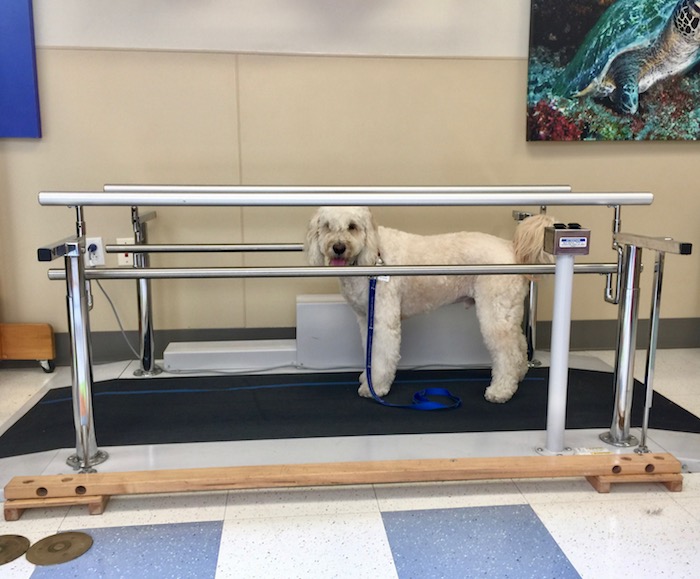 The story I am about to tell you falls in my “pet therapy magic” category and it’s about Harley.

Because of HIPPA laws, my words will be vague and my photos only of Harley, but I hope your imagination captures the essence of our days with this incredibly brave patient.

Jaxson was actually the first to meet her. After a most unfortunate accident, she would need intense and frequent physical therapy and animal assisted therapy (AAT) was suggested to enhance the sessions.

Brave – with a positive attitude and outlook on her future – the two became fast friends. Jaxson was able to catch and retrieve the balls she threw, walked with her, and was a friendly furry balance beam during her swats.

For Jaxson she pushed herself –

she would say as she giggled at him, fluffed his mohawk and pressed one more leg lift.

We left her about an hour later, knowing we’d see her again – later in the week.

Is there a therapy dog available?

We have a patient requesting one, can you come now?

When Harley and I arrived – I was surprised to find the same patient Jaxson worked out with the day before.

Availability in physical therapy, brought her back. Before she could begin, she experienced a seizure. When we arrived it was over, and she was laying on the floor resting.

When she saw us – she thought I had Jaxson with me. As I began to introduce Harley, she reached out for him, simultaneously telling the medical staff she felt another seizure coming on.

I walked Harley over to where she was laying, and sat on the floor next to her.  Touching her chest – she asked him to lay across it. Harley straddled her and a few seconds later the seizure subsided.

When they were able – the nurses moved her to a gurney and at her request, Harley jumped up there with her. They locked arms and paws and remained entwined for quite some time… 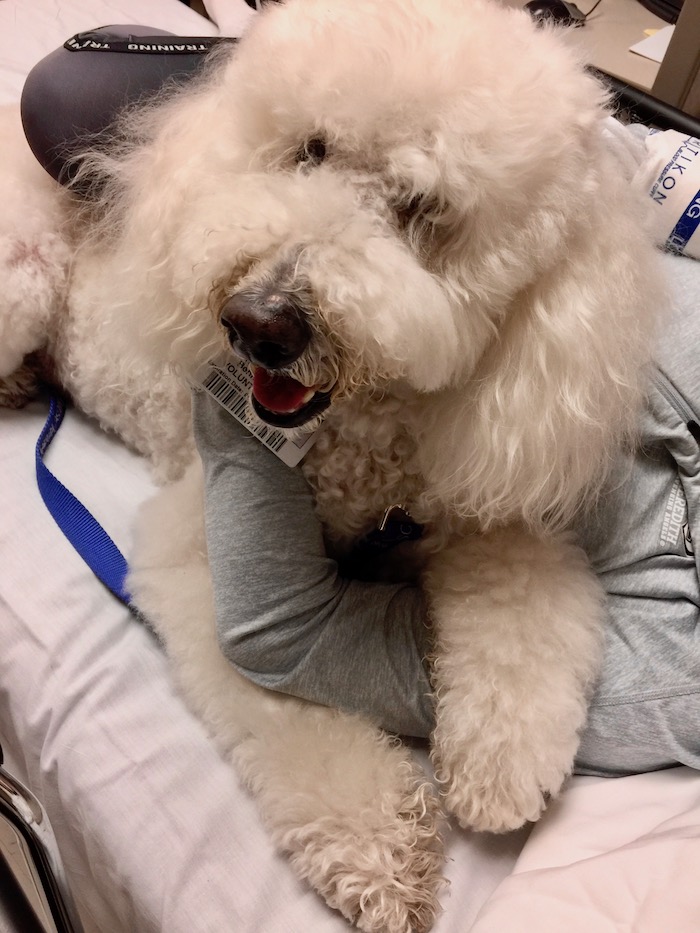 The physicians wanted her admitted for observation to monitor and diagnose these seizures. So Harley rode the foot of the gurney all the way… 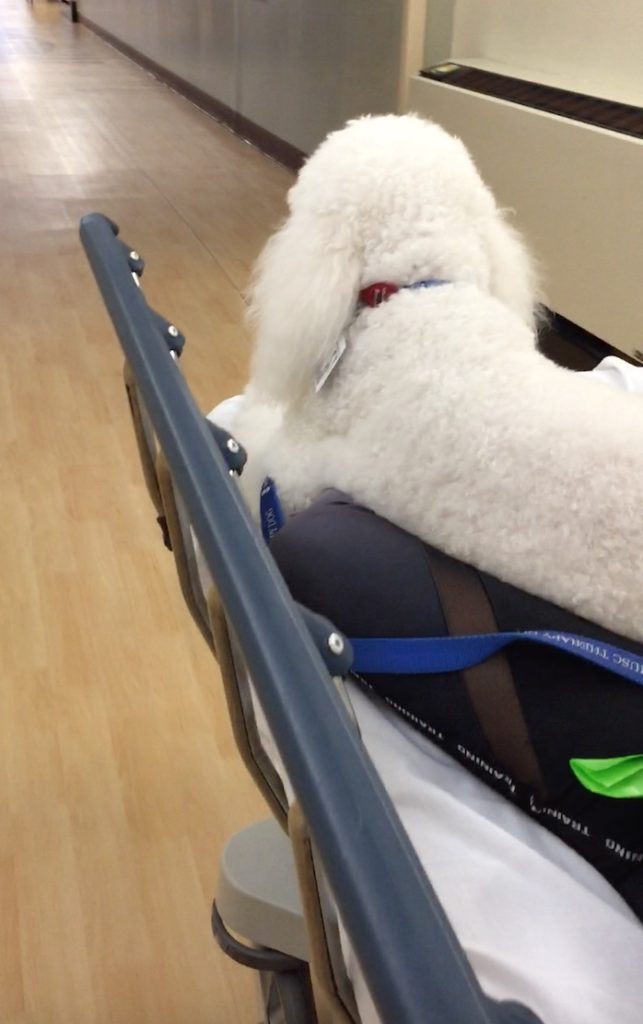 Waiting for a room – she experienced five more seizures. Harley was there. For all of them. 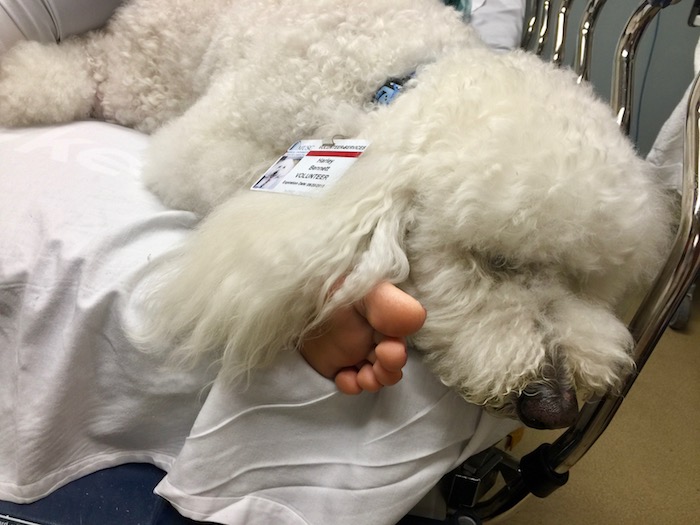 We were with her for several hours. She was exhausted and I couldn’t help but think Harley was also.

The entire time, I never left his side. I was able to watch him closely and carefully. Harley was, in my estimation – amazing.

He was happy and smiling as long as she was doing alright. He’d stop playing or wagging his tail, sitting still, motionless just minutes before she announced another seizure was starting.

That’s how I see it.

Harley is neither a trained –

Did Harley know what was going on? Probably not. Neurologists still argue that dogs can’t read human brainwaves yet admit they still possess this uncanny ability to sense danger.

Harley, as a therapy dog, continues to demonstrate his extraordinary intuitive nature.

With the exception of being tired that evening, I didn’t detect any strange behavior in Harley that night nor the days that followed.

Jaxson and several other pet therapy teams will continue to participate/contribute with her physical therapy appointments. It’s extremely rewarding to watch therapeutic progress when someone works with your dog.

Our Stroke Rehabilitation with Canine Assistance pilot program begins this week. Jaxson will meet his patient and therapist team on Tuesday. I cannot wait to observe him work with stroke patients on mobility strengthening.

Of course I will let you know how things go…

Thanks so much for reading –

Helping others is the way we help ourselves ❤️