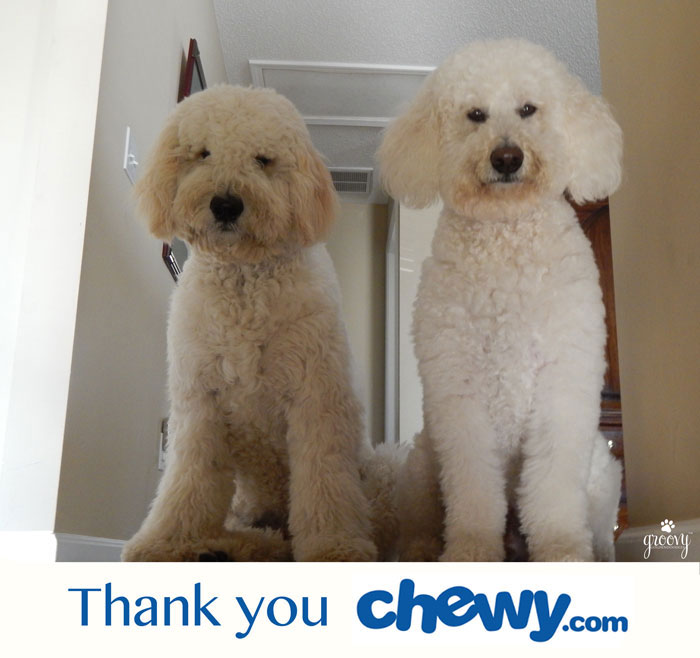 Before 2015 slips away – Harley, Jaxson and I wanted to say “Thank You chewy.com” for another fun year of tasting and testing “dog stuff”… 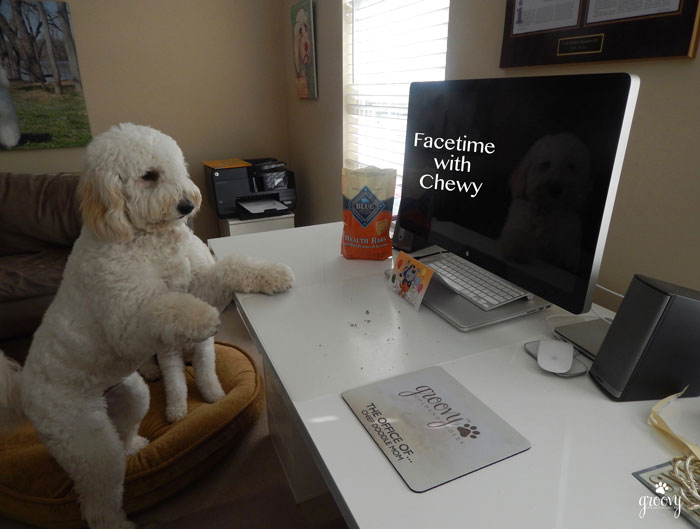 Retail stores lost me after I hooked-up with Chewy.com!

They’re a company comprised of pet parents who have a serious passion for helping pets.

That kind of company where the type of customer service they provide simply makes you say “wow!”

Harley’s been an Ambassador for them for about two years now, and even though we’ve never met, they’ve become an integrate part of our world.

They’ve been playing so much lately, I forgot to tell you about it. #oops

P.L.A.Y.  (Pet Lifestyle and You) Garden Fresh Pumpkin Plush Toy was the highlight for Jaxson… 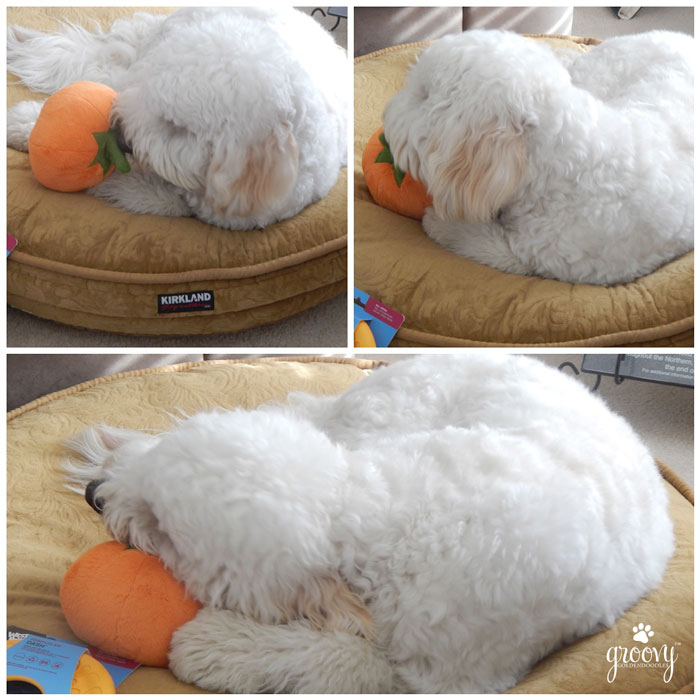 It doesn’t do much – actually it doesn’t do anything, but there’s something extra doodle special about this this thing, because he now naps with it… 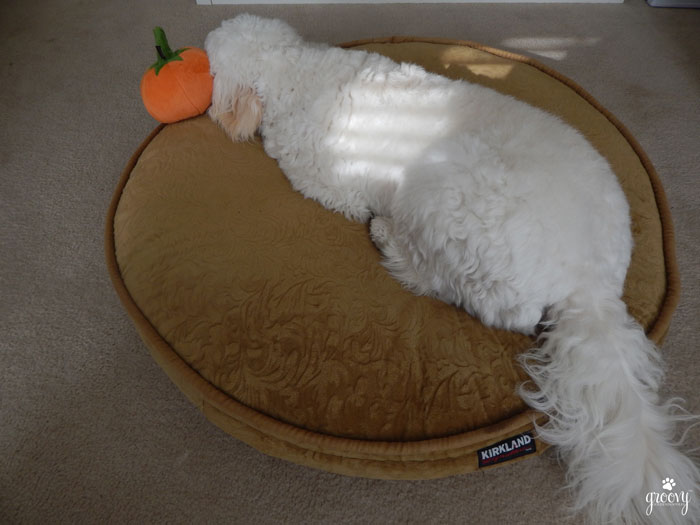 It works for me because it’s eco-friendly, and machine washable #gottabeabletowash 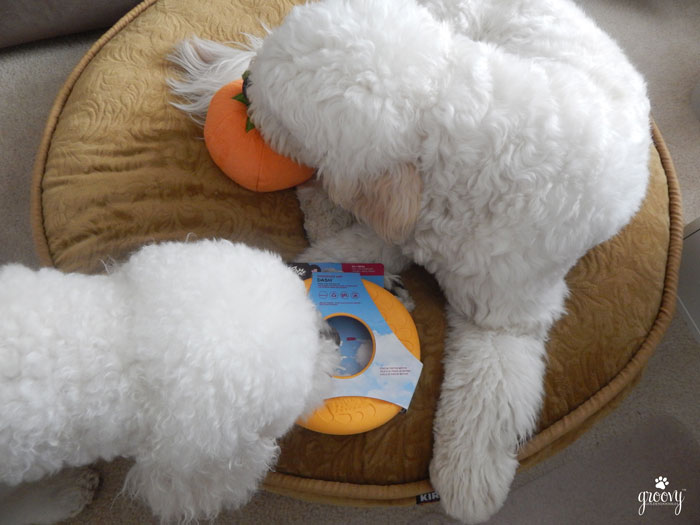 We haven’t used this yet, but hang with us, you’re bound to catch him in action on a video. Just keep in mind, I still haven’t learned how to throw a frisbee correctly yet. #sosad

When the December box arrived – the pumpkin (like Thanksgiving turkey) became a fond yet distant memory, because the Kong Jumbler Football was finally here!#letsgetiton

There were treats in the boxes too. But we’ve been so excited about the toys – we’ve not gotten to them yet. #butwewill 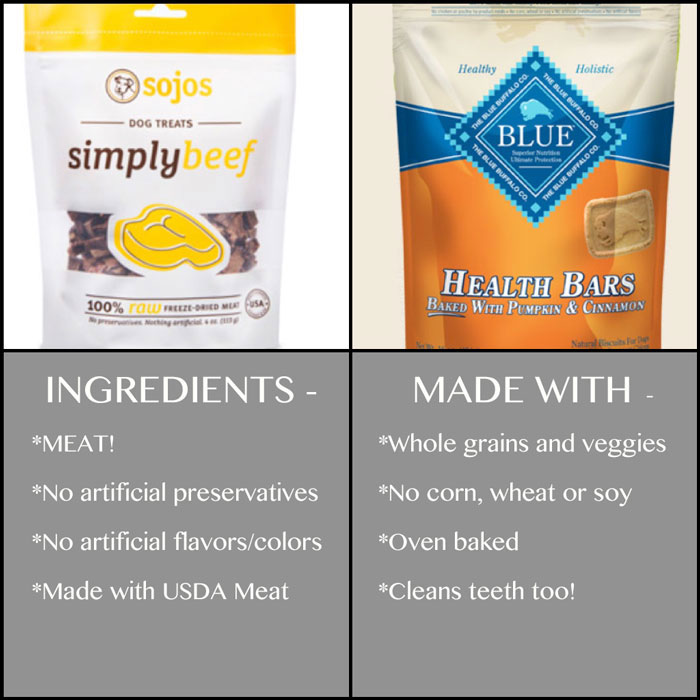 Since Chewy and Jax were unable to “face-time” each other, I decided a handwritten note to Sydney was just as pawsonal… 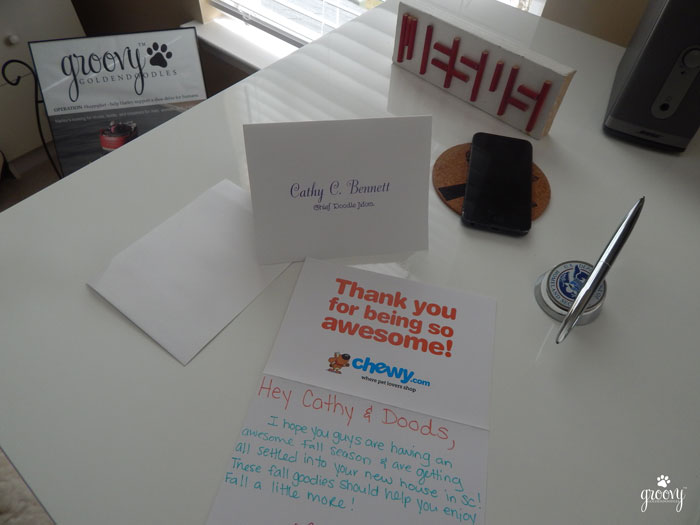 In full disclosure: Groovy Goldendoodles™ received no monetary compensation for this review. Groovy Goldendoodles™ only shares information we feel is relevant to our readers. All opinions are my own, swayed only by Harley & Jax’s lip smacking and tail wagging approval. Chewy.com nor any of the products mentioned are responsible for the content of this post

Be kind to someone and as always, thank you for sharing us with your friends!