Most Saturday’s (weather permitting), DH and I try to incorporate the boys in some type of outdoor activity. Since we’ve become pet parents, this is the way our minds seem to work.

With a myriad of leftover tasks forever undone, I personally wanted to dedicate my Saturday completing a few of them, so I bowed out when Lee came barreling down the stairs rattling off a variety of places we should/could go.

Acknowledging and accepting my desire to remain at home, he laced up his shoes, located my car keys, and mumbled something about dropping pants off at the cleaners, and taking the boys to support a “Charity Bike Wash/Photo Shoot & Swap Meet.”

This wouldn’t be the boys first bike event, but it would however be their first “without me!”
As usual, they draw a crowd. Here they are with a labardoodle owner who just had to visit the boys…. 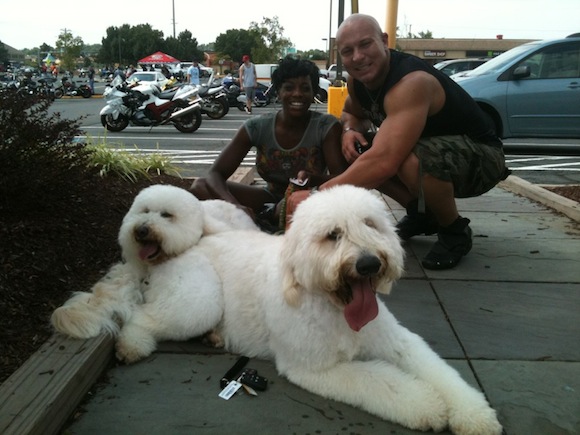 When DH texted me after a few hours (I thought to let me know “all was well” on his “solo doodle adventure”), all he typed was: “BOYS DAY OUT!!!”

And then he sent me this picture… 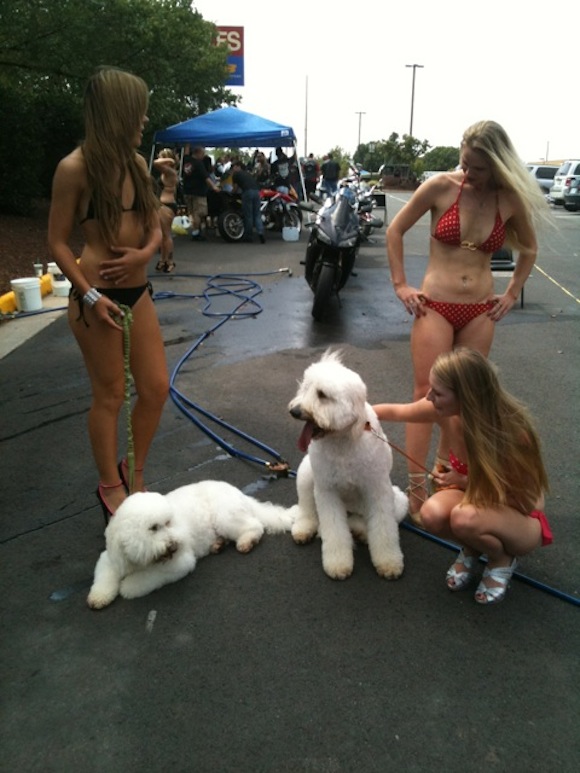 I teased him for a little while after he came home, told him his doodle priviledges had been revoked and he was officially in the “dog house!”

The boys had a blast, the event was a success, and my projects are finally finished!