My dog loves water bottles! He’s what I would call on the edge of “obsessed” and I’m praying I’m not the only one out here with this problem.

I’ve got to be brutally honest though and tell you:

I CREATED THIS PLASTIC CONTAINER MONSTER!

The first time it happened, he was just a young little dood. I remember it vividly. I was sitting on the floor playing with him and drinking a bottle of water.  He tapped – tapped – tapped at the empty bottle with his furry little paw until he knocked it over.

When he grabbed it in his mouth and clumsily ran away – I clapped and screamed similar to when my daughter took her first step. #crazyIknow

Two years ago, I even wrote a blog about what I thought was his true hidden talent. I called him Harley Houdini .

Everyone else in the family scolded me, told me I would live to regret this. What did they know?

Well shut the doodle door! Here I am years later writing about how they were right and how I am sooooooo wrong.

My nephew stopped by and brought with him a lovely young lady. She’s not from around here, never met any of us before, to include Harley.

After the introductions, and a casual volley of pleasant conversation, I offered her a beverage. She asked for water yet declined a glass.

Suddenly my heart started to beat twice as fast. Right away I knew I should have just poured it in a freaking glass, but I didn’t.

As soon as she twisted that bottle top, here came trouble from across the room. It disguised itself in the form of four legs, a swishing tail, and what looked a lot like a smile.

At first the guest didn’t catch on, but after a while her eyes were fixated on Harley. Can’t say I blamed her. Once he caught sight of that bottle he eased on over next to the coffee table and sat!

As she took her first sip, he remained so still he resembled one of those canine statues made out of marble during Ancient Greek mythology times… 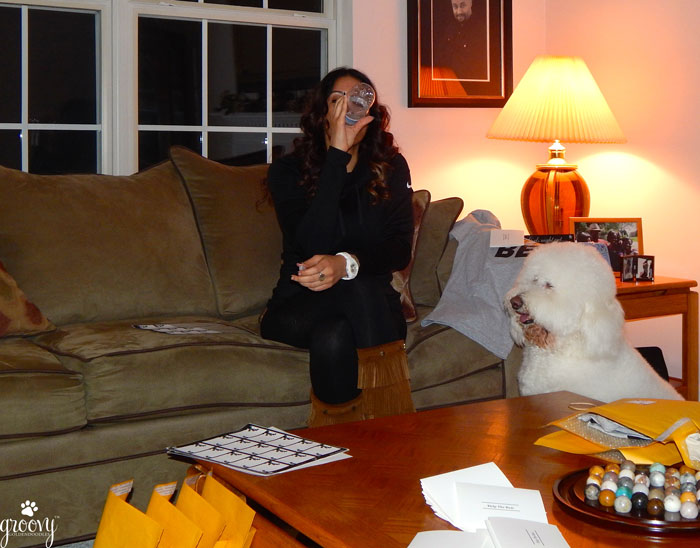 Once she noticed him, I felt the compelling need to say something. But how do you tell someone, “it’s okay – he just wants your water bottle.” There’s really no way to say it other then to… well say it.

OF COURSE I felt ridoodleiculous telling her. What’s worse is when I heard myself  – I sounded absurd: “my dog loves water bottles.” #killmenow

As the echo of my shameful confession filled the room, it happened. She realized this was no joke. She fully comprehended “he’s not leaving.”

My “first time in my house” guest quickly recognized she had no choice. There were no other alternatives. I watched in horror as she was about to do what Ms. Manners, Dear Abby and Helpful Heloise (you remember those newspaper etiquette superstars) have screamed for decades never to do in public… 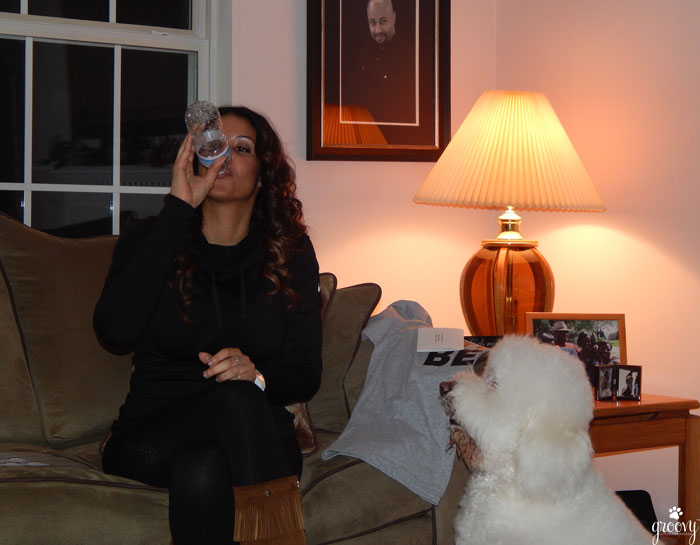 Now EVERYBODY in the room was staring at her! #Imsosorry

Here are my most honest answers:

With that much pressure “all up in your face” (I’m talking about Harley) it’s a miracle she didn’t drown. She finished the entire bottle at one sitting #impressive then looked at me and asked politely, “now what do I do?”

I sheepishly explained and as instructed, she placed the top on tight and handed the bottle over to Harley… 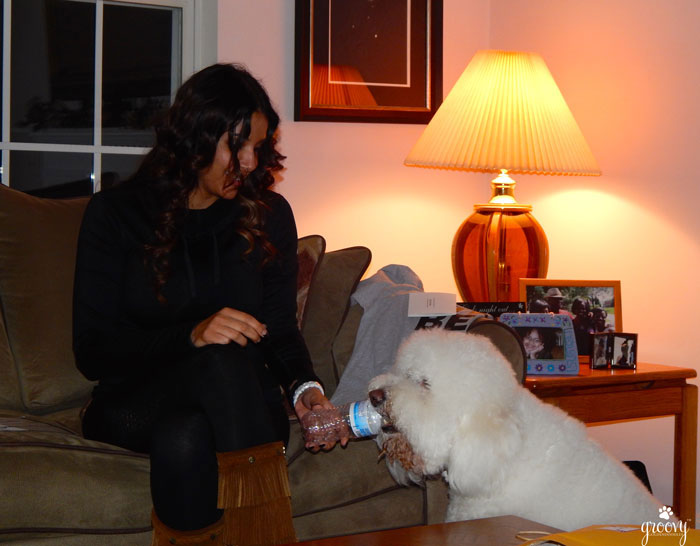 I was relieved to see her smile as he gently took it and settled down on the floor to perform for her.

You see, once he gets the bottle, he loves to do this…

Pawhaps the next time someone comes to the house, I won’t offer water on their first visit. I’ve got soda, juice, wine, coffee and tea. Yeah, I’ll serve one of those beverages.

Harley had such a blast on his field trip, he’s got his jersey hanging up in my office in the event he gets a last minute call for another scrimmage. He wants to be ready… 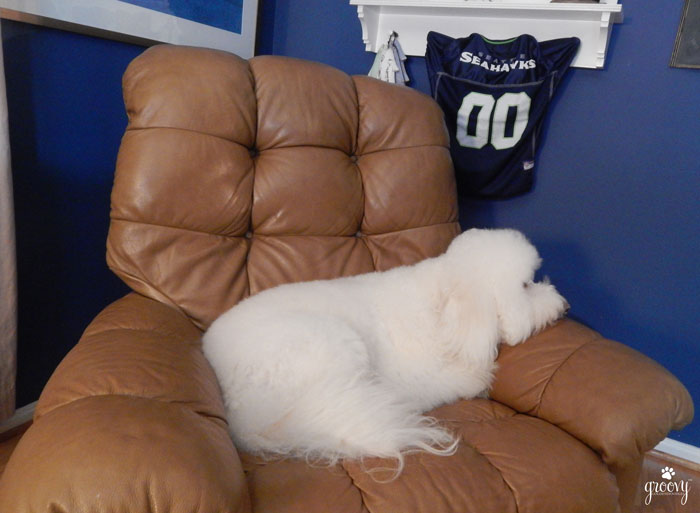 Check back on Monday for our Puppy Bowl recap 🙂

Have  a pawsome weekend. Be kind to someone and as always, thank you so very much for sharing me with all your friends!