Wednesday of last week I shared with you Harley’s impending field trip to the Bark Bowl Game. Bark Bowl Sunday – the first of what can only be an annual championship game of the NFLL (National Furry-Leg League).

The day of the scrimmage, the weather was unforgiving. The wind chills made the frigid temperature rip right through you like you wouldn’t believe. They were gone most of the day and they spent the majority of the time outdoors! Pawhaps that is why Harley returned looking exhausted and frazzled. He walked slow and sloppy, like a man who had seen the bottom of several bottles. He snored that night like Rip Van Winkle. #loud

The consensus from the other pet parents were similar to mine – their pups also laid comatose the rest of the evening! I was super anxious to see the photo’s – I could only imagine the fun they all must have had.

This years game was between the two Olde Towne Pet Resort locations. The Seahawks of Springfield traveled to the Patriots stadium at the Dulles location.

Strapped in the van, with his lunchbox in tow, Harley and the rest of the team  left promptly at 10:00am… 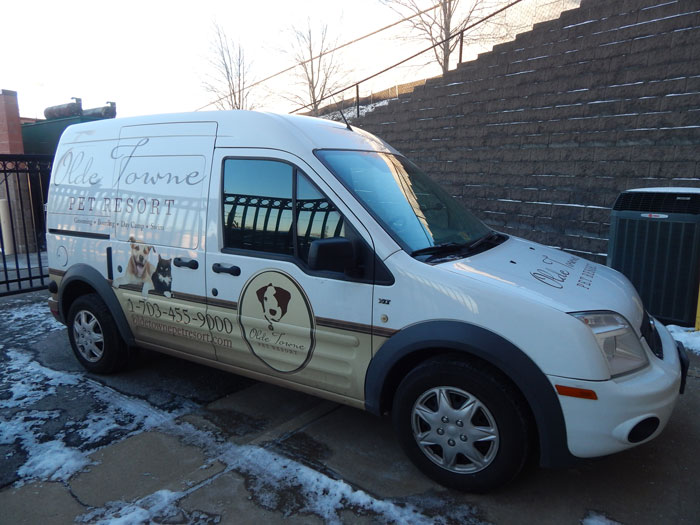 Since Harley was a Seahawks draft pick, I shall introduce his team #biasofcourse 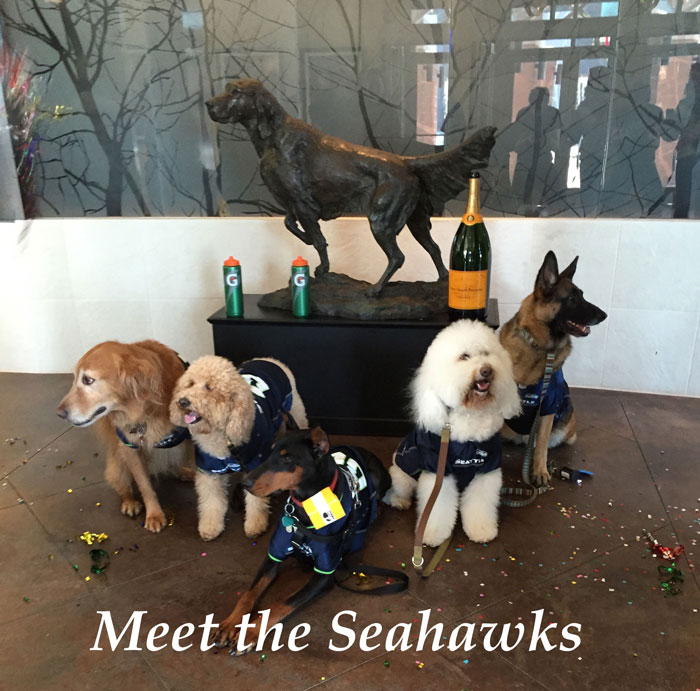 From left to right:

When they arrived, Hera made it clear there would be no interviews… 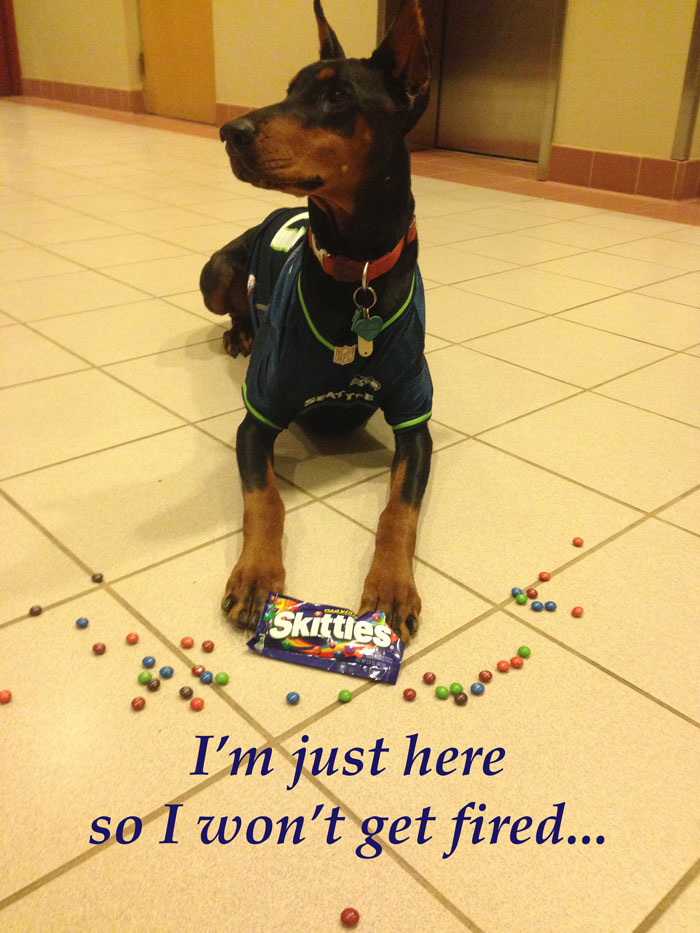 I found it entirely too difficult to select a few photos because they are all so pawcious. Team jerseys, referees, and a lot more, the staff at OTPR really went all out.

Here’s a slideshow to make you smile all doodle day!

And as with any major sporting event, there’s always those famous video clips / sound bites that only a few get to see. So feel special 🙂 because YOU are among the privileged to laugh some more…

CONGRATULATIONS TO THE PATRIOTS… 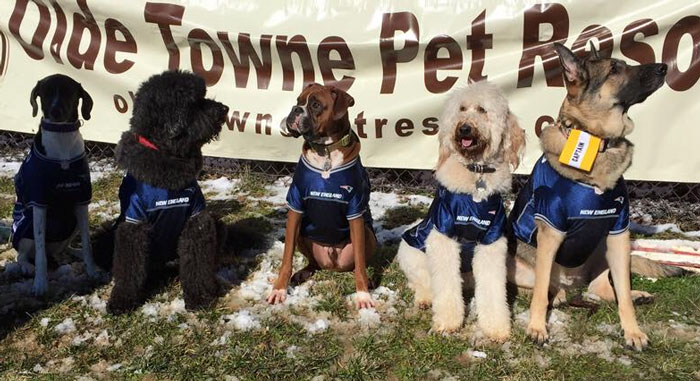 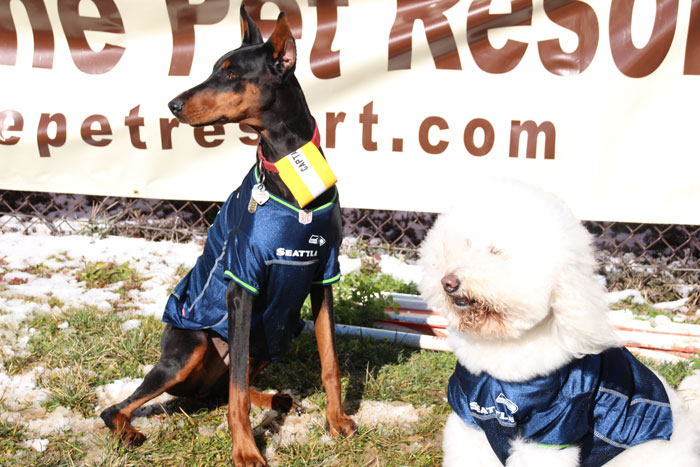 So, I’m gonna end this blog post and look after my little sports junkie. He’s still a little down, just keeps laying around hugging his jersey #sosad… 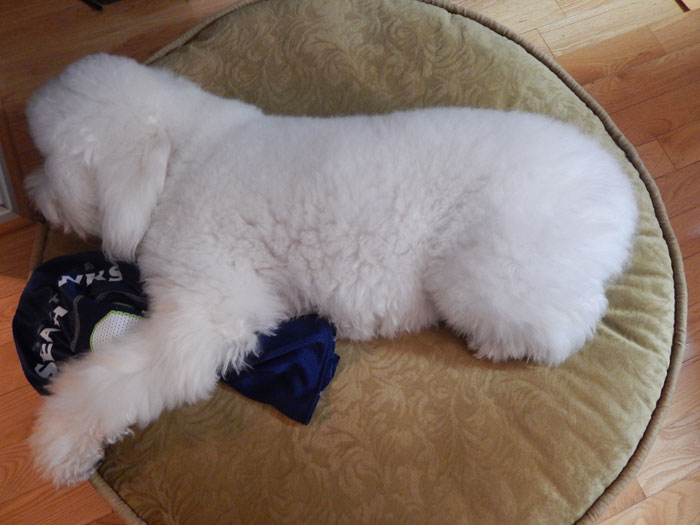 This is our contribution to the Monday Mischief blog hop brought to you by Alfie’s Blog, Snoopy’s Dog Blog, My Brown Newfies. Enjoy more fun posts from great bloggers listed below.

Have a great week, come back on Wednesday to find out what’s new with Harley.  And as always, thank you so very much for sharing us with all your friends!