Saturday I stepped into a pet groomers world, and my body still hasn’t completely healed… 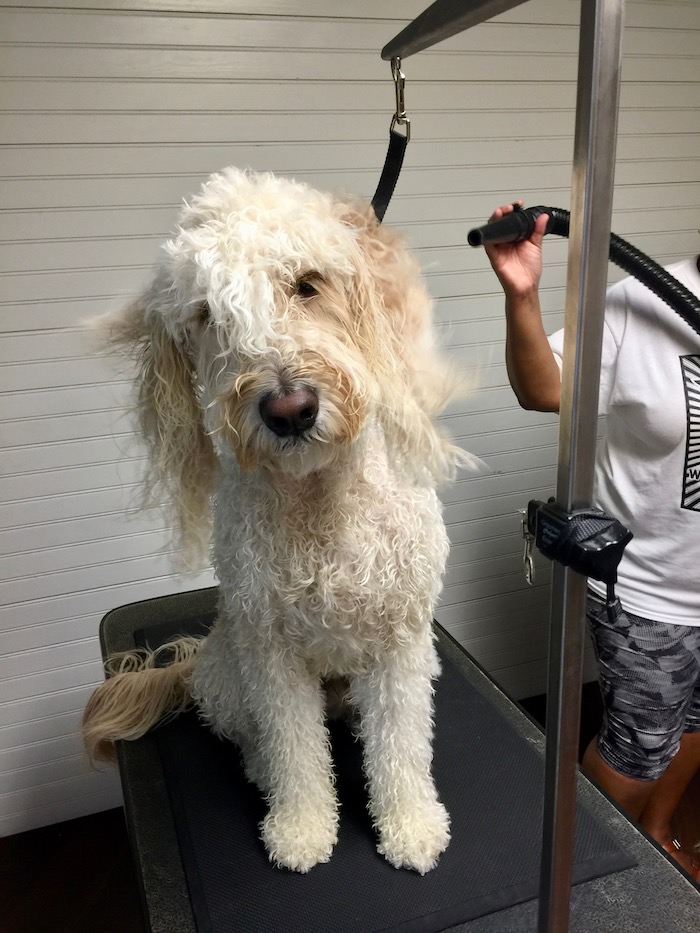 In the past 9+ years I have watched many a grooming session. I have even washed a doodle or two from time to time. But this was the first time I followed the procedures of a groomer from start to finish and I almost cried in the middle of the first wash… 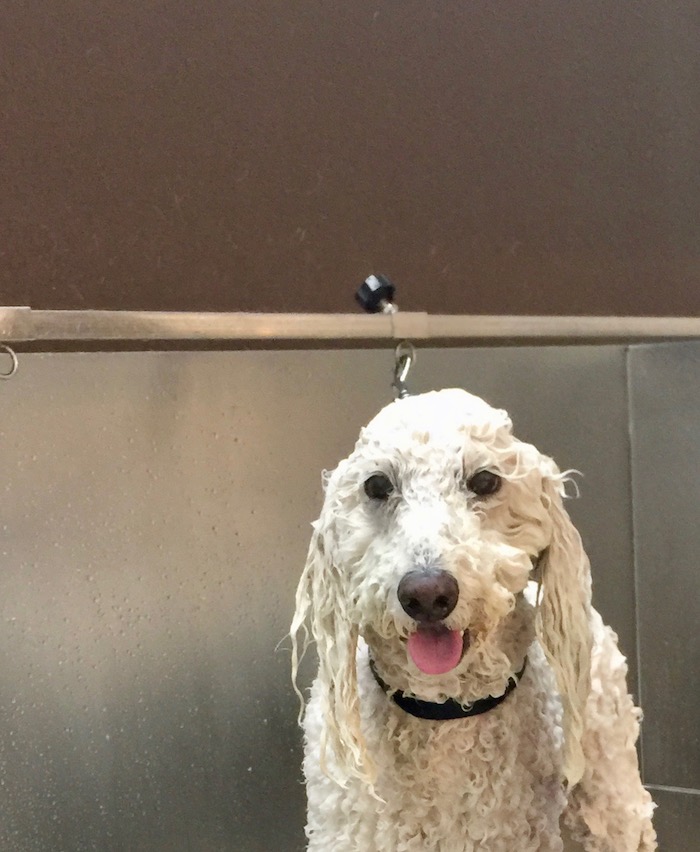 If I were to list everything that I learned that day –

don’t ever miss your grooming appointment

– would be on the tippy top of said list!

I failed to write their appointment down, and when I received the reminder call, I was slammed at work, Doodle Dad wasn’t available and I couldn’t find a Doodle Uber to take them #doodlegoneit

The next available opening was several weeks away and you all know about #bigsour (Jaxson) so I asked my groomer about a self-wash nearby. She was gracious enough to offer me a sink and table later in the afternoon if I wanted to come in. At that exact instance – I caught a whiff of Jaxson as he walked by and quickly said “thank you.”

I arrived with all my “supplies” eager and ready to get to work. I started with Harley first. Seth schooled me on a few of his secrets; like placing cotton balls in their ears to minimize the amount of water that can accidentally get in there.

By the time Harley was washed twice (#lilsour) conditioned and towel dried, I was fading. I “manned up” and got #bigsour in the tub but he drained me… 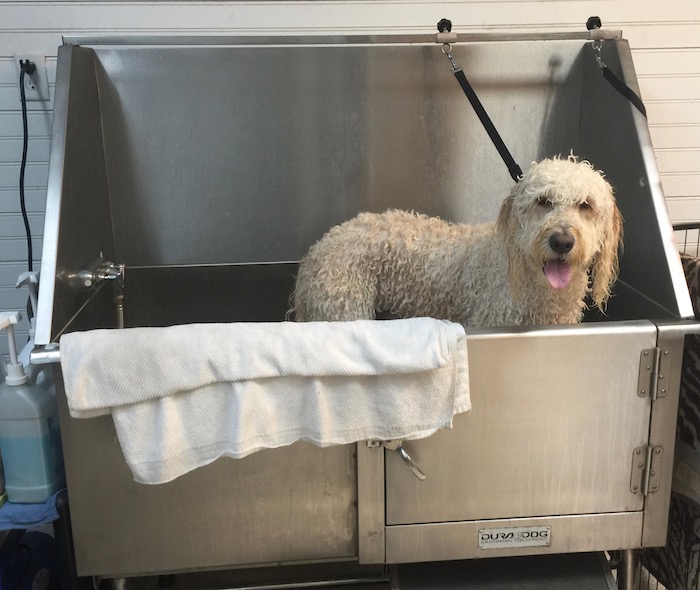 Washing them both took a little more than two hours. My feet were killing me, my shirt was soaking wet, and my back felt like it had snapped in two.

The entire time I kept wondering how does one human do this everyday AND with more than two dogs.

Once I finished washing Jaxson, it was time to dry. I stared at the grooming table and dryer for a mighty long time. The shooting/stabbing jabs of pain in my lower back were doing a excellent job convincing me to skip this part.

So I exhaled, did a few stretches, strapped him up and grabbed the hose.

My wet clothes acted like a magnet to all the hair flying from the dryer. I looked like a chicken! Fuzz was everywhere – up my nose, jet propelling down my throat, sliding all around my neck.

By the time I got to Jaxson, I stopped caring – the fuzz had won. Never knew Jaxson didn’t like the dryer near his legs. Tack on another 30 minutes of flying fuzz waiting to land on me as I fought with four paws… 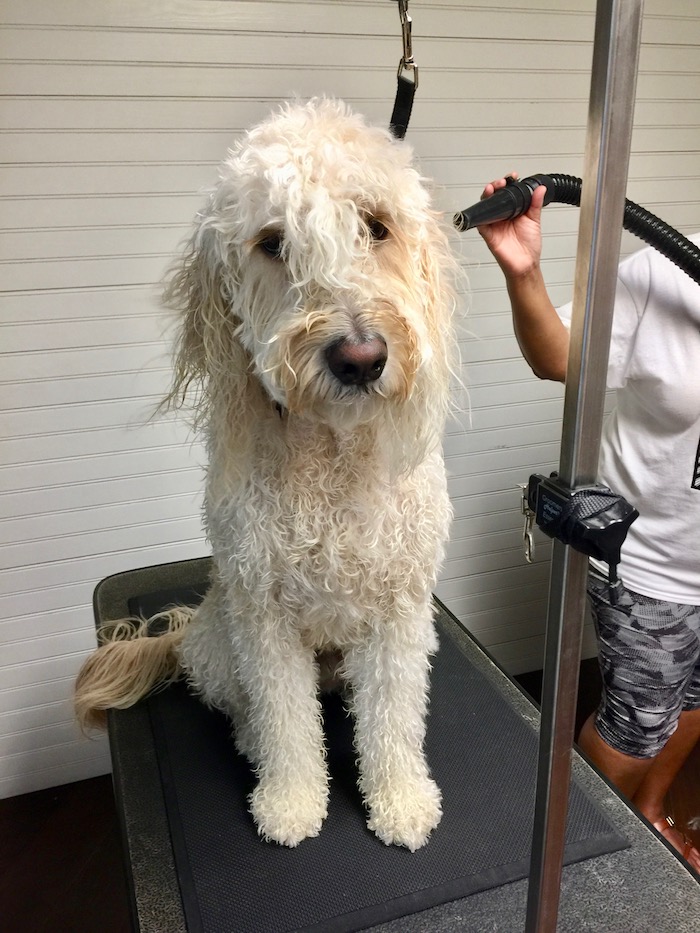 As I struggled with two doods, Seth was finishing up his third or forth dog. His technique is impressive #fursure

I asked him if we could work and talk and he graciously said “yes.” Spending now what was closer to four hours with him, I wanted to know more about what groomers experience. 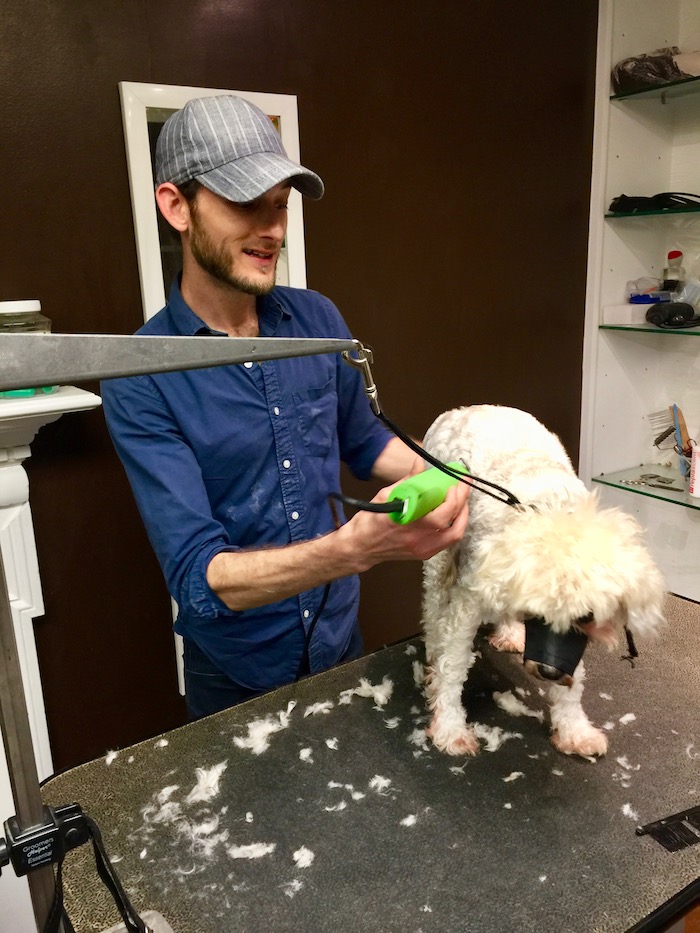 So I asked him about the muzzle.

He said getting bit while grooming a dog is more common than many people think. It makes it harder to bond with the dog, and grooming the muzzled area is a challenge. But he has to protect himself.

Certain breeds require regular grooming and daily brushing – but lot’s of pet parents don’t know or either don’t care. They wait too long and get angry when the only alternative is to shave the hair off… 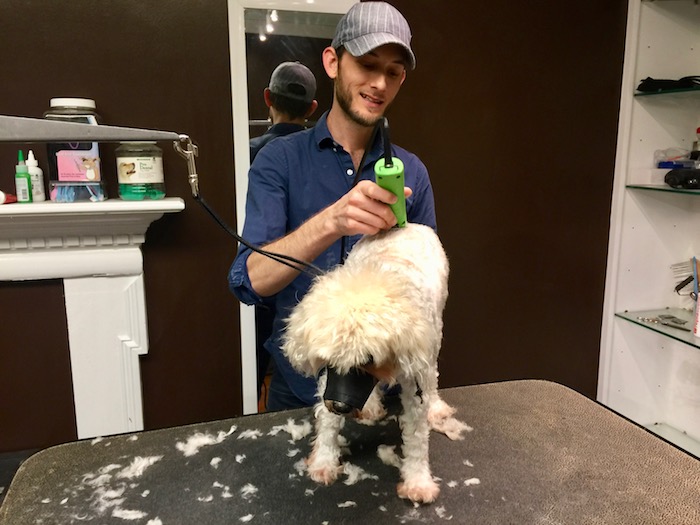 Seth loves what he does, and he is exceptionally talented with his tools. We talked about stress levels. He said it can be high at times.

Often the pet parents expectations are unrealistic – and try as they might, the groomers are left to deal with the wrath if the end result doesn’t please the customer.

It was mind-blowing at how close Seth was able to get the two to look alike. Unfortunately I left before the pet parent came back.

TAKE NOTHING FOR GRANTED –

After grueling non-stop work, I survived and so did the Boys…. 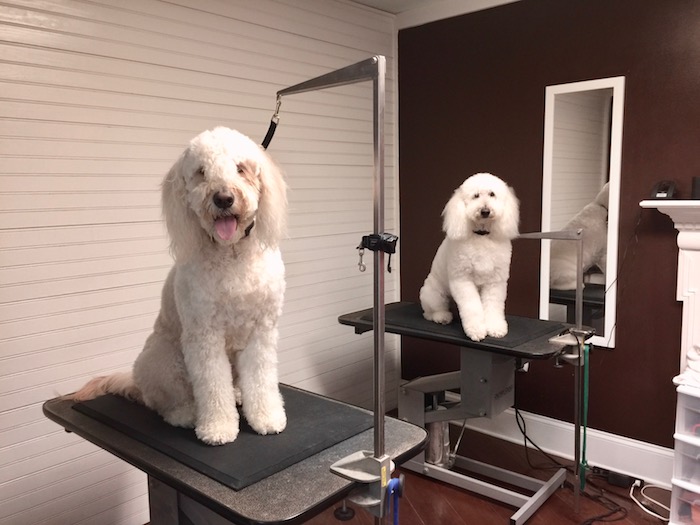 That evening I sat in a chair, unable to move. My heating pad was on high and I opted for something stronger in my glass than my usual red wine. #gottadoit

I hope and pray I never forget that afternoon, the pain it caused, and the conversation I had. Seth loves what he does, it’s a calling he answered years ago, and he is truly a gift to so many dogs… 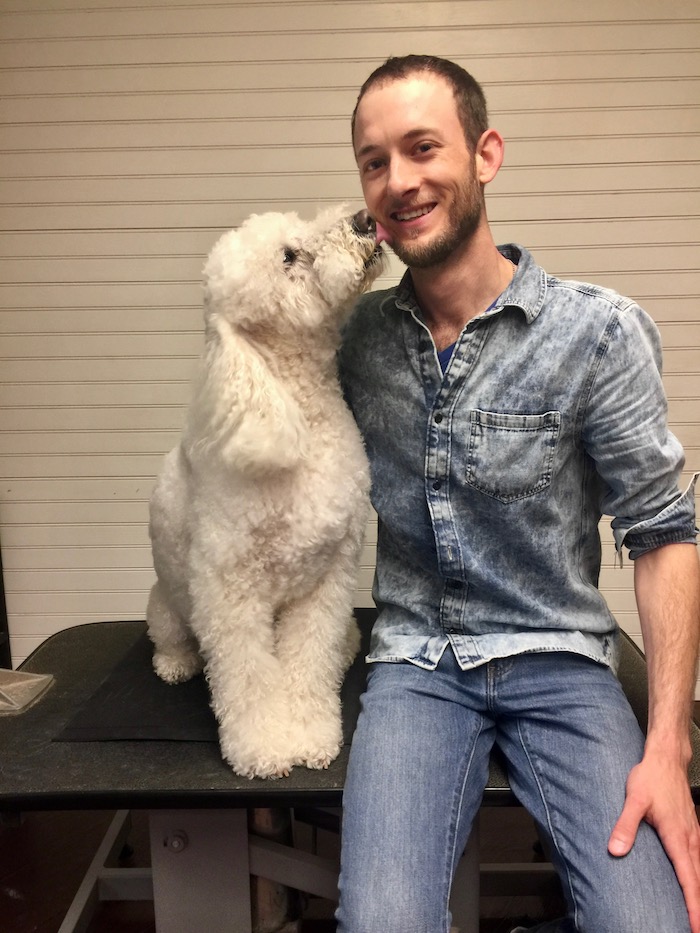 My one little solo experience in his world has made me conscious of so many other jobs that are done for my creature comforts and all that it entails.

I’m learning everyday to SEE AND APPRECIATE those who do so much for others.

You know what else I’ve learned not to take for granted?

We are now booked until January 2019 #sweetbabyJesus

In a world where you can be anything – be kind ❤️