Friday, I went to Pennsylvania to pick up a new puppy. An 8 week 8.5 lb female Goldendoodle named Finley… 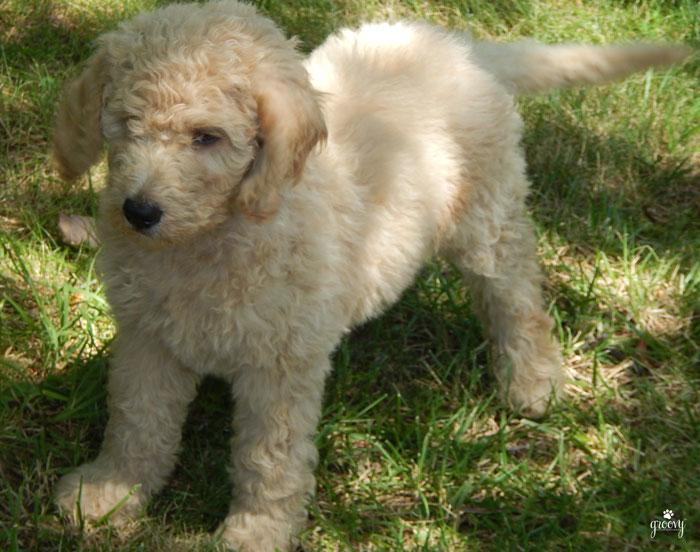 The 2nd generation pups are – recommended for families with moderate to severe allergies due to their wavy or curly coats.

That’s why Finley is a perfect match for my neighbors! Marshall has mild allergies, yet is not symptomatic around the Boys. (more on hypoallergenic pets coming soon) 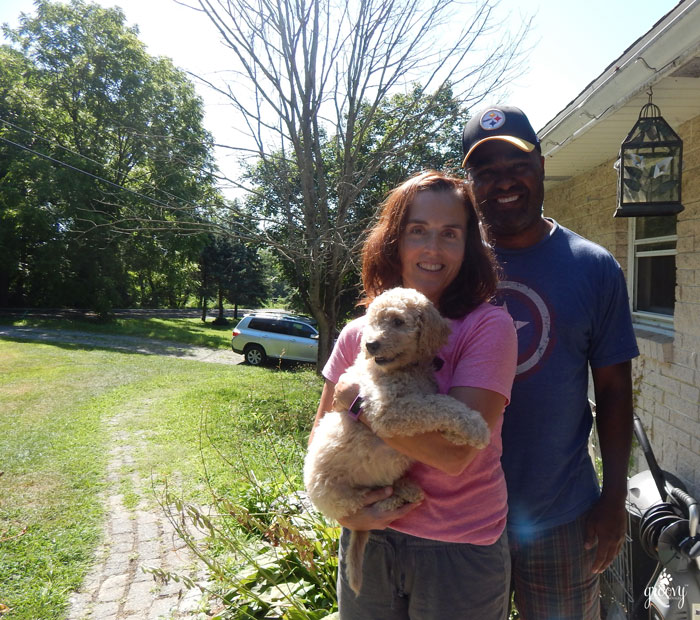 Did you think Finley was for me? #nowayjose

For the past two years, you’ve read posts and looked at pawdorable photos of my little human friends from next door with Harley, Leo and now Jax… 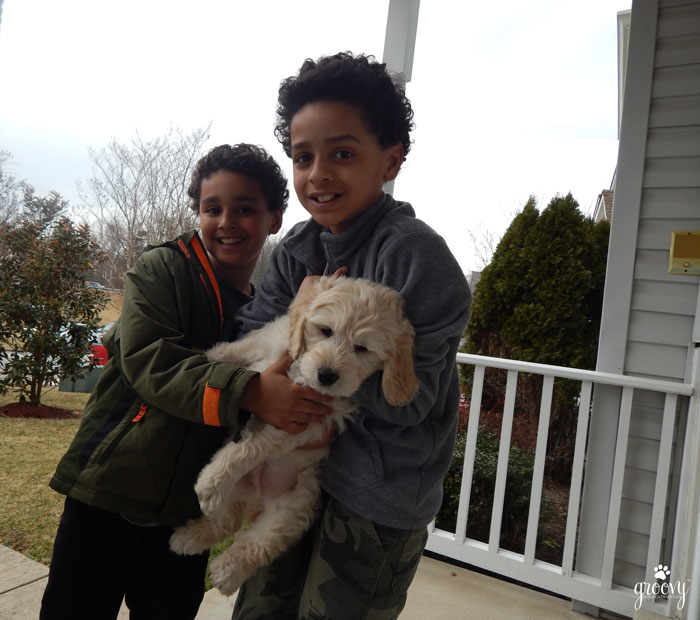 And for over a year Marshall and Mason have been –

So after much deliberation, family meetings, research, prayer, and patience –  this weekend, it finally happened.

Collar me flattered, because I went too!

I love these three photos because I think all pet parents have been here. 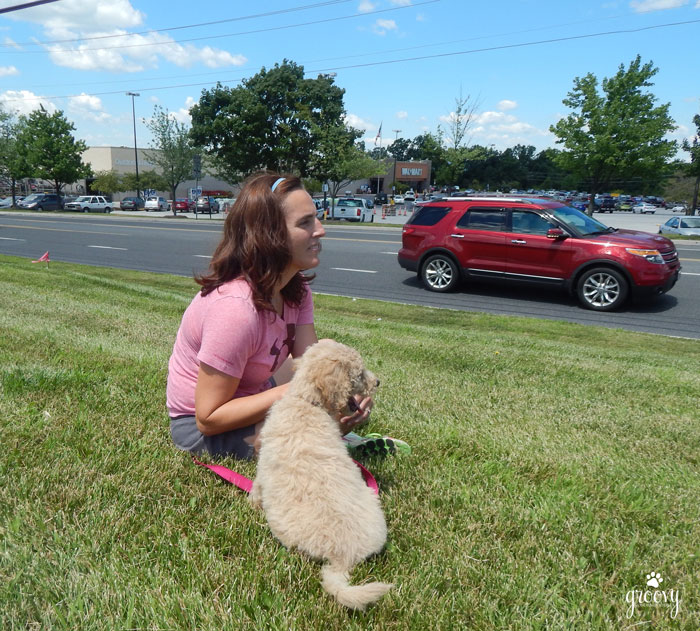 2.   Then you #womanup and reaffirm “doodle-dog-gone-it” this IS what you want in your life at this EXACT moment, and you start to feel like ice cream, Christmas, and a new pair of heels all at the same time?… 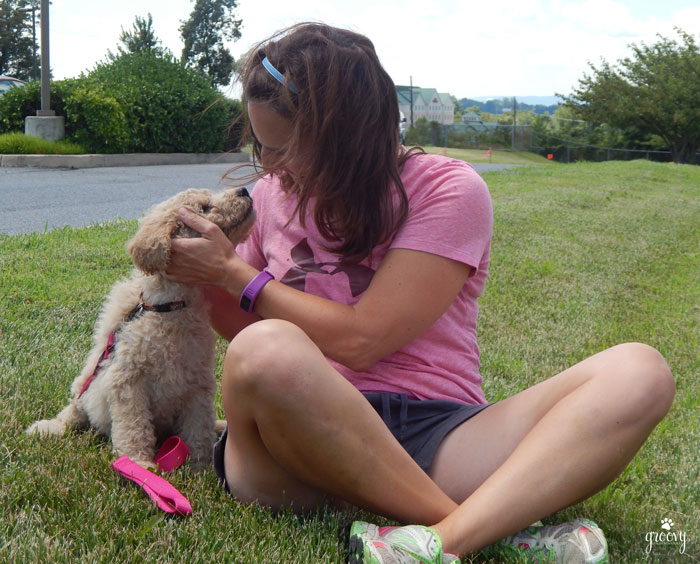 3.    OR – even though you’re knocking on 40’s door – you cast your maturity over the fence, plop down on the grass and play like your 10 years old again… 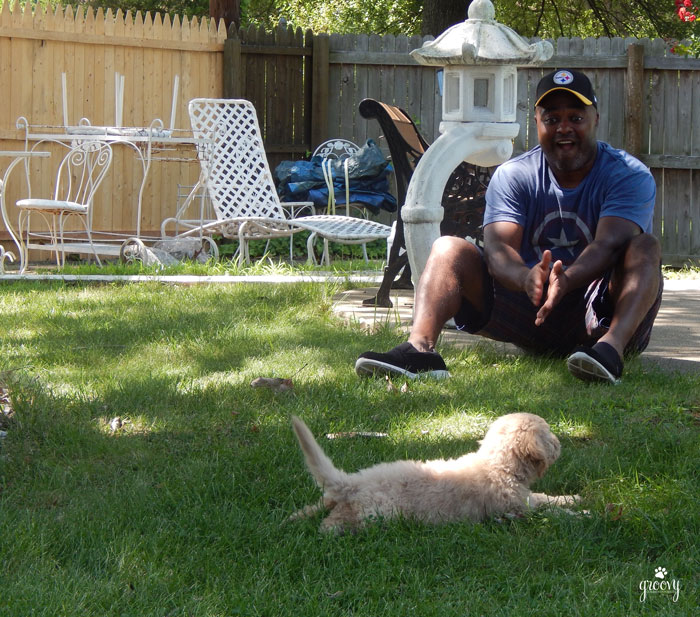 Marshall and Mason stayed with their Grandmother while the adults took the trip. When they saw Finely for the first time – I had to turn away, it brought tears to my eyes #Imapunk… 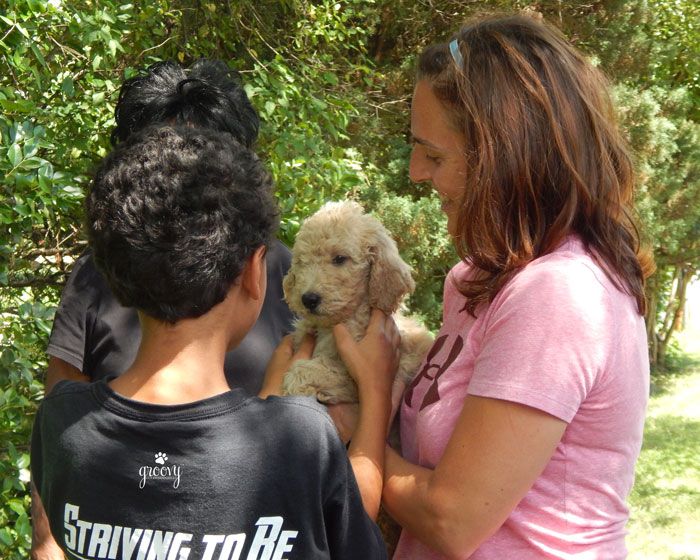 I watch AGT every week. #talentaddict I applaud from my couch when a judge slaps the golden buzzer which places an act straight through to Radio City Music Hall…

Last week, Finley won the golden buzzer when she met these two… 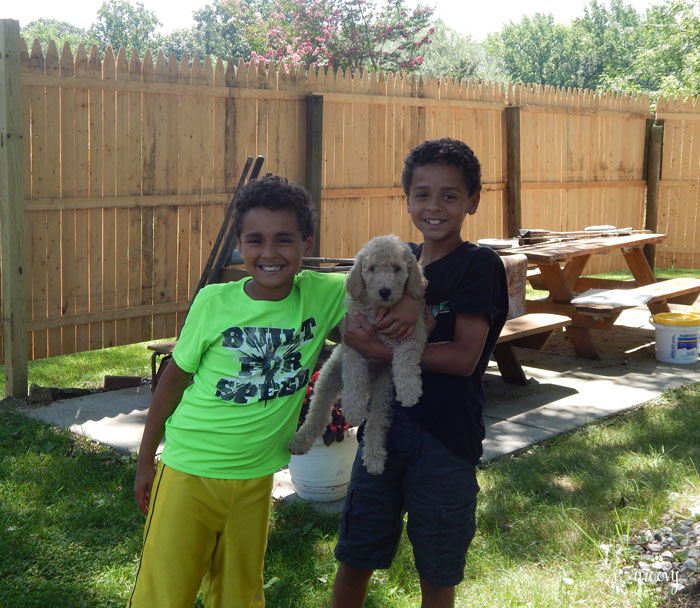 I love traveling by car to new and different parts of this beautiful country. And if my road less traveled takes me off the highway, that’s even better.

Passing through a small town somewhere between MD and Penn, the car grew silent as we noticed banners on every light pole.

They were honoring their “hometown heroes” from almost every conflict.  While my face beamed as I thought “what a special gesture” – my heart ached because every pole was taken… 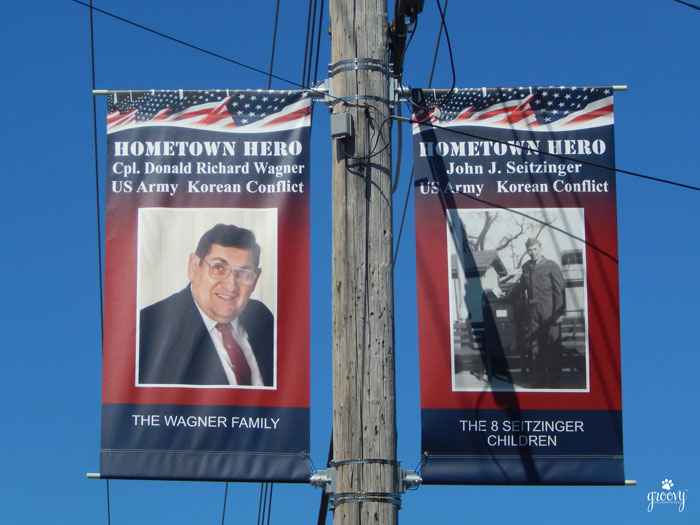 It touched us deeply – so I wanted to share.